So, you’ve heard that wah-wah sound in Hendrix, (early) Clapton, and even John Squire’s guitar solos. You’ve watched guitarists express themselves with their feet as well as their fingers, and you’re wondering if you could do the same. How easy is it? Do you tap in time to the music, or is it a slow, steady shift that you do with your foot? Doesn’t it make you feel a bit like you’re going to fall over?

Well, good news: it’s pretty easy. It takes a bit of getting used to, but if you start off doing it right, you’ll be rocking that cry baby sound in no time.

Here are our tips on how to use a wah pedal that will get you sounding great on guitar. For more information on using a Wah Pedal, take a look at a full buyer’s guide here.

1) Rock with the Bend

If you’re aiming to sound like Hendrix, Cream, or Kravitz, the trick is to rock your foot in the same time as you bend the string. If you’re exhibiting a slow bend, move your foot slowly; if it’s fast, step quickly. Your foot and your picking hand should be working in sync together, to allow you to effectively express yourself.

Expressing yourself is possibly one of the most important parts of playing music! If you consider your wah as simply another tool to enable that, it will make the process of using one much easier. Consider, which notes do you want to cry out? Where does the emotion lie? If you can answer that, your foot can hit the wah in exactly the right places.

Some people prefer to use the wah as a filter pedal. If you keep it still in a chosen position, you can emphasize either high or low frequencies, whilst cutting others out.

This can give your playing color and give you more control over your overall output.

Funky players, you’re going to have to get quick with your feet. Either muted or staccato chords are often played in funk music, with quick wah-wah action. Here, you use your foot as a percussive instrument, rather than a tool for expression, and move it in time with the beat. A lot of funk players prefer to use an auto wah, as it saves them from impossibly fast stamping.

As you can see, the way you use your wah will largely depend on what kind of a player you are! If you’re looking for Hendrix-esque, wailing sounds, slowly rocking with the bends is the way to go. Expression is the key thing to remember here: which notes do you want to scream out more than the others?

If you’re more interested in getting funky, fast pedal action whilst you strum either staccato or muted chords is the most appropriate way to use your wah pedal. Alternatively, you might consider an auto wah.

You might be a versatile guitarist who plans on experimenting with all of these techniques! Whichever category your playing falls into, we hope that you have fun and that this article has taken you a step closer to stepping on the wah. 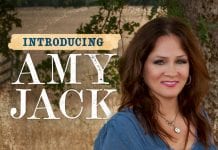 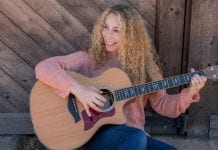 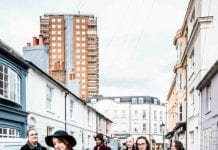