I talk to musicians all the time who want to hire a publicist or ask about doing it themselves. One thing I’ve found is that most artists don’t really understand what publicity is. One of a publicist’s main functions is to generate press coverage on behalf of clients and to serve as the bridge between clients, media outlets and their public. My job is to liaise with the press.

Publicists write press releases, manage campaigns and perform other public relations functions. A publicist is the one who builds and maintains relationships between the artist and members of the media. You should not expect them to book your gig or plan your tour or find you an agent or secure a record label deal for you.  You CAN count on a good one to bring you your favorite coffee and remember that you don’t like cheese on your salad, though.

There is so much that goes into being a publicist. I’ve done everything from conducting mock interviews, helping with wardrobe selection and setting up charitable endowments to getting a client a VIP tour of a zoo and helping with social media posts. A lot of people call publicists “handlers” and that really is accurate – we pretty much “handle” everything.

So are you ready for a publicity campaign? Here are a few things to ask yourself:

Do you have new material to promote? Are you working on a new EP or full length CD? Now would be a good time to start thinking about getting the word out. One of my favorite things as a publicist is to launch a new record or tour.  Let your publicist show you off to the media!

There are some aspects of publicity that can only come with brand new material. Think of all of the time and money you’ve spent getting your creation ready to go. It would be a shame to waste all of that effort and generate no buzz for your “baby.” Which leads directly to the next question….

Do you have a PR budget? One of the biggest mistakes (and most frustrating aspects of my   job) I see artists make is spending every last cent they have to make a killer record and then having nothing left for promotion. You can make the greatest album in the world, but if nobody hears it because you can’t afford PR – how great is it really? Publicity isn’t cheap, but it isn’t nearly as expensive as a lot of DIY artists think. A good publicist will work with you to create a plan that will get your music exposure while working within your budget. But you need to have a budget – publicists work long hours trying to develop relationships and build credibility with the media – you’re paying for their time and that knowledge. Again, on to the next question…..

Are you planning on guaranteed results & increased sales? Well, don’t. Publicity does not guarantee results; and if you come across a publicist who says they will “make you famous” or help you “sell 1000 records” – RUN. That doesn’t mean you should expect NO results, but keep in mind that you never know when your publicist’s efforts will pay off. Sometimes it is weeks or months before the buzz generated by your campaign starts to show results. Publicity campaigns are marathons, not sprints. It’s a long term investment in your future. Speaking of your future….

How do you define success as an artist? One of the first things I ask potential new clients is to tell me what some of their goals are. What are they trying to accomplish in their career?  If a band or artist can’t answer those kinds of questions, then they probably aren’t ready to invest in a PR campaign. I can’t stress enough the importance of communication and having a plan in place with your publicist. Set specific goals (NOT “sell one meee-lion records!”) and define a clear course on what each of you is going to do to get there. Setting up certain expectations of each other is imperative – that way nobody feels let down when they don’t hear their song on every college radio station in the Midwest. I treat my clients like we are all part of a team – working together to get the word out about them and their product.

It all boils down to clear communication of goals and the expected outcome of each particular publicity campaign. The subsequent plan and budget can be constructed around your desired end result based on the amount of time and effort you AND your publicist are going to put into the project. Yes, I did call it a marathon and most of those are run by individuals; but think of your venture as more of a team relay event. Cue the Chariots of Fire theme…. 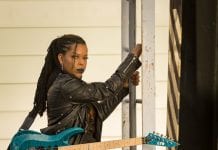 Guitar Gabby on Being a BOSS: The Business Behind the Music 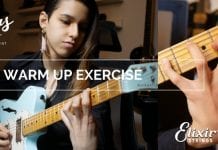 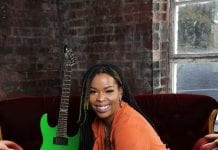 Guitar Gabby on Being a BOSS: Fighting on Behalf of Women of Color