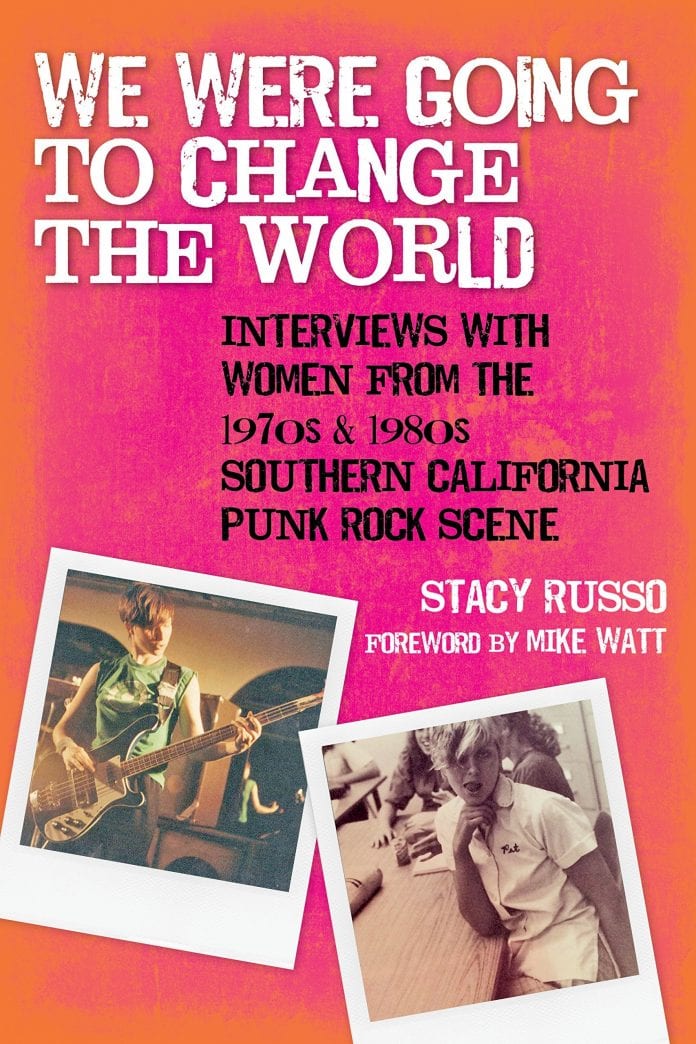 Librarian, educator, poet and writer Stacy Russo of Southern California brings us a collection of interviews and photographs from women immersed in the Southern California Punk Rock Scene during the ‘70s and ‘80s. What makes Russo’s publication interesting is this fact that the subjects interviewed were not just the musicians from that era, but the photographers, writers and fans which provided another perspective.

We Were Going to
Change The World

The foreward is written by bassist Mike Watt best known for his work with rock bands Minutemen, Dos, Firehouse, Big Walnuts Yonder, Banyan, and The Stooges. He speaks of those days with his buddy D. Boon experimenting with music and how they stumbled upon the punk rock scene. He attributes his inspiration to pursue his musical career in this genre to the women he witnessed on stage performing- in particular, Alice Bag.

The inspiration behind Russo’s book? She was struck with the idea after attending an oral history workshop by the social justice organization Voice of Witness. She herself grew up in the Southern California punk rock scene during that time and knew how it had impacted her life. She wondered how it had affected others like her and what attracted them to the scene in the first place. Where are they now? So, it began.

After countless hours of research, conducting and editing interviews over several years, and some self-reflection, Russo delivers an informative, moving and empowering resource about the life and times of the women involved in the punk rock movement in Southern California. What drove their desires, their passions, their angst?

The book contains 37 interviews, photos, and a glossary. Several influential musicians from that time will include Exene Cervenka, who by the way will be featured in the exhibit “X: 40 YEARS OF PUNK IN LOS ANGELES” opening at the Grammy Museum in Los Angeles on Friday, October 13, as well as Alice Bag, Kira, Phranc, Johanna Went, Teresa Covarriubias, and Jennifer Precious Finch. Many other musicians, writers, photographers, DJs and fans are also included.

I enjoyed reading the stories of these women which made it an easy read. They were so open and honest and at times it just felt as if they were sitting in the same room chatting with you. Definitely a book worth reading to learn more about the women involved in the early punk rock movement in Southern California.

About the Author:  Stacy Russo grew up in the 1980s Southern California punk rock scene. She is a librarian and professor at Santa Ana College in Santa Ana, California. Stacy is the editor of Life as Activism: June Jordan’s Writings from The Progressive (Litwin Books, 2014) and the author of The Library as Place in California (McFarland, 2007). Her articles, poetry, and reviews have appeared in Feminist Teacher, Feminist Collections, American Libraries, Counterpoise, Library Journal, the Chaffey Review, and Serials Review. Stacy is an active poet and writer in the independent publishing and zine community in Los Angeles and Orange County, California. Her self-published poetry zines include Poems a Librarian Wrote on Her Lunch Break and Young and Hungry in Paradise. She holds degrees from the University of California, Berkeley; Chapman University; and San Jose State University. (Stacy Russo) 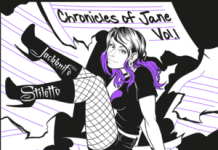