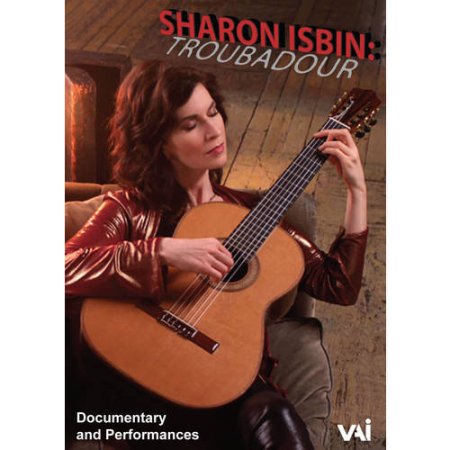 This insightful documentary details the life of Ms. Isbin from a young age where she had dreams of becoming a scientist like her father, building and launching model rockets, through her adolescent years learning to play guitar, and on through her early professional career to her current performances and work as an extraordinarily gifted guitarist and founder of the Guitar Program at the prestigious The Juilliard School.

Ms. Isbin reflects in this in-depth and inspiring documentary how her father made her practice guitar at least an hour a day before she could tend to her model rockets. She recalls when she realized that her passion for music would forever change her life.

A young female classical guitarist in a typically male-dominated music industry, Ms. Isbin took to practicing the guitar for five hours a day, performing whenever she could, and entering contests that were typically reserved for male students. She said she not only had to fight to become a recognized accomplished guitarist, but also had to fight as a “woman” to become a recognized accomplished guitarist.

Her tenacity to succeed and be recognized as one of the top classical guitarists in the world and to seek out and work with composers across different genres to create outstanding guitar concertos, shines through in her exceptional works of music she has created over the decades. Not only has Ms. Isbin accomplished her goal as a highly regarded classical guitarist in the music world, she passionately pursues bringing her knowledge of music to future generations of musicians through the Guitar Program at Julliard which she founded in 1989, and the Aspen Music Festival.

Guest speakers on the documentary include Michelle Obama, Martina Navratilova, Janis Ian, Steve Vai, Joan Baez, among others, as well as composers Joan Tower, John Corigliano, Christopher Rouse, and Tan Dun, to name a few. Navratilova likened Ms. Isbin’s career to her career in tennis stating that there weren’t a great deal of female tennis players to look up to when she began her career, and considers Ms. Isbin a pioneer. Janis Ian said, “There’s thousands of little girls out there who hear Sharon who now know that that’s open to them … that’s huge.”

Not only will viewers of this documentary learn about Ms. Isbin’s background, they will also be treated to performances by this tenacious and talented Troubadour. 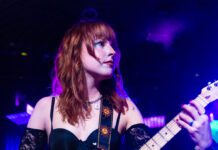