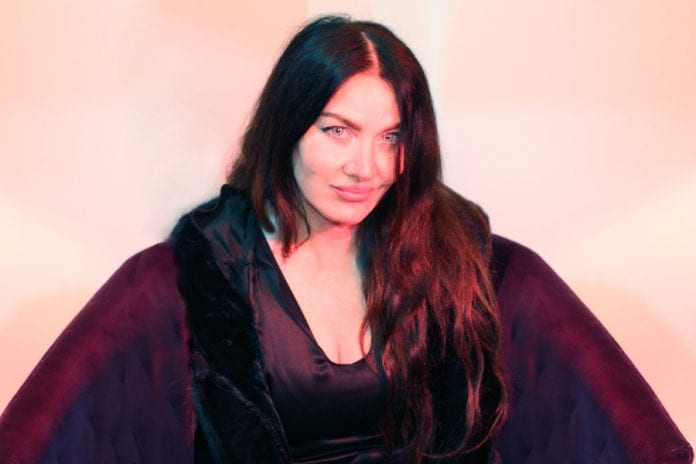 Southern California-based singer-songwriter and producer Betty Moon introduces “Dead Out Of Love,” a track from her impending EP, slated for release June 12.

Talking about the song, Betty says, “I purposely wrote this song without a verse, I wanted to create room for this dynamic, building type energy to form and the chorus says it all. It’s about staying free, living your own life with your own rules. Sometimes we get tied down in bad relationships or other unfortunate situations, and breaking free when you feel uncomfortable doing so is quite liberating.”

Last year saw Betty not only releasing her ninth album, Hellucination, but racking up Grammy nominations for Best Pop Solo Performance, Song of the Year, Best Music Video, and Record of the Year. Betty Moon came on the scene during the late ‘80s, fronting the band Bambi, which put out an album called Rock On. Rock On sold thousands of copies, causing a stir. A&M approached Betty and signed her, followed by releasing her self-titled album, followed by Polygram acquiring A&M, followed by Betty getting lost in the shuffle.

Never one to sit around and do nothing, Betty put together Violet Records, resuscitated a sound studio, and kept making music. Not only was she good at music, but she discovered she was good at business, too. By the time 2005 rolled around, Betty had founded Evolver Music, which did everything from developing artists to producing music videos.

“Dead Out Of Love” opens on surging muscular tones topped by glowing Siren-like harmonies riding a hefty alt-rock rhythm made up of a fat, thumping bassline and driving percussion. There’s a raw edginess to the harmonics, giving the song both growling energy and deliciously galvanizing melodicism.

A heavy, rumbling bridge infuses the tune with wickedly vibrating, almost tribal, textures. Betty’s voice, ranging from luminous and velvety to searing and tough, imbues the lyrics with atavistic oomph.

On “Dead Out Of Love,” Betty Moon dishes out visceral alt-rock with tints of electro-pop, setting the atmosphere alight with primal flair.