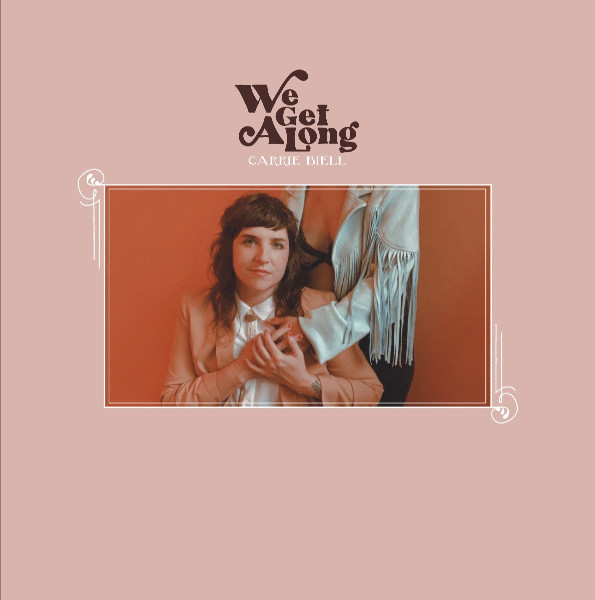 Seattle-based singer-songwriter Carrie Biell drops a new full-length album, We Get Along, inspired by the isolation and quiet of quarantine.

A twin and the daughter of Deaf parents, Carrie grew up amidst atypical circumstances. As a teenager, she came out and then connected with other Queer artists. Music provided her with access to the indie-rock scene in Seattle. In 2001, she dropped Symphony of Sirens, which opened the door further, putting her in Seattle’s top venues and garnering lots of airplay.

After four albums and constant touring, Carrie gave birth to her son in 2013. In 2016, she and her twin sister, Cat Biell, formed the queer synth-rock band Moon Palace. Along with Jude Miqueli (drums) and Gabriel Molinaro (synths), Moon Palace delivers psychedelic, dreamy shoegaze.

We Get Along embraces 10-tracks, beginning with “Come By,” a low-slung tune blending hints of dream-pop with alt-rock. Conjuring up suggestions of 4 Non Blondes, the song drifts and flows on creamy textures.

Highlights include “Better Part of Monday,” with its austere acoustic guitar tones supporting Carrie’s sighing voice. Light, sweeping strings fill the backdrop with sumptuous filaments. Eventually, the tune ramps up a bit, taking on the essence of folk-rock.

The retro savors of “What Good Does It Do” carry listeners back to the ‘80s, rolling out on shimmering colors and a syncopated rhythm, capped by Carrie’s forlorn timbres, infusing the song with a sense of hopelessness.

The title track merges tangs of country with alt-rock, resulting in one of the album’s most radio-ready songs. Beaucoup wah-wah-flavored guitars give the tune psychedelic aromas. A personal favorite, “California Baby,” travels on delicious alt-country leitmotifs as Carrie’s wonderfully rasping breathy tones imbue the lyrics with warm, quixotic colors.

“I wanna travel through some canyon roads with you / Haven’t been to LA in several years / Believe me when I say it / I’m a California baby, but I am Northwest honey through and through.”

There’s a beguiling mood and feel to We Get Along – a touch of mist, low guitars, and lustrous melodies make this an excellent album.