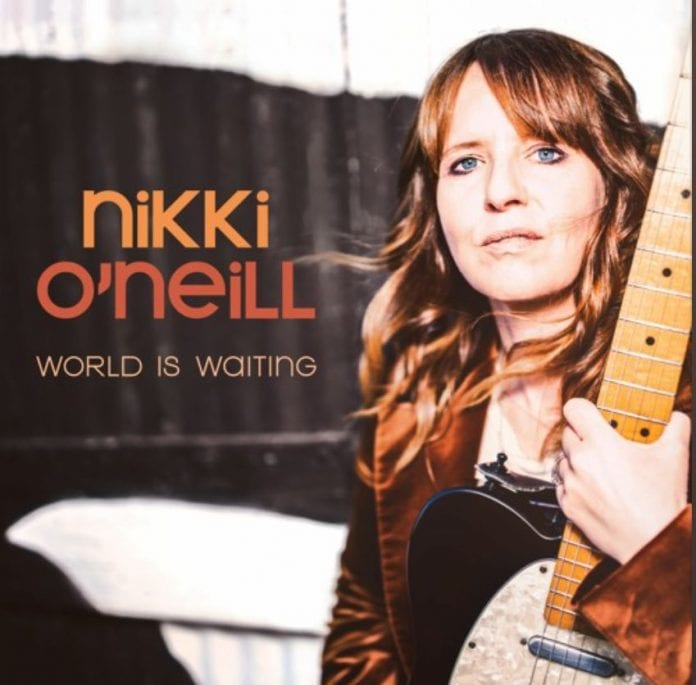 With her new album World Is Waiting dropping tomorrow via Blackbird Record Label, the Los Angeles-based Americana and blues musician Nikki O’Neill portrays a classic display of guitar mastership and vocal quality. With R&B, gospel, and country influences, this album demonstrates the artist’s raw talent with a sound that can be compared to rock and roll greats such as Bonnie Raitt and the Chicks.

O’Neill is backed by a five-piece band with their own tremendous talent; however, she makes every minute matter through this album with song-telling stories of motivation and triumph. The title track “World is Waiting” is an anthem of power and emotion through a single track. Other influential songs include “You’re The Only One Who Gets Me,” the leading single off the record. This twangy tune tells a tale of new love by chance and opening to new truths in life. O’Neill slows it down with the gospel tune “A Place at the Table” is a touching tribute to Aretha Franklin cowritten with Paul Mensler after the iconic musician’s passing.

Sometimes funky and all the time fresh, World Is Waiting is an album to sing along to and play air drums with a rhymical appeal from start to finish. The clean mixing and harmonies from Nikki O’Neill and her band create a pure tone with a wild side to demonstrate the true meaning of rock and roll. World is Waiting by Nikki O’Neill pays tributes to classical roots with a sound all her own.