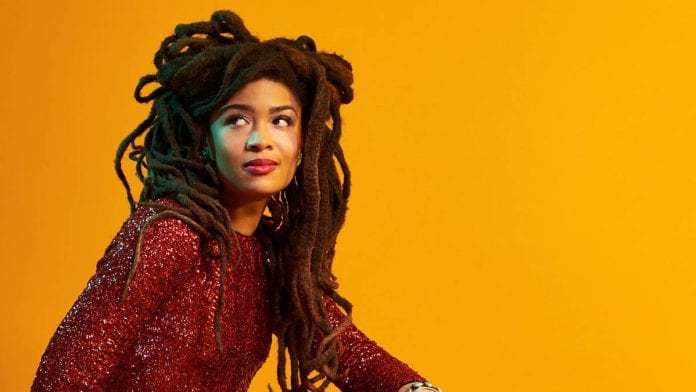 Americana fuses independence and artistry, two elements crafted and well-defined by countless musicians. The artists within the Americana genre deliver a very pure, authentic form of music derived from real-life experiences and founded upon the nitty-gritty roots of blues, country, soul, and other purely American styles.

In particular, women have had an extreme impact on the genre – releasing album after album and touring endlessly, these women are keeping the genre in the forefront of our culture, and truly embody the spirit of Americana music. Unfortunately, sometimes these great artist’s individual efforts, go unrecognized in comparison to the more “mainstream” artists.

Let’s take a look at some the artists that represent the current, wonderful state of Americana.

Though Carlile’s music falls into the Americana genre, her songs can be categorized individually as pop, rock, alternative country, and folk. Though she’s been active in music since 2004, she’s only recently achieved mainstream recognition from the industry. The Washington native’s most recent album, By the Way, I Forgive You, was released in 2018 to critical acclaim. When the 2019 Grammy nominations were announced in December, it was no surprise to those who follow Carlile that she is in the running with six nominations (including one for “Best Americana Album”).

Price is without a doubt an artist to keep your eye on. With a Nashville-inspired sound, she’s considered Country’s Next Star,” performing late-night television, major music festivals, and garnering attention worldwide. As a result of her successful second studio album, All American Made, she received her first Grammy nomination for Best New Artist for 2019.

Cash has been a staple in Americana for decades. Daughter of Johnny Cash, she has achieved great critical and commercial success in her own right. Since the 1970s, Cash has been recognized for her work in country music – garnering multiple nominations by the Academy of Country Music and Country Music Association. In recent years, she has gained traction as an Americana artist, receiving the “Spirit of Americana” Free Speech Award at the 2018 Americana Honors and Awards event. She Remembers Everything, her first album since her 2014 (and three-time Grammy-winner) The River and the Thread, has been released to critical acclaim.

For decades, Gauthier has created music that is both meaningful to her audience and herself. Her most recent record, Rifles & Rosary Beads, is an excellent example of just that. So great, in fact, that it earned Gauthier her first Grammy nomination – as a vocalist in the category of Best Folk Album. Not only that, it was nominated for Record of the Year by the Americana Music Association. The album is a collaboration between Gauthier and U.S. military combat veterans and their family members and is worth checking out. Gauthier has been nominated as International Artist of the Year in the upcoming UK Americana Awards Show.

After taking a hiatus lasting several years, country music star Lee Ann Womack returned to making music in 2014. However, this return marked a point in her artistry that strayed from traditional country sounds and moved into Americana. Womack has proven that it is possible to achieve crossover success; her new album, The Lonely, the Lonesome, and the Gone, has been nominated for a 2019 Grammy award under the Best Americana Album category.

Singer, songwriter, and violinist Amanda Shires is a true original. Now residing in Nashville, this Texas native has released several albums that capture the essence of modern Americana. Her latest work, To the Sunset, is not only one of the best-reviewed albums of the year but won her – as well as husband Jason Isbell – the Duo/Group of the Year award at the 2018 Americana Honors & Awards.


Expectations are high for musical prodigy Molly Tuttle; she’s won the International Bluegrass Music Association’s Guitar Player of the Year award not once, but twice, and has become very well known in the Americana genre these past couples of years having recently won Instrumentalist of the Year at the 2018 Americana Honors and Awards in Nashville. Her latest triumph, and first solo record, Rise, blends her best qualities and talents in regards to both performing and songwriting. It’s no wonder that Rise was nominated for Album of the Year at the 2018 International Bluegrass Music Awards.

Though the songs this Memphis native creates touch on the folk, blues, gospel, soul, country, and bluegrass genres, they offer the listener a classic sound that is not outdated. Her 2017 album, Order of Time, demonstrates her talents and versatility in all genres, blending musical stylings into a delightful piece of Americana. Aside from her musical abilities, her voice channels very unique qualities; at times it is raspy, then perhaps warm and smooth. Regardless, her style is unique and one to be admired and enjoyed. June has gained significant traction in recent years and has become widely recognized as one of the great Americana artists to recently. This recognition, in fact, has primed her for a bigger stage; in February 2019, she’ll be part of a lineup including Dave Matthews and Warren Haynes.

This is just a small sampling of the many talented female artists in the Americana scene. Explore on your own to learn more about the artists past and present that tell so many wonderful stories through this genre. 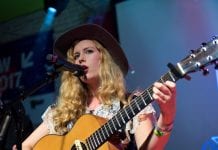