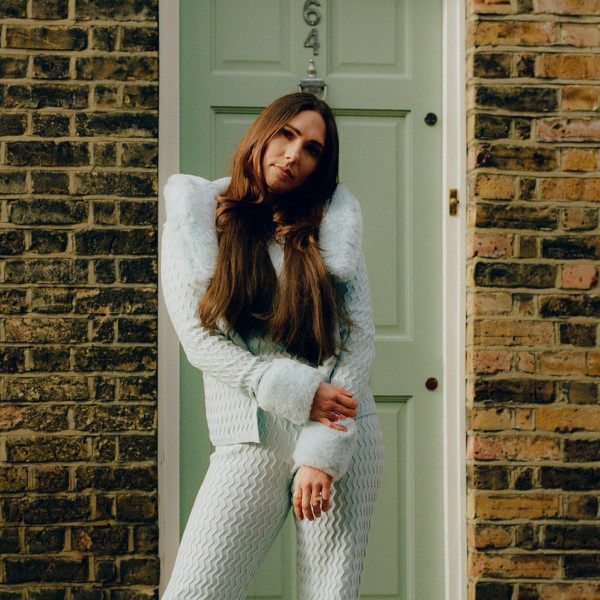 Explaining “Radio, Mabes shares, “I wrote ‘Radio’ about hearing a song that takes you back years… in this instance, it reminds me of a past relationship that I look back on fondly. The lyrics mention how I always skip this song, but I hear it in the back of a taxi and it’s in my head for ages reminding me of that past love.”

Growing up in Billericay, Mabes immersed herself in the music and legends of Nashville. Learning guitar at 15, she starts performing at open mic nights. Until recently, she worked a 9 to 5 job. With the release of her debut album, Wait & See, which amassed 38 million streams during its first year, as well as beaucoup praise from listeners and the media – features in American Songwriter, Clash, The Independent, Spindle, and Earmilk, along with a lot of airplay on 6Music, BBC Radio 1, and BBC Radio 2.

Mabes’ sound is unique, amalgamating savors of pop, R&B, and hints of country into luscious songs differentiated by her sumptuously nuanced vocals.

Guitar Girl Magazine caught up with Mabes to ply her with questions about the genesis of “Radio/Lonely Nights,” her definition of tone, and what kind of guitar she plays.

If you could date any other musician or celebrity, who would it be and why?

John Mayer, because his talent is sexy as hell and he’s a genius!

Nostalgia. I wanted to bring back the 2000s pop sound with my own country twist.

Where were the tracks recorded, and what did the recording process look like since most likely some of it was recorded during the pandemic?

Radio was written and recorded on the same day at Tileyard Studios in London. The vocal on the track is from that day, it was one of those songs that just happened in the moment. Lonely Nights was written in Southend Essex but reflects my time living alone in Ealing Broadway London.

Tone comes from soul, feeling, and emotion. I think my tone has been running throughout all my songs, and I hope it always does.

What kind of guitar do you play? Why?

I play a Martin. I always wanted one since I started playing, and I found one on eBay for an absolute steal.

Any special techniques you like to use in the recording studio?

I never sit down, ask Matt Newman (Lonely Nights co-writer)!! When there’s a vibe in the studio, I really am high on life! I think that energy helps me vocalize and write the song.

Has your sound had a deliberate direction or did it simply gradually evolve in whatever direction it found?

It has definitely evolved naturally. I always want to experiment with new sounds.

Doja Cat and The Kid LAROI – different lanes to me in terms of style, but I have to admire their drive and passion.

What can we expect from you within the next 6 months? Any releases planned? Future gigs?

Much more to come, an album is on the cards. I also have just announced my first London Headline show in October! I’m hoping to have a band with me, I can’t wait!

Never compare yourself or your journey to another person or artist. Everyone has their own timeline, and the most important thing is to never give up.

With the reopening of music venues, do you plan on hitting the road?

Yes, I hopefully will get back to Scotland at some point, I love it there. But I’ve been so deprived of gigging that I’ll go anywhere they’ll have me!