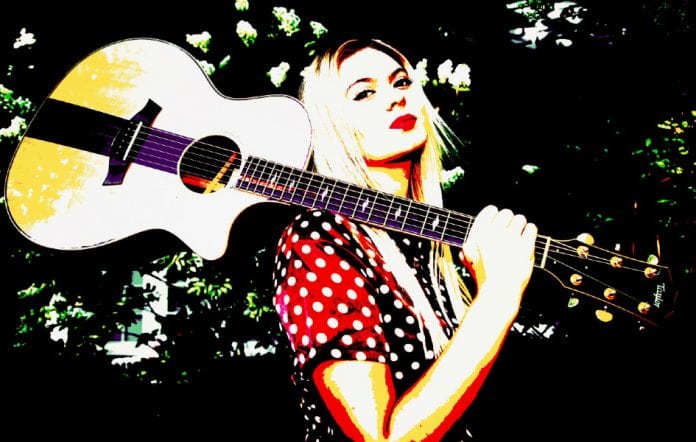 Pop artist Olivia Rox unveils the music/lyric video for “Go For It,” a track lifted from her debut album, Poprox, via Songbird Records. “Go For It” is about going for your dreams despite any doubts or fears.

The video, directed by Tamara Van Cleef, amalgamates live-action and dazzling animation into an audio-visual experience reminiscent of Disney’s Snow White, Olivia’s favorite movie as a child. Shot in a single take at a beautiful summer cottage in Canada, the video reminds viewers of a home movie.

“It Girl” went on to receive accolades as Best Pop Song, while the videos for “It Girl” and “Galileo” collected nominations for Best Independent Music Video, along with Best Producer/Production for “Shooting Star.”

Olivia has performed across North America, including the U.S. and Canada, and internationally in Europe, Asia, and Mexico. She skyrocketed to national attention as a Top 10 Finalist on Season 15 of American Idol. Her American Idol journey began in San Francisco, where she performed Bruno Mars’s “When I Was Your Man,” followed by advancing through Hollywood Week and the Showcase Week to the Top 24, and from there to the Top 10.

Since then, Olivia has released Poprox, last year’s bewitching, stripped-down Just A Girl & Her Guitar, as well as a steady stream of red-hot singles. During the pandemic, she unleashed The Olivia Rox Show via Facebook Watch, which immediately went viral, accumulating millions of viewers.

“Go For It” opens on a gorgeous, elegant piano, emanating longing tones as Olivia’s sumptuous voice narrates resolving to “go for it.” A potent pop-rock rhythm injects the harmonics with a luscious undulating cadence. On the chorus, Olivia’s impeccable timbres spiral up to the heavens, revealing her spectacular range and gift, holding a note going on forever.

“Cuz I sing for myself – and not for the wealth / Although the temptations may call / Sing from the heart – ever since the start / I knew that it was real / So although I may fail, not once will my tale be of regret / And I’ll leap and I’ll fall, but God don’t we all? / And I won’t ever forget this love that I possess / So I’m just gonna go for it.”

With “Go For It,” Olivia Rox struts her tour de force voice, delivering a superb anthem.

Listen/Download “Go For It.”