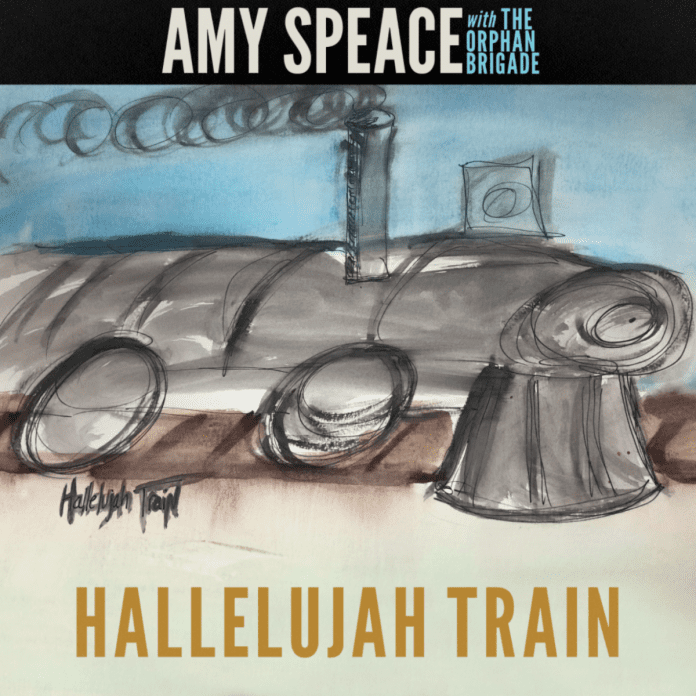 March 19, 2021 – Nashville, Tenn. – Looking back on a twelve-month span between her son’s first birthday and the loss of her father, award-winning singer and songwriter Amy Speace culled eleven new songs directly from her depth of personal experiences—childhood memories, coming of age in New York City, and losing a parent while learning to become one—to create her new full-length album, There Used to Be Horses Here; out April 30th on Proper Records/Wind Bone Records. While many of the subjects on the album are heavy, There Used to Be Horses Here isn’t a sad record. Instead, it’s a direct reflection of that year in Speace’s life, propelled by a playwright’s eye for detail, a performer’s gift of vocal delivery, a poet’s talent for concise writing, and the extraordinary musicianship of collaborators, The Orphan Brigade. The end result is a sum much greater than its parts; a calling card for fans and critics alike to ask themselves whether Speace still fits only into the folksinger box she’s long been placed in—or perhaps, with this new album, she deserves to be seen in a new light.

The album’s third single, “Hallelujah Train,” is now available everywhere. This morning, Holler debuted the video for the track saying, “The song is a heartfelt and uplifting offering that confidently nods towards the kind of songwriting prowess that we can expect from the album in its entirety.”

“Hallelujah Train” is the second song Speace wrote with album collaborators, The Orphan Brigade, and she brought the title to the studio “wanting it to reflect the gospel joy of crossing over.” The funeral train the song speaks of is not one of sadness but yet one of great joy and celebration.

Calling back my soul

Fans can hear all three singles right now right here and pre-order or pre-save the album at this link.

In its most powerful moments, There Used to Be Horses Here sets Speace’s majestic voice to symphonic arrangements, yet her songwriting remains intimate and emotional. As a fan and friend of the Nashville band The Orphan Brigade, she invited its three members—Neilson Hubbard, Ben Glover, and Joshua Britt—to collaborate as songwriters and co-producers, inspired by their persistent rhythms and sweeping sonic palette. Remembering her vocal sessions, Speace says simply, “While I was singing over what those guys were playing, it made me feel like I was flying.” Speace observes that every vocal performance on the album is the first or second take and that the musicians in the room are finding their way in the moment. The approach sums up her goal as a producer: “You need to make sure you press ‘Record’ while musicians are fumbling because while they’re trying it out is when the magic happens. You should never let anything be perfect.”

There Used to Be Horses Here is an album and exhibition of song-crafting that Speace is immensely proud of. “The best songs I have written have been since my son was born when I thought I was going to lose all creative powers to mothering—and it didn’t happen,” she says. “It kicked it into high gear and made me think, ‘I may not have much time left on the planet. Maybe I should just get to the point.'” When There Used to Be Horses Here winds down to its end, listeners will look back over the eleven-song journey to see Speace’s knack for vibrant storytelling and ability to capture hardship in beautiful detail on display; her craft sharper and more meaningful than ever before.