Home Interviews The catharsis of songwriting: An interview with Caroline Spence 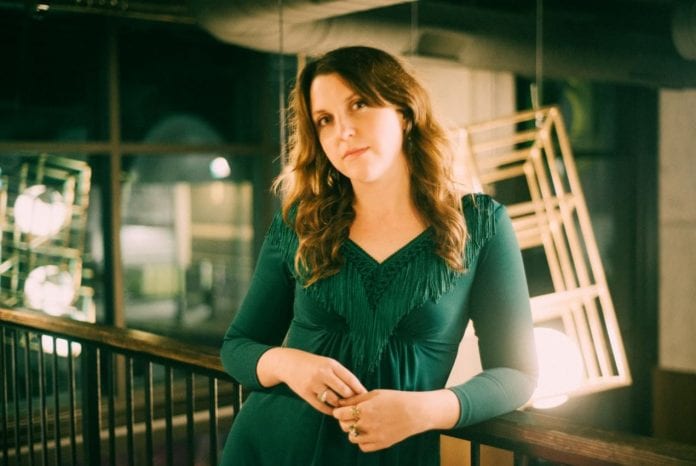 Nashville-based singer-songwriter Caroline Spence is gearing up for the release of her third full-length album, Mint Condition.

Produced by Dan Knobler at Goosehead Palace, and mixed by Gary Paczosa in Nashville, Mint Condition is set for release May 3. In 2017, Spence released her album Spades & Roses, which garnered her a lot of attention and solidified her position as a brilliant up and comer. Spence has already won numerous songwriting awards and has even caught the attention of American country music star Miranda Lambert.

Armed with a beautiful acoustic Gibson guitar, and her own approach to Americana, Spence’s music is a genuine reflection of emotions and struggles we all face.

This year is already shaping up to be a fantastic year for Spence, as she follows her upcoming album release with a very busy tour schedule. Luckily, Spence was able to take a couple of minutes to chat about her approach to songwriting, her favorite track, and her upcoming tour.

Who are some of your biggest influences?

I would say some of the people that got me excited about songwriting at a young age were Patty Griffin and Lori McKenna–they were people whose careers I had admired. I like the fact that they were both artists in their own right, but then they were able to have other artists record their music–that was, and still is, a goal of mine. My family was very much interested in listening to music, so it was kind of everywhere when I was growing up.

So you started writing music at the age of 6 and then playing music live at 15. How has your sound and approach to music changed over time?

I don’t know how much it has changed, to be honest. I think I’ve just grown. I was a girl and now I’m a woman. I was glad that I went through the whole process of writing when I was really young because I think when you’re writing when you’re a teenager you aren’t thinking about an audience, you’re just doing it because you are compelled to do it.

As I woman, I still try to write that way. Even though I’m so aware of the audience now, I try to think like that 16-year-old girl in her bedroom when I’m really trying to get at the heart at what I’m trying to write about. I’ve actually tried to consciously keep that little fire burning, but over time you do some trade work on your craft and you get better in that way.

So in your upcoming album Mint Condition, what has inspired some of the songs?

I write because I don’t understand something. I think that a lot of the things I end up sitting down and writing about are things that every other channel I have in my life hasn’t led me to figuring it out. Maybe it’s a moment in a relationship that I’m just not getting through, and sometimes I can sit down with a guitar and sing the thing I couldn’t say in person. I don’t know why but there is some sort of freedom of my sub-conscious, that something in my sub-conscious is freed up when I sit down to write. I think sometimes that act of self-discovery is writing the song, of being able to put your finger on the thing that you’ve been feeling. For me, writing has always been the avenue to do that.

Then sometimes you look back, like on this record I didn’t intend to have this effect. There is definitely a story there, you can get the feeling, you can imagine the place in life that this person is in, but it wasn’t intentional. Now looking back, it’s like ‘Oh! Of course, I was writing about those things.’ So it’s very much a cathartic process.

What was your favorite track to work on in this album?

My favorite song is “Who’s Gonna Make My Mistakes.” I love how that song turned out. I think it’s exactly what I had in my head when I was playing it alone in my bedroom. I love that song. It feels like a pivot point on the record, where you kind of have to recognize where you are in your life in order to sort of flip a switch or turn a page. We all go through that phase of ‘Well…I guess this is what I’m doing,’ or ‘Why not?’ It feels good to sing the song. It just feels really human.

So we’ve talked a lot about writing and recording, but you also play live as well. Which do you prefer to do?

I can’t really answer that question, but I can tell you why I like them each because they both feel really different to me.

I love recording because I feel like a lot of times it worked out for me being in the studio. It’s the first time that the song has lived outside of the living room where I’ve written it or the bedroom where I wrote it. So that moment when the song becomes bigger then it has been, or that moment when the song sounds exactly like it has been in your head for those months, it’s extremely satisfying.

But I love playing live because even when the music is really emotional–I’m a pretty goofy person–I like the opportunity to connect with the audience and tell stories, and to present the whole picture of where these songs are coming from.

So you’re releasing your album Mint Condition on May 3, but what does the rest of 2019 hold for you?

We just announced the first part of the US tour and a tour in Europe and the UK in the fall. So it’s going to be quite a bit of travel and I’m extremely excited to be doing that. Like I said, I love playing live, and I’m particularly excited to go to a few countries that I’ve never gotten to go to in Europe. I’m excited for the rest of the year. It’ll be a busy one, but that’s exactly what I want to be doing, and I’m excited to have folks hear these songs.

She kicks off her tour on May 15 at The Southgate House Revival in Newport, Kentucky, and wraps up November 16 at Róisín Dubh, in Galway, Ireland. For her full 2019 tour schedule, check out her website.