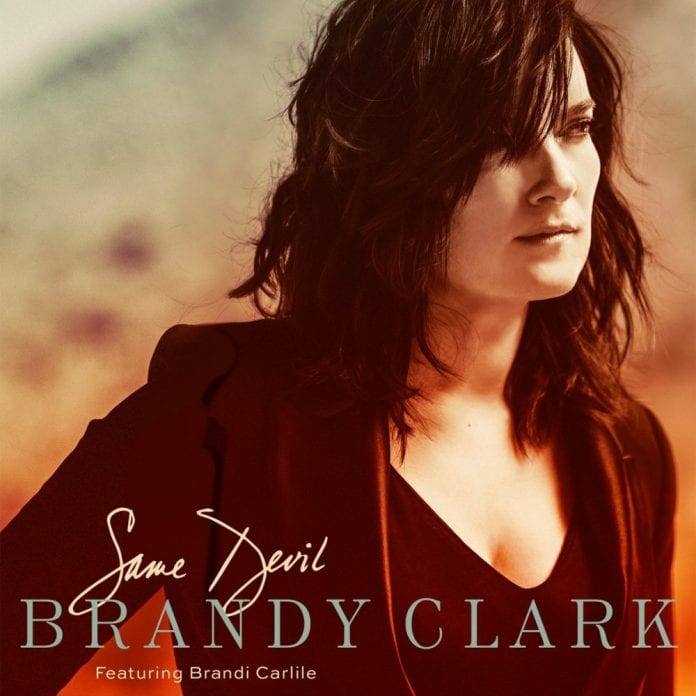 Written by Clark, Marla Cannon and Hailey Whitters, the song was created in the midst of the COVID-19 pandemic with Clark and Carlile collaborating remotely while working from their respective quarantines in Nashville and Washington state. Reflecting on the song, Clark shares, “For me, ‘Same Devil’ is about how we all have different paths, different problems, different addictions, different beliefs that all take us to the same exact places. I really was drawn to the dark and raw quality of the idea. What Brandi Carlile brought to the song production wise and then vocally made it take on an even darker and deeper tone. It feels explosive to me.”

The song is the latest release from Clark following her critically acclaimed new album, Your Life is a Record, which is out now on Warner Records (stream/purchase here). Produced by Jay Joyce, the album consists of eleven new songs including “Bigger Boat” featuring Randy Newman, of which Music Row declares, “It’s wry, jaunty and sideways philosophical. Newman’s drawl is as personality-packed as usual, and Clark’s laid-back, winking delivery is a sheer delight. It fills my heart with joy that this woman makes music. She’s a genius. That’s all.” Watch/share the official music video here.

Recent critical acclaim for Your Life is a Record… 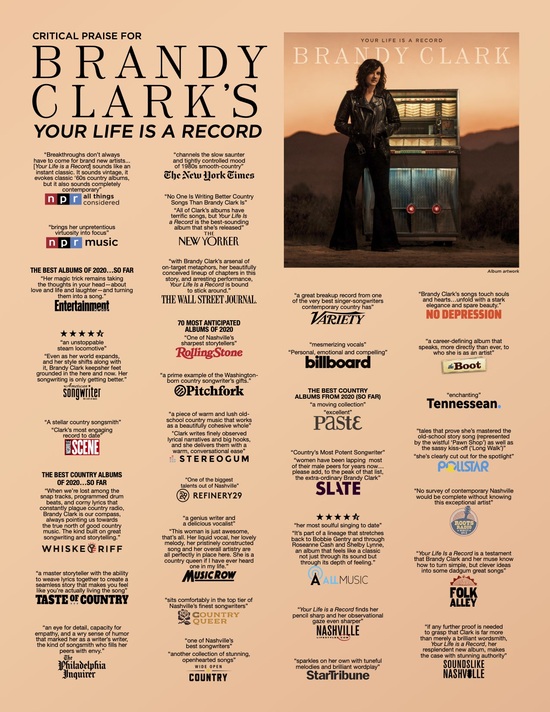 Created after the dissolution of a long-term relationship, the album features Clark’s most personal songwriting to date and was recorded largely as an intimate acoustic four-piece—featuring Clark, Joyce, Giles Reaves and Jedd Hughes—with subsequent Memphis strings and horns layered in with arrangements by Lester Snell.

In celebration of the release, Clark will embark on her extensive “Who You Thought I Was Tour” next year including stops at Nashville’s 3rd & Lindsley, Atlanta’s Smith’s Olde Bar, New York’s Bowery Ballroom, Boston’s Brighton Music Hall, Philadelphia’s Boot & Saddle, Denver’s Globe Hall, Seattle’s Neumos, Los Angeles’ Lodge Room and Austin’s The Parish among many others. See below for complete itinerary. Tickets for the tour can be purchased at www.brandyclarkmusic.com/tour.