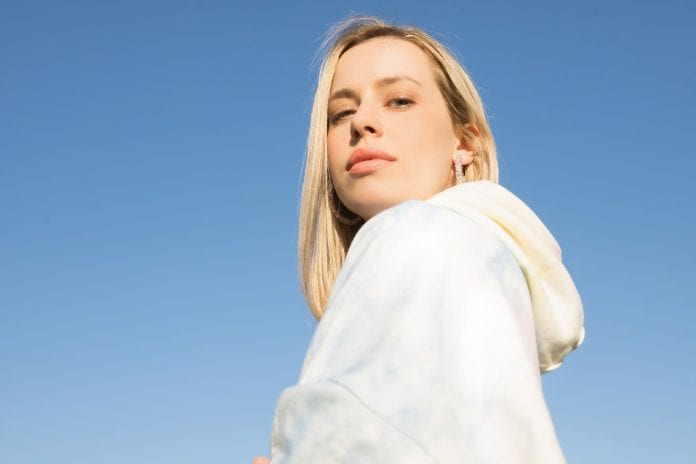 Italian-born and London-based singer-songwriter Alice Pisano released her acoustic pop ballad “Seventeen” written and recorded at her childhood home during the pandemic. Written by Pisano and produced by Troy Miller (Emeli Sandé, Jamie Cullum), the accompanying music video was recorded in her bedroom on her phone and edited with a Super 8 effects app. Watch the video here.

“Seventeen” follows the release of the upbeat pop track “Crush” at the beginning of 2021, which proved a streaming hit featuring in a number of high-profile playlists including 10 New Music Friday playlists across the world on Spotify.

Alice released her debut EP Celebrate Life in 2018, which also became a huge streaming success. The title track was a tearaway hit achieving over 3.5 million streams on Spotify, charting in the iTunes Pop Chart, and receiving great radio support from BBC Introducing alongside spins on the national Dutch Radio NPO Radio 2.

Your new single “Seventeen” was written during the lockdown. What inspired the song?

I wrote this song about my first love and about how you often don’t realize how precious something was until you have lost it. I had moved to my parents’ house for a while, and being in my old bedroom, surrounded by old photos and memories, brought back lots of buried feelings.

The accompanying music video was filmed in your childhood bedroom. What was the filming process?

My mum filmed it on my phone, and I put the footage together and edited it. It’s 100% homemade and the cheapest video I have ever made: the only cost was £1.99 to download an app (8mm), which has lots of cool Super 8 filters. It was my first time editing a video, so it took me about four full days, but I knew I had to be the one to do it since it’s such a personal one.

How long have you been away from your childhood home?

Before the pandemic, it had been five years since I had moved to London. I would usually visit my family twice a year, for Christmas and for a few weeks in the summer. When the pandemic broke out, I moved back to my parents for a while to spend lockdown with them.

The single was produced by Troy Miller (Emeli Sandé, Jamie Cullum). Is this your first time working with Miller? What did he bring to the production?

I had worked with him before; he co-wrote and produced my previous single, ‘Tears Will Set You Free.” He is such an incredible producer and a multi-instrumentalist; he brings so much to the song’s arrangement and production. On “Seventeen,” even though he plays guitar beautifully himself, he felt strongly that I should be the one playing it to convey a “girl in her room” kind of vibe. That’s why he kept the song so dry and bare at the beginning; then he built up the production adding synths/drums/electric piano, etc.

I have always been addicted to music since I was very little. My parents have always listened to a lot of music around the house, and I grew up listening to Fleetwood Mac, Carole King, and Joni Mitchell. As a teen, I sang in a few different bands, and by the time I was eighteen, I knew that I wanted to be a musician full time.

A pianist and guitarist, which came first?

Piano was my first instrument; I started taking classical piano lessons at the age of seven. In my teens, I picked up the guitar and fell in love with it; for a few years, it completely replaced the piano. Now I play both regularly, and I love that they allow me to write different types of songs; I usually write ballads on piano and up-tempo songs on guitar.

Speaking of guitar, what brand do you play, and why?

My acoustic guitar is a Santa Cruz FS (Finger Style 1185). It’s perfect for fingerpicking, but it sounds amazing when strummed too. It’s rosewood with a cedar top. Then I’ve got a semi-acoustic Gibson ES-335; I love how warm the tone is.

Warmth and clarity. It’s a physical feeling, and I need to feel embraced by the sound.

I used to do lots of scales and exercises, but I have long abandoned the idea of playing solo or virtuoso parts; I never really got into it. So nowadays, I just focus on the accompaniment for my songs and practice by playing covers to learn a new style or technique.

Gabrielle Aplin, Of Monsters and Men, Passenger, and Mumford and Sons. They inspired me to start writing songs when I was about eighteen.

Artists on my current playlist are Elina, Léon, London Grammar, and Saint Raymond.

I’ve been active on socials and done live streams on Instagram and Facebook, where I often play snippets of brand new songs I’ve just written.