Home Interviews Ally Venable has a Heart of Fire 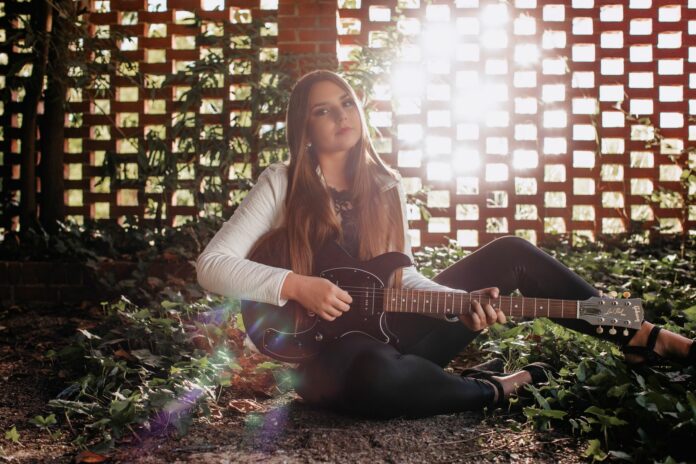 Some musicians gradually ease into their sound, while others kick down the door at a young age in a fiery blaze–Ally Venable is very much the latter. She released her debut EP, Wise Man, at just fourteen years old and quickly climbed the Texas blues scene ranks, which is no small achievement at any age. Now in her early twenties, with multiple ETX Music Awards under her belt, she is already a force to be reckoned with and just getting started. Much as her 2019 single “Texas Honey” implies, Venable’s sound is dripping with tasteful vocal melodies and juicy guitar riffs.

After navigating a music industry devasted by a pandemic, Venable decided to turn up the heat with her fourth release: Heart of Fire. From powerful blues-rock anthems to soft tributes, Heart of Fire is the perfect record to lift our spirits as we prepare to face the new normal. With talented artists like Venable fanning the flames, the future of guitar music is bright.

What inspired you to first pick up a guitar?
I started singing at a young age in my church choir. It wasn’t until I was twelve years old that I took an interest in playing guitar. I was really into country music at the time. I really loved listening to Miranda Lambert and Carrie Underwood. What got me actually playing the guitar was hearing Stevie Ray Vaughan for the first time.

Has your tone evolved at all since you started playing?
My tone has definitely evolved over time because I’ve learned so much since I first started to play. I’m still trying to discover what “my” tone is, but I feel like there are times when I get pretty close to getting what is in my head through to my fingers.

Tell us about your newest album, Heart of Fire, and what sets it apart from your previous albums?
I really enjoyed making this album. I think what sets this album apart from the other albums I’ve put out is just the maturity and growth shown within my guitar playing, songwriting, and overall structure of the album. I really tried to focus more on the actual songs while still having that nice guitar solo on top of them and trying new sounds on guitar and in the studio. 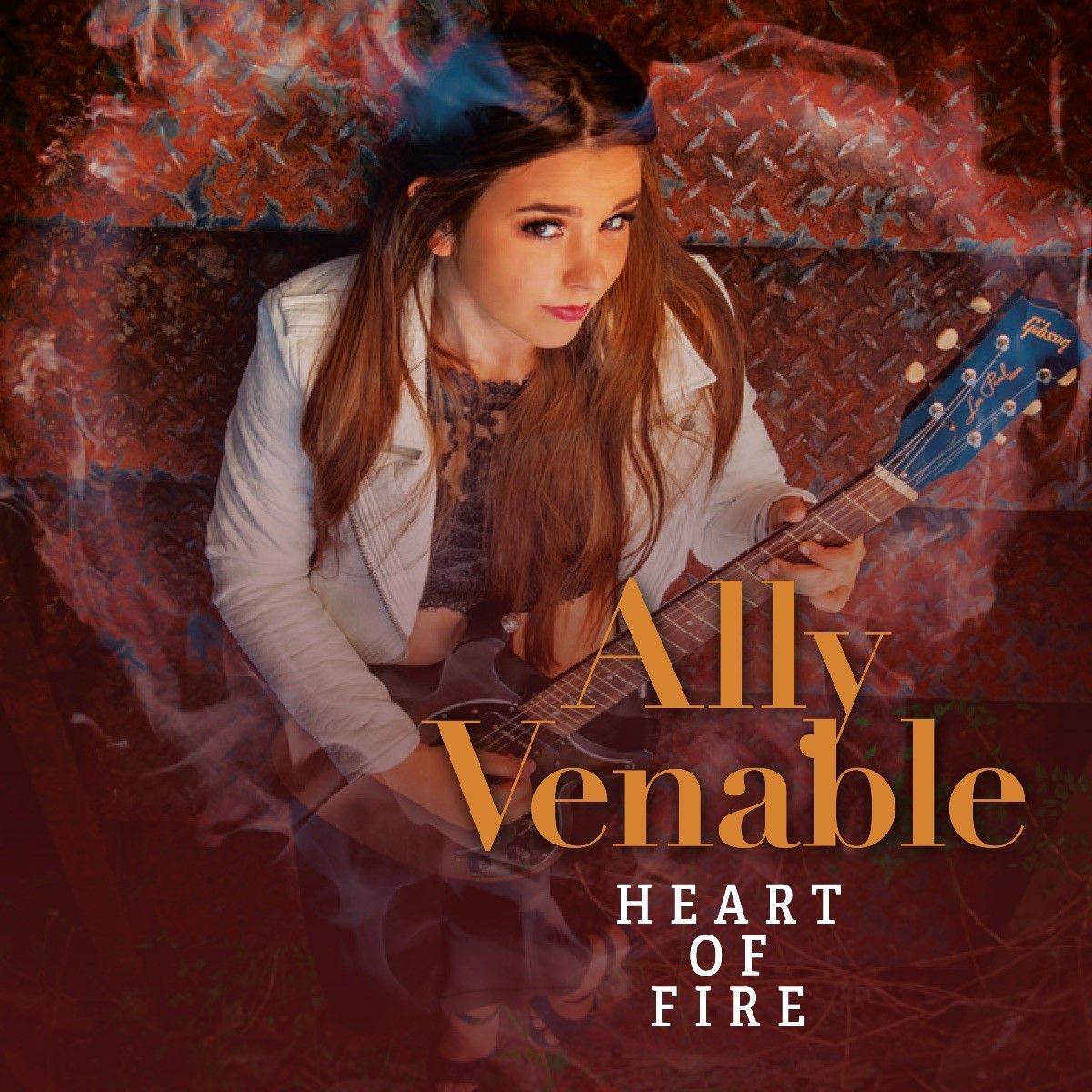 Did you write these songs in any particular order?
The songs weren’t written in any order, really. When I write songs, I try to write about what goes on in my life because I know that whatever I went through, someone else can relate to that story or situation. We are all human. It’s okay to feel a certain way at times, and to know someone else has gone through some similar struggles can help us regain the strength to push past them and meet our goals.

Heart of Fire features a beautiful tribute to the legendary Stevie Ray Vaughan. How did that song come to fruition?
Thank you, I must say SRV has been a huge part of why I play the guitar, and I just wanted to have a tune on the album that salutes to him in some way. We recorded that song with Jim Gaines as a one-take in Tennessee, which is where he recorded Stevie’s In-Step record (which has “Riviera Paradise” as a track on the album). Hearing him say it had that similar aura as when he recorded Stevie was really cool. My band has played that song live for some time now, so it was nice to put that on the record.

How does the songwriting process flow for you? Do you start with vocal melodies, guitar riffs, etc.?
It really just depends on the moment; my approach is really scattered. The song could come from an idea such as a title, riff, an old melody I’ve sung into my recorder; the possibilities are endless with this one. Again, I really just like to touch on my life experiences because as I grow, mature, and experience things throughout my life, my music will follow suit.

Do you have a specific approach when it comes to recording songs?
I find that recording a live track to get the drums and bass solid on the track and then layering from there with guitars, keys, vocals, and other sounds/instruments really works for me. I’ve done that with all of my albums actually.

What gear did you use on Heart of Fire, and why?
In the studio, I just used my live setup because that is what I really love using, and I’m comfortable with that, and I know what I can get out of it. I used a Category 5 Tube Amp with my Keeley Super Phat mod pedal, Dynamic Distortion from Vertex Effects, and MXR Carbon Copy Delay. We actually printed the delay with the solos. What I really liked that Jim did was he let me listen to my guitar through the room speakers instead of studio headphones. I feel like that helped elevate my playing because I could really hear the guitar within the song come through the room. As far as guitars go, I brought them ALL with me. I even used my 1930s National Dualion Dobro on the track, “Played The Game”–solo and all. I really loved the raw sound. Of course, I had my Gibson guitar arsenal with me to get the job done! I used my limited edition magenta Gibson Les Paul for most of the tracks, and I have a Custom Shop I used as well.

What advice would you give other aspiring guitarists?
Be yourself. Play the music you want to play, write the songs you want to write, and don’t be afraid to put yourself out there and keep doing it no matter what. Follow your passion.