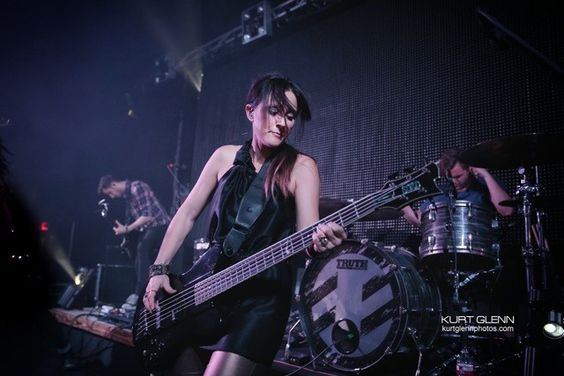 Fireflight, the Christian rock band from Orlando, FL, is set to release their fifth album titled INNOVA next week on May 5th, which was funded through a successful PledgeMusic campaign, just in time to celebrate the band’s 15th anniversary.  The album will be released independently through The Fuel Music and features writing and producer credits by Geoff Duncan (Rapture Ruckus), Rusty Varenkamp (whose accolades include four Grammy-nominated albums), Joshua Silverberg (Thousand Foot Krutch, tobyMac) and Kipp Williams (Newsboys, Mandisa).

We had a chance to learn more about Wendy and her gear, how the band Firefight was formed, and the inspiration behind the new album.

You and your husband started Fireflight back in 1999. Can you tell us how the band was formed and how it has progressed over the years?

Glenn had been in bands while we were dating, but none that ever went anywhere. After running into our former lead guitarist, Justin Cox in 2000, Glenn decided he wanted to give the band thing one more try. Justin started coming over to our place to work on writing, and a few months later, we heard Dawn sing at a graduation service for one of Glenn’s brothers. When Glenn approached her about being the lead singer, she was willing to give it a shot. She’d never been in a band before, but knew that she wanted to do music in some capacity. We worked very hard for five years playing local shows and some regional shows over long weekends and during vacation time. Shortly after signing to our first management company, we were signed to a label in 2005, releasing our first album in 2006. We went from working full-time day jobs, to touring over 200 days a year. It was a lot of hard work, but it paid off and we’ve been able to play music full-time for the last 9 years.

You’re coming up on a big anniversary next month – congratulations! What’s the secret behind your success?

We’ve just never given up. We’ve had a lot of moments where we weren’t sure if it was time to move on or not, but for one reason or another, new doors continued to open for us. We’ve always tried to take advantage of every opportunity and to connect with our fans whenever we have the chance.

There were some major changes for the band last year – leaving your record label, adjusting to a new band member after Justin Cox left, and writing and recording a new album. How did the band handle the changes and overcome any obstacles?

The last couple of years have definitely had a lot of changes, but with each change we’ve faced, we’ve seen growth. When Justin stepped away, we all knew it was the best thing for him and his family, but we obviously had mixed emotions. Justin will always be part of the family. When we decided to step away from our label, that was a really scary decision, but we all knew it was a necessary one. When they gave us their blessing to move on, we knew we’d made the right choice, even though we were terrified of how we were going to continue on all on our own. Once we launched our Pledge campaign, our fans came through for us and we are now releasing our fifth album independently. It’s been a huge learning process, one that I’m very grateful to have walked through.

You obviously have great fans and the band was able to fund a PledgeMusic campaign for the release of your fifth full-length album, coinciding with the 15th anniversary of Fireflight. Can you share with us that experience and would you recommend that route for up and coming artists?

Our fans were amazing throughout our Pledge campaign. Especially being so patient with us as we moved our release date back when we found out Dawn was going to be having her first baby. The 60-day campaign was a little stressful, but in the end, our fans fully funded our album. We had over 1,000 packages to fulfill and ship out and I must say, I’m very glad we’re done! I think fan funding is a great way for up and coming artists to use to get their music released, but I would suggest having a strong fan base to ensure the end goal is reached.

The album is called INNOVA. Can you share with us a little background into the making of this album, the inspiration behind it, and what fans can expect to hear?

INNOVA, which is Latin for renew, is definitely our most diverse record to date. When we sat down to write this album, we actually took some focused time off the road, which we’ve never had the ability to do in the past. We really wanted to focus on getting in a place where we could create new material that was relevant and current with where music is heading, and wanted to be inspired by the music we enjoy listening to. We took inspiration from the music of Imagine Dragons, Ellie Golding, Katie Perry and Coldplay. We wanted to stretch ourselves both lyrically and musically. Instead of recording with only one producer, as we’ve done in the past, we had four different producers on this album. We felt very honored that each producer came along side of our vision to help us create a project that we can only hope will be our best to date.

Will this album differ any from your previous work?

I think so. We’ve been a band for 15 years, so we wanted to make sure we were staying relevant to today’s music. After 15 years, if our sound continued to stay the same with each album, we’d end up being a very dated band. We wanted to keep our fans happy, but at the same time, branch off in some new directions that would earn new fans and allow us to stay current with the style of music that this generation is listening to. We didn’t want to abandon our Fireflight roots, but just get a bit of a facelift, if that makes sense.

So tell us a little bit about yourself – when did you first get involved in music and when did you decide that you wanted to pursue music as a career?

Music has always been a part of my life. My mom is a piano and voice teacher, so I started out taking piano lessons at the young age of three. My brother and I used to sing in church together, so we used to always dream that one day we would “cut a record” (is that dating myself to say that?!). I didn’t start playing bass until I was 19. And honestly, I never thought music would be part of my career. But when I met Glenn, he had such a dream and vision for music, that I soon started doing everything I could to help him achieve his dreams. I used to dread performing and had a horrible bout of stage fright for a long time. As months turned into years, I learned to love what we were doing and soon Glenn’s dream became my own and we’ve never given up on pursuing what we love to do.

What drew you to Christian Rock music?

Growing up I was actually always more of a pop music fan. I never listened to rock much until I started dating Glenn. This was also a time when Christian rock really started to have a platform. Glenn and I would go to shows for Switchfoot, DC Talk, Newsboys, Bleach, and other Christian rock groups that were becoming more and more popular. Since I grew up in a Christian home, seeing Christian rock bands succeed was inspiring to me knowing that they were creating good music for people to enjoy that had an encouraging message.

Who were your musical influences that inspired you to become a bass player?

My mom was probably my biggest musical influence. We always had music in our house and she was always encouraging me to practice, practice, practice. Growing up in a family that appreciated classical music, I was always drawn to the cello. But I think my main bass influence was a close family friend that used to play the upright bass for our church. I remember watching his fingers taped up and plucking the huge strings. When I met Glenn and started going to shows that his band at the time was playing for, I thought it might be cool to play the bass. When he found out about my interest, he surprised me a few months later with my first bass and 10 watt practice amp.

Were you trained professionally on the bass and do you play any other instruments?

Not really. I took a few months of bass lessons from a guy that went to our church, but I still feel very inadequate when it comes to being a “professional.” I begged my mom to let me quit taking piano lessons when I was 14 or 15, and reluctantly she gave in. I do wish I had kept up with piano, but am thankful that I at least have a musical outlet with my bass.

You have quite a few endorsements! Can you tell us about those endorsements and your gear?

My rig is an Ampeg 8×10 cab with an SVTVR head and I use D’Addario strings on my Sozo bass. I have my husband to thank for my bass endorsement. He met a guy that owned a guitar company years ago and worked out an endorsement with him to have some guitars designed for himself. At the time, I was playing a 5-string Fender Active Jazz bass that was really causing me some shoulder and neck pain because of the weight. Glenn and I started talking to Brian, who owns Sozo Guitars, about designing a lighter weight bass for me, and he thankfully agreed. About a year later, the ZB5WNDY bass was in production. Almost two pounds lighter than my Fender, it has saved my neck and shoulder and still has a great tone.

What’s the best piece of advice you could give you an aspiring musician – something you wish you would have known when you first started your career?

I think the best piece of advice we were ever given when we started out was not to quit our day jobs. It was really hard work to try to become a full-time musician while always working full-time, but it set us up to be in a better financial position. Many times people want to do music so badly that they quit everything to only focus on music. However, if you can continue to work a day job, you’ll be able to fund your dream more easily, and will also be able to build a resume in case music isn’t what you’re destined to do as a full-time gig.

Top 3 songs on my playlist are:

I have a four year old, so honestly, I don’t have a playlist. 🙂

If I could perform with anyone, it would be:

My first gig was:

Playing for our church’s youth group.

One thing people don’t know about me is:

I have a blood curtailing scream when I go on roller coasters…when I get the nerve to even get on the ride.

In one word, music to me is: 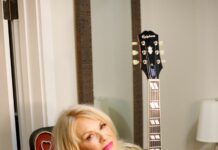 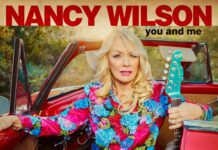 One 4 the King: Nancy Wilson tributes EVH on album ‘You and Me’