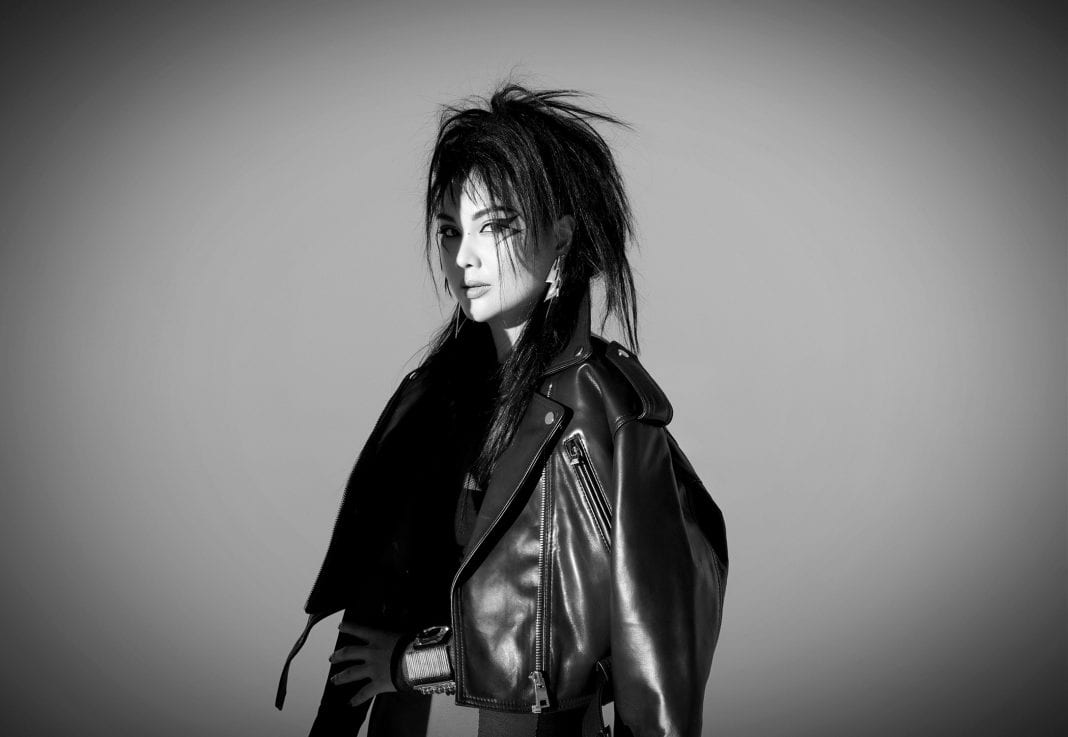 With this new song, CZARINA reestablishes herself creating music that is a true reflection of her progressive, modern mindset and spirit. “The song talks about letting go of control, surrendering, free-falling and dismantling the layers of protective armor to allow faith and trust to penetrate,” CZARINA explains.

Discover more about CZARINA in our interview below:

Your track “Silence & Surrender,” has a very ’80s inspired theme…what is it about that decade’s music you love so much?

CZARINA:  Being an ’80s baby, I think it was in this decade that we saw the start of a cultural movement that was futuristic and cyber-obsessed. I grew up watching tech noir movies like Blade Runner, TRON, Total Recall, Terminator, as well as lots of Japanese Animes like AKIRA and Ghost In The Shell.  I have always been so fond of this genre and how it also translated to music and the vibe of the time. I think it’s so eclectic – it’s very vibey, moody and techy all at once. We also saw the rise of the synthesizers. And the sound from this decade has a very transportive quality. And today, it sounds even fresher than ever.

You used to devote your time as creative director and founder of global celebrity favorite, Ivy Kirzhner New York. What led you to shelve it and pursue music?

CZARINA:  I always believed that certain things and situations will always have a particular place in time.  When I started my footwear company and brand, it was at the right moment. We succeeded, and I’m very proud to say that the shoes were immediately well-loved by the coolest and chic-est people on the planet. But just like with most things, it took a lot of sacrifices which I am always willing to make in order to be great. When I was running the company, I became very self-aware and made further self-discoveries. As much as I love design and working on shoes, it became a very stringent form of business towards the end.  I spent most of my time overseeing operations, and I even became really good at it — I generated skills that serve me very well now with music. But most young designers don’t realize that having your own line and business demands 80% of your time conducting operations. It is inescapable if you want things to be done right. It was difficult to delegate certain things that really need your personal attention. That gave a very small percentage towards being downright creative and feeding the soul.

The most challenging realization is that with designing products, the little time you have to be creative does not really belong to you. Ultimately you are controlled by the market. It is the way the industry has been set up to be successful. This is when I realize that deep down, I really am an artist and I have to start being honest with myself. I desperately needed a channel where I can exercise my creativity and art, completely untethered and unhinged. I needed to get control back, and I needed to get myself back. Going back to doing music was my answer. It doesn’t mean I’ll stop being a designer. Heck, I still enjoy it, I love it, and I know I am very good at it. But right now, I have to do music. If anything, doing music is most likely going to make me an even stronger designer and creative director. Creativity and perspective really go hand-in-hand in all facets.

Are you planning to release any more tracks and/or EP (album)?

CZARINA:  Yes, I have one or two more singles and music videos lined up before my EP entitled Painted Holograms get released this fall.

Since you play guitar, how did you learn to play, and what gear do you use?

CZARINA:  I picked up the guitar when I was 15. I was mostly self-taught. I actually picked it up pretty fast, and I had one of my friends and former bandmates train me to tighten my skills later on. Currently, I have a Gibson Custom Limited Edition Flying V (2017 Release), a PRS Hollowbody Artist 1 Series (yep, with the fancy birds shell inlays), and a Collins Orchestra body acoustic. I used to own a ton of pedals, but I was lucky enough to get sponsored by Fractal Audio.  I am a dedicated Axe FX II user.

What’s next for you this year?

CZARINA:  The total grind! I am releasing my first music video for my debut track “Silence & Surrender” in the next couple of weeks. I have recently put the CZARINA band together, and it is a very exciting lineup with a lot of familiar faces! We are gearing up for stage and live performance. We are charting our regional shows and our upcoming tours. Also, I’m in the process of re-launching my footwear brand, Ivy Kirzhner. Lots of exciting stuff to look forward to.

Who was your first concert?

CZARINA: I was not a big concert attendee when I was younger. I think the earliest concert I remember attending was TOOL when they released Lateralus. Changed me forever.

What top five albums would you not want to live without?

Do you have a guilty music pleasure?

CZARINA:  I am not a huge commercial pop music listener, so the closest would probably be Dua Lipa.  But that’s hardly a guilty pleasure because I think she’s really phenomenal.

Who’s your dream performer to collaborate with?

What is music to you?

CZARINA: Everything. It’s the soul speaking and connecting with other souls. It’s why it’s so great.