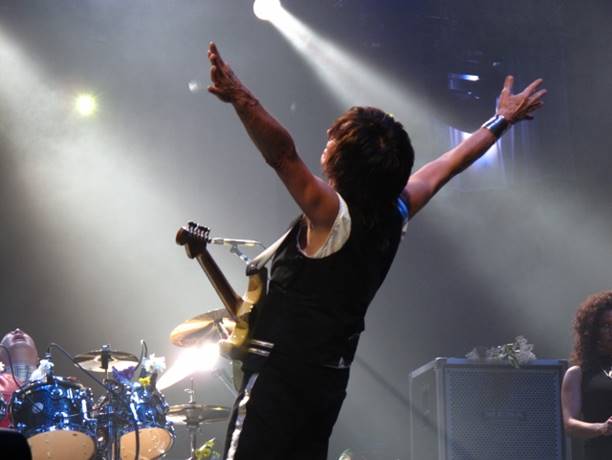 “Beck has clearly assembled an Everest sized group that stands head, shoulders, and ears above any other.”

A recent live review from the UK’s Express called Beck, “…the Picasso of the guitar” and also raved about the live show saying, “Encores of You Shook Me and Going Down brought standing ovations from this sold out venue. Also, a wistful, admiring smile from Jimmy Page watching his old mate out there commandingly treading the boards.”

Over the course of BECK’s distinguished 50+ music career, he has earned an incredible 8 GRAMMY Awards, been ranked by Rolling Stone as one of the “100 Greatest Guitarists of All Time,” and been inducted into the Rock & Roll Hall of Fame twice – once as a member of the Yardbirds and again as a solo artist. In the summer of 2016, BECK celebrated his 5 decades of music with an extraordinary concert at the famous Hollywood Bowl. Jeff Beck: Live At The Hollywood Bowl is available now.  Also available, the documentary Still On The Run: The Jeff Beck Story, on DVD & Blu-ray released through Eagle Rock Entertainment documents the history of a musical maverick and true innovator featuring extensive interviews with Jeff both at home and in his workshop, as well as interviews with Jimmy Page, Eric Clapton, Rod Stewart, David Gilmour, Ronnie Wood, Slash, Jan Hammer, Joe Perry, Beth Hart & many more.