Who:  I am an English singer-songwriter and have been in the business for 23 years. I cut my teeth with classic/progressive rock band Mostly Autumn between 1997-2010. Since then, I’ve raised two boys (Drayke (9) and Harlan (11)) and trained as a Reiki Master and also a Kriya Yoga teacher for the Siddhanath Yoga Parampara.

My musical journey has brought a wonderful array of opportunities to work with such luminaries as Ritchie Blackmore, Jethro Tull, Ayreon, Uriah Heep, John Wetton, Nightwish’s Troy Donockley, as well as Iona and Thunder, among many others.

In July of this year, I released my debut solo album Wild White Horses recorded at the legendary Rockfield Studios in Wales (Bohemian Rhapsody/Night at The Opera). The album features Ian Anderson on flute, Troy Donockley on Uilleann Pipes, and Danny Bowes of Thunder on vocals in a bluesy rock duet.

I am super happy with the album, and it is really the first time I have been able to fully enjoy an album so soon after its completion. It was a joy working on it with my producer and cowriter, Luke Morley. We struck up a great partnership and just got in the flow. I think that is what makes all the difference. Nothing comes without musical chemistry, hard work, faith, and diligence, of course, but if you can do that and keep in the flow, for me, that is a recipe for success. It’s been a long and winding journey so far with a lot of growth. The album deals with that in a sense, so it is also very true to who I am right now.

My first show of the tour supporting the album was in the USA at the She Rocks Showcase in Nashville for the Women’s International Music Network (WiMN) as part of the 2019 Summer NAMM Show. It was such a buzz to kick off live proceedings in Nashville! The album has quite an Americana Rock feel throughout, so it was pretty perfect. I was also invited by WiMN to speak on their panel about being a woman in the music industry and about my involvement with Secret Projects as a campaign leader.

An equally major project this year has been the launch of the #sherocks Secret Sari Dress campaign, co-founded by my cousin Fritha Vincent (Secret Projects CEO) and myself. The campaign is designed to combat the global issue of Human Trafficking and in this case, works with vulnerable women in West Bengal, India.

In such a complicated loop that is human trafficking, the Secret Sari Dress provides a simple, no-middle-man way of getting funds so desperately needed, straight to these women and their children. If a woman can earn just $25 per month, she has a much better chance of staying safe.

Ingeniously folding out of a small pocket in the back of the dress, the secret sari is by design, so tiny that it can be produced in the smallest of shelters with very little need for bulky storage or packaging.

The campaign was blessed from the beginning. It had the backing of such powerhouses as Floor Jansen of Nightwish, Arch Enemy’s Alissa White-Gluz, Doro Pesch, and Lzzy Hale, among many others. These women all wore Secret Sari dresses on International Women’s Day, posting pictures to social media encouraging their fans to buy them. The campaign spread like wildfire! Fans and press alike loved the campaign. Sponsorship and support also flooded in from companies from Gibson Guitars and Clarins to Siren Management, Nuclear Blast Records, and YouTube. It was just such a ‘yes!’ invoking project all round. [Check out @secretsaridress on Instagram for footage.] Any of the hashtags used for the campaign will also take you to the reams of pictures and videos posted in support of the campaign. #shareyourpower #shakti #sherocks #womensempowerment #secretsaridress #sistersaredoingitforeachother

“For every 100 dresses sold, another five women
may be trained and employed. It is that simple.”

What:  You can find out more about me on my website! www.heatherfindlay.co.uk

Why:  The time for the sacred feminine to rise is right now. This will manifest in a plethora of ways, and it is already happening. Now is the time to stand in your power and rise. The idea here is not for women to rise over men. The planet requires balance only. #balanceforbetter 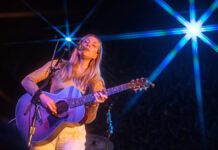 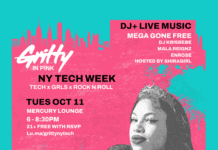