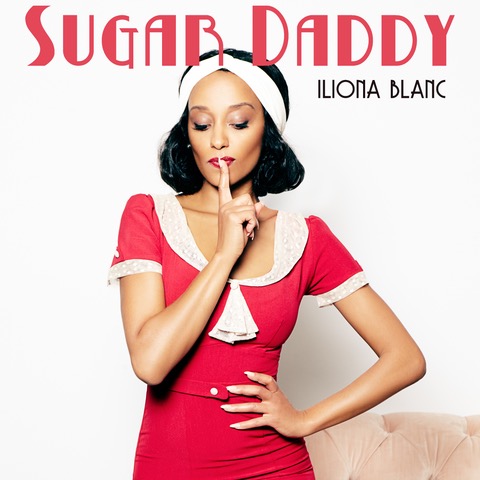 Los Angeles-based singer, songwriter, and director Iliona Blanc’s single, “Sugar Daddy,” sends a message that women can be” successful, independent, and happy without the financial help of a man.” Born in Gabon, Africa and raised between Paris and the south of France, Blanc pulls from these experiences and weaves them through her music. A multi-instrumentalist playing guitar, piano, and percussion instruments.

Blanc fills us in on her music, filming the music video for “Sugar Daddy,” and her guitars.

What inspired your single, “Sugar Daddy”?

Living in LA inspired that song! Here in LA, you can see a lot of girls take the easy way to improve their lifestyle.

The first version of the song was originally an acoustic version with just vocals and my acoustic guitar. Then I decided to maybe try it with my electric guitar, and it sounded more fun. For the next step, I worked with an amazing producer Bob Robinson (a GRAMMY Award winner) and we found together the direction and sounds I liked. I wanted a retro pop vibe.

The accompanying music video has a very theatrical ‘50s vibe. What was the filming process?

The idea I had in mind was ambitious and required a lot work for a self-produced video. I had to supervise all departments from finding the crew, the filming locations, the vintage props, and the wardrobe. Luckily I found some amazing people to help me reach my vision. Most of the actors I hired were my friends or people I met in acting class. It was a real challenge to be in front of the camera and behind the camera at the same time and we had to go pretty fast. One of my favorite parts was shooting at the famous Crest Theatre in Westwood. Altogether, we shot for two days in five different locations. I wanted to take the very modern message of female independence and power to such a male-dominated area like the 1950s with all the beautiful designs of that time. I always loved the ‘50s, from fashion and architectural design to the cars, and I obviously loved directing and producing that video.

I am all about feminism, and I hope this song is empowering women in a fun way. I believe women can be successful, independent, and happy without the financial help of a man.

How did you get started in music, and when did you first pick up the guitar?

I started music by learning piano when I was eight. I wrote my first song when I was thirteen, and I started guitar a few years later when my piano died on me. My first guitar was an acoustic Ibanez. Over the years, I started getting a few more and now I own seven guitars: five acoustics (Taylor, Martin, Ibanez, Yamaha) and two electrics (Gibson, Fender). Each one of my guitars has a name.

Which musicians/vocalists have had the biggest impact on your musical style?

I would say Michael Jackson is my favorite artist of all times. I’ve listened to a lot of French artists like Edith Piaf, Serge Gainsbourg, or Charles Aznavour, and I always loved listening to Whitney Houston, Janet Jackson, Mariah Carey, Marvin Gaye, Lauryn Hill, Sade, Aretha Franklin, and Beyoncé.

I am planning to release more songs and videos very soon.