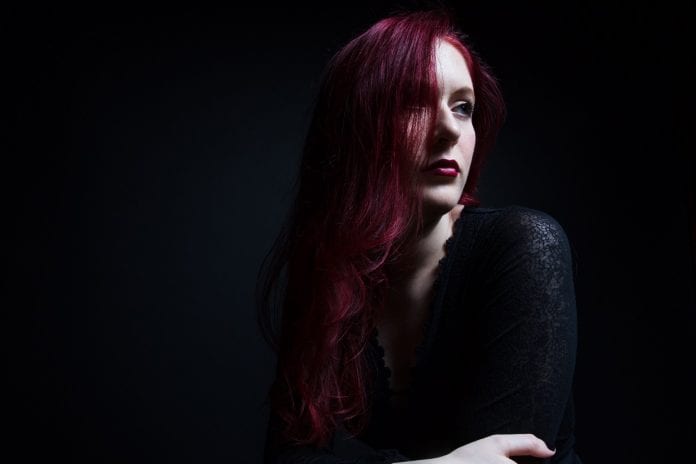 Australian electro trip-hop singer Gabbi Coenen of RVBY MY DEAR opens up about New York, mood songs, and her world tour.  RVBY MY DEAR is made of band members Gabbi Coenen on vocals and bass with Darren Denman on keys and piano, Prawit Siriwat on guitar, and Abel Tabares on drums.  They will be heading out on a week long tour kicking off in Brooklyn on September 27.

RVBY MY DEAR returned from a year long hiatus of writing and recording in 2016 with producer Andrew Lappin (St. Lucia/Jack + Eliza) and engineer Chris Gehringer (Nick Jonas/Rihanna/The 1975), to release their single “10:17” this past spring (single + video), which was praised by HAPPY as “an explosion of frustration… overwhelmingly dramatic… wholly inventive and encapsulating of a very personal experience in the most accessible way.”

A formally trained pianist from the age of 4, Coenen formed RVBY MY DEAR as an outlet for her songwriting in late 2012, after moving to New York to attend The New School’s jazz voice program.  Coenen released her debut EP as RVBY MY DEAR, Balloons, in 2014, which The AU Review called, “a stunning indie/alternative sound that should get the attention of music lovers around the world,” followed by the singles, “Flourisher”, in 2015 and “Unravel” in 2016.

You’re originally from Perth, Western Australia but are now based out of Brooklyn, NY. How do you feel about living in the US compared to there? Where would you live if you could be anywhere?

It’s different for sure – Perth is such a beautiful place but it has a very small arts scene, whereas NY is literally the cultural capital of the world. I don’t think I’d be making the sort of music that I am now if I had stayed home. I love how diverse NY is, how much art and music and culture there is to experience, and the fast pace definitely suits my personality better than the more laid-back approach at home. Every member of my immediate family lives in a different part of the world now, so I’m privileged to be able to travel a lot, but if I could live anywhere again I’d love to either go back to Australia and live in Sydney or Melbourne – I’ve only been back once since I moved away and could probably use the down time! – or LA, since the weather is so similar (and there’s so many of us Aussies there now anyway).

Working on music takes up nearly all my time – I’m a freelance musician for my “day job”, and I’m still an independent artist at this stage, so I do a lot of gigs and other music-related work that isn’t RVBY MY DEAR to make a living and fund the project. I’ll spend my mornings going through emails and setting up or going to meetings, then afternoons are spent teaching, recording, or in rehearsals, and evenings I’m either at a gig, watching movies, or writing (a combination of all three if I’m lucky). Right now, most of my work for the band is being spent prepping for our upcoming tour – finalizing show details with local bands and venues, ordering merch, sorting out accommodation, and testing out our new live set-up.

Your influences have a British flare with depth and character, but what does your music and performance mean to you? In your own words, how would you describe the music you create?

I’ve always tried to embrace what comes naturally to me and build upon it, whether it’s my voice or songs or performance style. I don’t really have any formal training in songwriting or composition, but I went to jazz school for six years and studied and performed a lot of improvised music during that time, so my approach has almost always been to develop ideas gradually over a whole song, like you would in an improvised solo. I also love movies and film scores, so when I write I’ll often start with just the music and fit it to an image or mood I have in mind. All my favorite artists have this way of writing and performing that completely sucks you into the world of the song, an immersive and cinematic vibe, so I try to do the same.

What was it like working with Andrew Lappin and Chris Gehringer?

It was completely transformative for me both as an artist and as an overall musician. I had produced all the previous EPs myself, with the help of engineers, and I’d always felt like something was missing, like I wasn’t exploring the songs’ full potential. So it was amazing to have a collaborator by my side from the very beginning of the process to help shape the sound, and to push me in a different direction that enhanced my artistic voice rather than silencing it.

You’re playing with some impressive players. How did the band come together? How would you describe the band’s personality dynamics?

I met Darren (keys) and Wit (guitar) while we were studying at The New School, then Abel (drums) came on board a little later. They’re such technically brilliant players, and have always been committed to and supportive of my vision – it’s actually pretty difficult to find people like that, so I’m super lucky to have them. Plus we all enjoy hanging out with each other; to be honest, most of our rehearsal time is spent gossiping about famous musicians or ranting about politics.

You’ve toured on the East and West coasts. What have been some magic moments performing?

There’s nothing like having a guitar string break or a piece of gear glitch out to remind everyone that we’re all human. But I actually really enjoy playing acoustic shows – we’ve done a couple of them at The Hotel Cafe in LA, and both times they’ve been really special. As much as I love all the intense dynamics and electronic flourishes of the full band, there’s something really soothing and refreshing about just getting up there and singing with one or two other instruments and letting the songs speak for themselves.

A full tour of North America, Europe and Australia are in the works. What can you tell us about it? How excited are you?

We’ve got some Northeast US dates coming up at the end of this month in Brooklyn, Southbridge, Philly, Baltimore and New Jersey. I’m really excited to get on the road with the guys and share the new live set we’ve been working on for the last few months. We’re playing with a bunch of awesome local acts, including Outcalls and Courtney Swain from Bent Knee (one of my favorite bands!). We also have some awesome new merch, and my mum will be manning the merch table so make sure you say hi if you’re there.

For more on Gabbi and RVBY MY DEAR, see: