Home Interviews Interview with Caroline Glaser on Life after The Voice 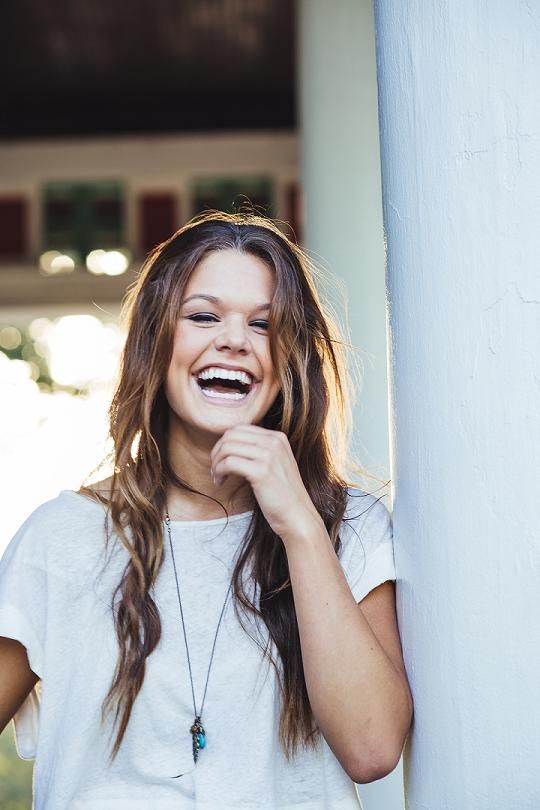 Shakira, former judge on NBC’s hit show “The Voice,” described her voice as “angelic.”  Adam stole her from Blake during the battle rounds on Season Four. After her initial try-out for the show, Blake Shelton raved, “You came out here and just did a very simple performance and completely blew my mind with it.” Young singer-songwriter and guitarist, Caroline Glaser, from Chesterfield, MO, was thrown into the spotlight and quickly garnered new fans from her performances on “The Voice.”

Glaser has since been on the road touring with the a cappella group, Straight No Chaser, and recently released her debut EP, a 3-song compilation of two original songs and one cover. She recorded the EP in both Nashville, TN and Tipp City, OH and it was produced by Steve Lunt (Britney Spears, Carolina Liar, Straight No Chaser). Glaser had the opportunity to work with Angaleena Presley of The Pistol Annies on the track “Rosalee.”

Glaser took the time out of her busy tour schedule to chat with us about her musical influences, life after “The Voice,” her grueling tour schedule with Straight No Chaser, and what’s next for her this year!

GGM: You’ve been touring since October with Straight No Chaser which has been a pretty grueling schedule. How has the tour been so far?

CG:  Touring with Straight No Chaser has been amazing. This is my first tour, and I feel extremely lucky sharing this experience with them. Being able to get in front of so many people every night has been unreal. Although the schedule can sometimes be grueling, I am feeling so incredibly blessed to be on this ride…especially with such an awesome group of guys!

GGM:  Any one particular memorable moment that stands out?

CG:  Definitely playing in my hometown. We had a sold-out show at the FOX theatre in St. Louis, and that was a very special moment for me. I have seen countless acts perform on that stage, and for me to be up there was pretty surreal.

GGM:  You were on Season Four of “The Voice” originally with Team Blake until Adam stole you from him. What was going through your mind at that moment?

CG:  Getting stolen during the battle rounds was probably the highlight of the show for me; it was crazy! You go through the auditions preparing for the possibility of having coaches “fight” for you, but I was not prepared for the outcome of the battle rounds. I don’t think there’s any way to prepare for Adam Levine and Usher to fight over you, but I was definitely thrown off guard (in the best way possible).

GGM:  How was your experience on “The Voice” in preparing you for a career in music?

CG:  The Voice has opened so many doors for me. Before the show, I was attending little open mic nights at coffee shops and recording cover videos in my bedroom. Now I am on tour opening for Straight No Chaser, singing in front of thousands of people every night, and just released my very own EP on iTunes. I’m very grateful for the show.

GGM:  How old were you when you started playing guitar and what was your first guitar?

CG:  I was a freshman when I got my first guitar- a Takamine G-series G94S0S. The only one I’ve ever owned. It’s a little beat up, but it’s like my baby; I love it!

GGM:  What was it that made you want to learn to play guitar?

CG:  My uncle plays guitar, and during the holidays he’d always play, and I just thought it was the coolest thing. He bought me my first guitar for Christmas, and I’ve been in love with it ever since!

GGM:  Do you play any other instruments?

CG:  I play piano, and a little bit of the ukulele.

GGM:  What musicians inspire your style of music?

CG:  I listen to a lot of Ingrid Michaelson, Regina Spektor, Norah Jones, Daughter, First Aid Kit, and The Staves. The list could go on, but as far as female vocalists go, these are definitely my favorites.

GGM:  Your just released your debut EP Caroline Glaser – Vol. 1. Can you tell us a little about your new work?

CG:  There are 2 original songs and one cover. “Money Tree” was co-written on this tour (Straight No Chaser) with Donnie Reis (my accompanist on the road with me). “Rosalee” was co-written with Angaleena Presley. This is just a little sneak peak of what’s to come…I am SO eager to get more of my music out there!

RELATED ARTICLE:  Caroline Glaser of The Voice to Kick-off US Tour

GGM:  How did you get the opportunity to work with Angaleena Presley of The Pistol Annies?

CG:  Her husband, Jordan Powell, set it up. My booking agent, Jordan Burger, set up a meeting with him and he asked if I was available for a writing session the next day.

CG:  A lot more of my music! I have been writing like crazy, and I am so, so, so excited to get more of my originals out there.

For more on Caroline Glaser and her music, visit her site HERE.