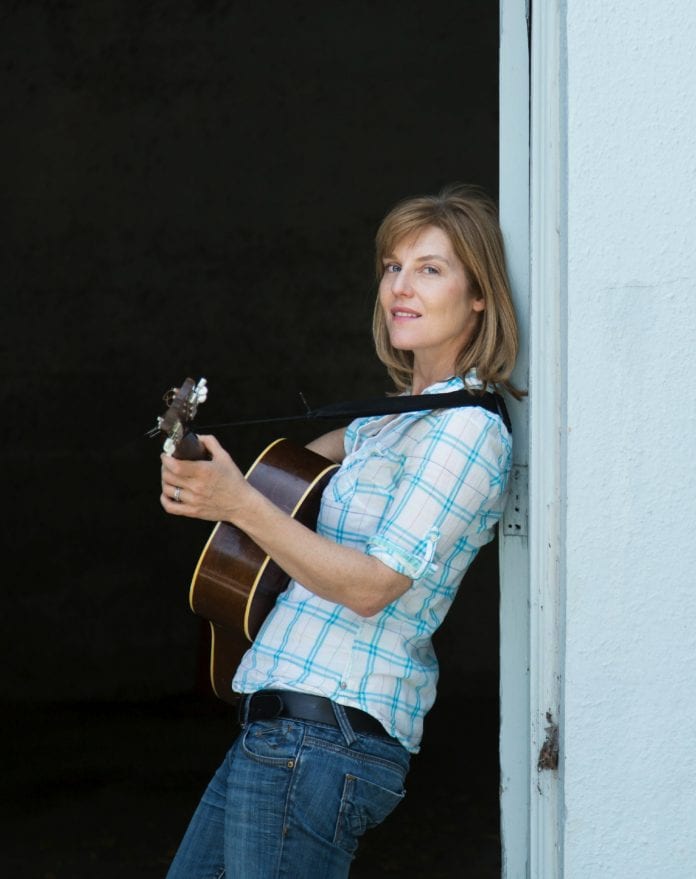 San Francisco singer-songwriter, teacher and musician Rachel Garlin releases Wink at July this month which is a compilation of 12 of her works inspired by life experiences, as well as her work as an educator and arist. Growing up in Berkeley, Rachel was exposed to live performances at the Greek Theater and the Golden Gate Park by famed musicians Pete Seeger, Sting, Tracy Chapman, and Atlanta’s own The Indigo Girls, among others.

Rachel fills us in on the inspiration for, and the recording of, her new album as well as musical influences and future tour dates.

Your newest album Wink at July is due out next month. Can you share with us the background and inspiration for the album and what can our readers expect to hear?

The last couple of years were a whirlwind of activity. I moved back home to California from New York, got married, had two little boys, and started teaching music and songwriting at a local middle school. My new songs came in fits and starts, usually three at a time, and when I had a good number of them, I approached JJ Wiesler, a producer I’ve admired for quite some time, to work with me on a full-length record. Lucky for me, his renowned recording studio is walking distance from my house, so the whole thing had a very local, organic feel to it, especially since the Bay Area is full of amazing musicians many of whom came in to play on the record.

It was recorded in San Francisco with producer JJ Wiesler (Matt Nathanson, Girls) and musicians Michael Urbano (John Hiatt, Smash Mouth), Prairie Prince (Journey, The Tubes), Julie Wolf (Ani DeFranco, Indigo Girls), James DePrato (Chuck Prophet Band), and Jon Evans (Tori Amos, Sarah McLachlan), among others. Can you describe for us the writing and recording process for Wink at July and how you pulled the musicians together?

Several of the musicians are longtime friends and collaborators. Jon Evans and Julie Wolf and I have played together for years, and even though they’re both super busy with touring and other projects, it was important to me to get them into the studio and add their juju to the record. I met the other musicians through JJ Wiesler, who has a large roster of first-call musicians who come in and play regularly on the projects he produces. My favorite days in the studio were the full band days when we just played the songs and pressed record. I love letting musicians just do their thing and see how the production unfolds.

There’s so many great songs on this new album. For instance, “Gwendolyn Said” was inspired by the poetry of Gwendolyn Brooks. When were you first introduced to her poetry?

Riding the public bus to school when I was a kid, I used to read the poetry that was posted on the billboards inside the buses. There were poems by Gwendolyn Brooks that I learned by heart and still remember years later.  Eventually, I learned more about Brooks as an artist, and how her writing influenced the civil rights movement and how she was the first African-American to win a Pulitzer Prize. I continue to find her words inspiring, especially as we are facing certain tensions in our society around equality and justice. So “Gwendolyn Said” is both retrospective and also topical.

Tell us about some of the other songs on the album and if you had to just pick just one song as the most meaningful to you, which would it be?

I wrote the “Sea You See” while sitting near the shore and thinking about my mother’s immigration story. She left Scotland as a young woman, with plans to travel around the world and then return home. But she ended up staying in California and starting a family here. Of course, I ‘m grateful that she lives here in the States with us, but knowing that she is so far away from her true home and the rest of her family is difficult at times. How do we reconcile the vast distances between the people and places we love?

Growing up in Berkeley, how did that environment have an impact on the musician you are today?

My parents always took me to see live music at the Greek Theater and in Golden Gate Park where we would stand in long lines to have Pete Seeger sign our records after his shows there. One of the biggest live music venues in Berkeley is actually located on the campus of Berkeley High where I went to school, so we used to wait outside of school and look for the tour buses to pull up for load-in. I remember being in the front row for Sting, the Indigo Girls and Tracy Chapman and taking it all in. As a musician and teacher, I’ve always been involved in social justice work and several of my songs speak to the experience of disenfranchised groups . . . I think that awareness came from my upbringing in Berkeley.

Who were you early musical influences at the time?

I listened to a lot of Indigo Girls, Tracy Chapman, Cat Stevens, Michael Jackson and Prince, and then I got into Patty Griffin, who is one of my all-time favorites.

After college, you started your career as an educator. Can you tell us a little about your background in education and the goals you had for your students?

After college, I enlisted with Teach for America and was placed in an “under-resourced” school in Phoenix. I immediately took to teaching and noticed that I was using a lot of music and movement in my lessons. I wanted my students to tap into their inherent creativity and feel inspired by learning, so music was a good access point for that. One of the songs on my first album is called “Schoolyard” and it was inspired by my students, many of whom felt worried while living in a neighborhood that doubled as a drive-by trash dump. My most recent album has a song called “Stranded” which also speaks to that first year of teaching, and how our school had to be buried underground (literally) once the airport moved in and created too much noise for us to exist above ground.

I read where your students were the ones who encouraged you to follow your dreams. What were those dreams and what advice would you give to someone in the same situation?

My eighth graders were reading “Of Mice and Men” by John Steinbeck and the assignment was to write an essay comparing one of the characters’ dreams to one of your own. I did the assignment too, in order to model it for the class. I shared with my students that in addition loving being a teacher, I also wanted to be a touring musician. We finished the year together, and then I told them I was going to go for it. They sent me off with a feeling of possibility and the kind of optimism that only middle schoolers have!

From teacher to musician, how did you make the transition?

At first, I did my tours on the weekends and during the summer. By the time I quit my day job, I already had some touring experience under my belt. I was fortunate to have supporters in different regions of the country so that even though I was doing all of the booking and everything myself, I had local support to promote the shows and reach new fans when I traveled.

When did you first start playing guitar and was there any one person or band that inspired you?

I strummed my guitar a lot in college, but never really got serious about writing songs until the summer after my first year of teaching when I took a trip to Guatemala. I went to a language school way up in the mountains, and for my final project, I wrote a song in Spanish. It was written as a tribute to the cafe where I played my first open mic, and more specifically was inspired by the cafe owner’s daughter.

New York was also your home for a while and you worked with producer Ben Wisch (Marc Cohn, David Wilcox). How was your experience while working as a musician in NYC?

Like many people, I heart New York. I loved my life there, living downtown in a fifth floor walk-up apartment and absorbing all the sights, sounds, smells, and sensations of the city. I played regularly at the Rockwood Music Hall and the Bitter End and got to perform with some great musicians, including my producer, Ben Wisch. New York City is a trip: it’s never dark, it’s never quiet, so if you’re a sensitive little songwriter like me, you’re constantly taking things in . . .  I think when I moved back to California, I was finally able to process some of that input, and that’s how a lot of the songs on Wink at July came about.

You’ve toured across America and Europe. Is there any one particular moment that has stood out from the rest that had a major impact on you?

Playing at the Newport Folk Festival was a major high. Just being on that historic stage where Bob Dylan, Johnny Cash, Mavis Staples and so many artists have played was an experience of its own. Playing at the Edinburgh Fringe Festival was great too. A lot of the venues are tucked in behind the castle and on the Royal Mile and there’s plenty of street busking too. I’m also a big fan of intimate venues, ranging from rooms like Room Five in LA where I just played to concerts in people’s living rooms. I did plenty of house concerts while touring and it’s a great way for audiences and artists to connect authentically and experience live music in a homemade setting. I dig it.

Will you be heading out on tour to support your new album and where can fans find more about you and your music?

Yes! I just got back from doing a show in L.A. and I’m playing several more California shows this month. After that, we’ll be booking the Northwest and beyond. Tour dates will be on my website (rachelgarlin.com) and my Facebook page: facebook.com/rachelgarlinmusic