Home Interviews Interview with UK Rocker Scarlette – World Domination One Song at a... 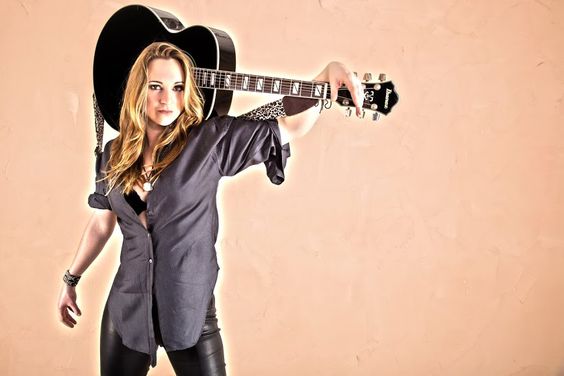 Fresh of the 2105 Passport Appoved West Coast USA tour, English singer-songwriter and multi-instrumentalist Scarlette offers an eclectic mix of music from her debut single pop song “Crash and Burn” in 2010, a softer, slower tune “Elated” with spot on vocals from 2011, a rock and roll song with showcasing her vocal range with a more raw and raspy sound on “Single White Female” in 2013, to the rhythmic hard hitting dance beat in the “Attack of the 6ft Woman” (Rudedog Radio Mix). An artist equally as comfortable on piano as she is on acoustic and electric guitar, she’s unapologetic and writes emotional songs on topics near and dear to her heart.

Not only has this talented artist toured the UK, she spent a great deal of time in Los Angeles in 2012 and 2013 performing at famed venues Hard Rock Cafe in Hollywood and the Viper Room, and worked with Steve Lironi  (Hanson, Bon Jovi), Tommy Faragher (Dusty Springfield, Al Green), Pete Craigie (Bellowhead, Seth Lakeman), and Ash Howes (Texas, Elli Goulding) on her EP Single White Female that was released in 2013.

Her newest work Attack of the 6ft Woman was co-produced by Scarlette and Julian Emery (Lissie) and Paul Simm (Neneh Cherry) and mixed by Cenzo Townshend (Snow Patrol, Florence and The Machine) and Pete Craigie.

Scarlette took the time to share with us her background, her recent tour, influences and her charitable work.

GGM:  You just finished the 2015 Passport Approved West Coast USA tour. How was the tour?

Scarlette:  It was great thanks.  Travelling for hours every day in a cramped van was well worth it because the venues and the audiences were awesome and so supportive.

GGM:  Any one particular moment that stood out?

Scarlette:  Definitely the girl who got a bit too excited watching These Reigning Days in Portland.  She fell over taking down an amp with her on the stage.  Thankfully everyone was ok including the amp!

GGM:  When did you start your musical journey and what instruments do you play?

Scarlette:  I began singing when I was seven and that’s where my obsession with music began.  I started playing the piano and the guitar much later.  The piano when I was 19 when I realised that I needed to be able to play music to write songs.  The guitar even later, I think I was about 27.  The band was missing a rhythm guitar player so I picked up a guitar.  I can also play the bass a little.

GGM:  Who were your early musical influences?

Scarlette:  Ladies with big hair and big voices; Aretha, Dusty, Blondie, Ella Fitzgerald, Whitney, Tina, Annie Lennox. I could go on but you get the picture right?

GGM:  Absolutely!  You have quite a diverse sound listening to your “Swimming with Sharks” EPK – from indie singer-songwriter, to a slight pop sound, to rock, with a touch of country thrown in. How would you best describe your music?

Scarlette:  That’s the best description of my music I’ve ever heard!!  Seriously you’ve hit the nail on the head, I hate it when people try and pigeon hole music.  All I can tell you is that my songs and my productions are honest and come straight from my heart and that they all revolve around a traditional band setup; drums, bass, guitars and keys.

GGM:  Attack of the 6ft Woman is your most recent work. Can you share with us the inspiration behind the album and what fans can expect to hear?

Scarlette:  There isn’t an overall inspiration for the album.  I think of songs as snapshots, stories that capture a moment in time.   So Attack of the 6ft Woman are a series of snapshots of my life.

GGM:  Besides performing, you’re also a music teacher for children with special educational needs. How did you get involved with that and can you tell us about that work?

Scarlette:  A few years ago my now boss needed a songwriter last minute and a mutual colleague gave her my number.  I went along to a session and fell in love with the work.  Basically my job is to get young people with various special educational needs to express themselves via music and sound.  It’s intense, challenging and hugely rewarding work.

GGM:  That’s wonderful.  As a music teacher, what is the best piece of advice you would offer to a beginning student?

Scarlette:  In terms of practice, little and often is the key rather than a lot infrequently.

GGM:  You’re also involved with Fresh2o as an ambassador. In what ways do you support that charity and what is its mission?

Scarlette:  I’m very proud to be a Fresh2o ambassador, they really are making a difference.  It’s mission is very simple, to provide fresh water for life to those who need it the most.  To support them, I attend and play at events and do my best to help spread the word.  You can find out more here http://www.fresh2o.org/

Scarlette:  World domination one song at a time!!

For more on Scarlette Fever, visit her site HERE.