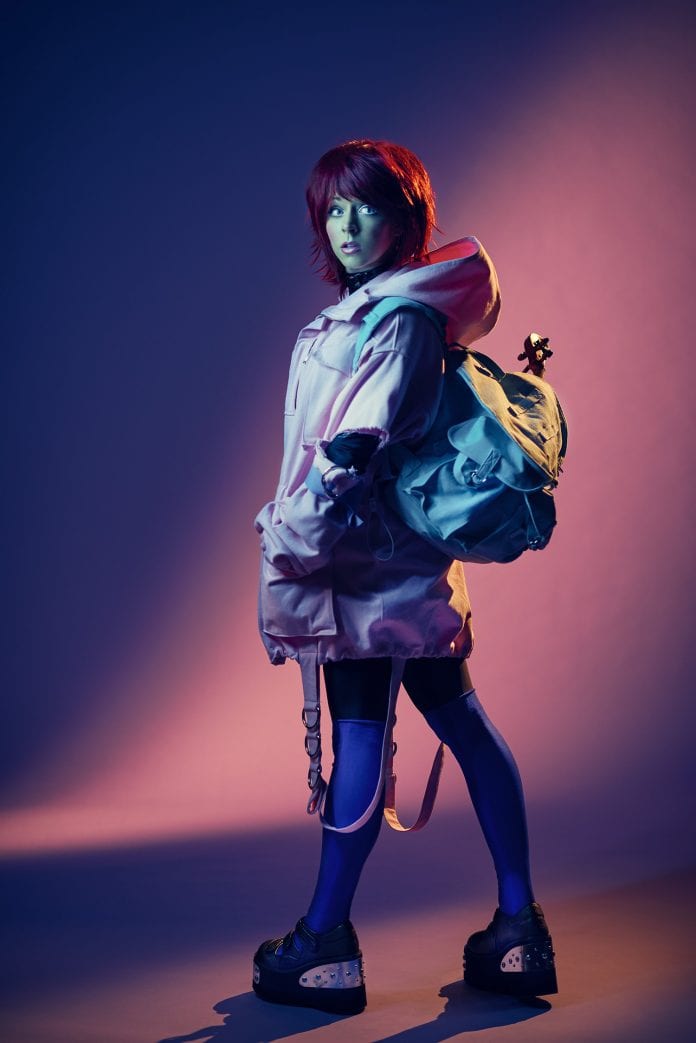 Award-winning electronic violinist Lindsey Stirling released her highly anticipated fifth studio album, Artemis, in September. The thirteen-track album, which features guest vocals from Elle King and Amy Lee, draws inspiration from anime and Greek mythology while focusing on themes of courage and inner strength — personal territory for Stirling, who has openly discussed her battle with depression and journey through the grief process.

“I wanted this album to be a strong concept album,” she says. “Artemis is the goddess of the hunt, the protector of virtue, and the goddess of the moon. I felt like there was so much symbolism in what she represents, and I felt like her message was one that everyone can relate to. So not only did I spend a year writing the themes and melodies that I felt represented her, but I simultaneously wrote a comic book that dives in and tells her story. The theme of the comic book is that, like the moon, we can get covered by the shadows of life, but just because you’re covered in shadow doesn’t mean you’re not still there. You can fight to reclaim your full light.”

In addition to her music, Stirling is a dancer, artist, author, and motivational speaker. Her path to success began in 2010, when she made it to the quarter-finals on America’s Got Talent. In 2012, she released her self-titled debut album, now gold-certified. Two years later, Shatter Me, also gold, reached the Top 5 on the Billboard 200, and in 2016, Brave Enough replicated the success. Both albums won Top Dance/Electronic Album at the Billboard Music Awards. Singles “Crystallize” and “Shatter Me,” the latter featuring Halestorm’s Lzzy Hale, were certified platinum and gold. Her world tours are consistently sold out. Her 2016 memoir, The Only Pirate at the Party, co-authored with her sister, Brook Passey, made the New York Times bestseller list. The following year, she was a runner-up on the 25th season of Dancing with the Stars. This condensed version of her resume only scratches the surface of her accomplishments.

Guitar Girl connected with Lindsey Stirling via e-mail shortly before the start of her world tour.

Artemis is your fifth album. When you look at the timeline, from your debut album until now, what do you see?

In a way, I wanted this album to be a return to the Lindsey that wrote her very first album. Since my first album, I’ve watched my dreams come true, but along the way, I’ve learned a lot of rules: How to write a song, how the industry works, what’s realistic, what “sells,” etc. But in writing this album, I wanted to throw all that away and write music without rules. I also wanted to give myself permission to make wishes and dream big again. And finally, I wanted to stop looking at the numbers but rather focus on the little miracle moments that make me love what I do. Like when one fan tells me my music helped them beat depression … wow, that’s when millions of “likes” or thousands of tickets sold don’t matter. All that matters is the one person in front of me. Life is about uplifting people individually, and that is something that everyone can do.

Did you have the concept for Artemis in mind before you began writing the songs?

When I first started working on the album, I was writing blindly, trying to figure out what to say and what story to tell. I had found out where I was at but didn’t know how to share that. Then, after writing a dozen terrible songs, I finally wrote a song that I LOVED. I was searching for a name that meant “bringer of light” in other languages, and I happened upon the name Artemis. I got so excited and immediately knew that I am Artemis. I think we are all Artemis in our own way — constantly searching to push back the shadows and find our light. Once I found the name, the album came together really quickly.

Musician, songwriter, dancer, artist, author — how do each of these fulfill different sides of your creativity?

I just LOVE the creative process. Even more than a musician, I am a storyteller. I think that is what drives me, and that’s what fuels all different art forms. For me, the story and the concept of a song are the foundation; then the music rests on that. Once I have those pieces of the puzzle, then I love bringing them to life through visuals. Making music videos is so fun. I concept out all my music videos, I co-direct them, and I work closely with a stylist to bring the characters to life. Something many people don’t know is that I’ve edited every single video on my YouTube channel. The story happens in the edit. I also creative-direct my tours, but I am so lucky that I work with incredible choreographers, stylists, and tour team that can take my crazy concepts, sketches, and notes, and turn them into realities.

How do you give each of these crafts adequate time and balance?

I definitely compartmentalize the crafts. They are all their own … until they aren’t. Of course, they eventually overlap, but in the beginning, they all have to be given adequate rehearsal and time to be perfected. The best example of this is the dancing mixed with the violin performance. First, I learn the violin music. Then I go to rehearsals with my dancers, and I don’t even bring the violin for the first week of learning new choreography. Once I feel like I have the violin parts very well learned and the dancing is memorized, I spend hours on my own, slowly meshing the two skills together. Every time I do this, it feels impossible, and I wonder how I did it in the past, but after hours of rehearsal, these two very, very separate disciplines become one giant muscle memory. They become connected.

In your bio, you state, “I figured out how to make the violin fit me rather than make myself fit the violin.” How did you develop your technique to fulfill what you needed from the instrument?

Typically, violinists have played the violin the same way, and they’ve played the same exact music for hundreds of years. A sheet of paper with a bunch of black dots and squiggles is placed in front of you, and it tells you what to play and exactly how you should express it. This is extremely hard to do, mind you, and I have so, so much respect for classical musicians that I can’t even call myself a classical musician anymore. But for me, after years of doing this, I got burnt out. I didn’t enjoy it anymore. Then I had the revelation that rather than playing pieces that were hundreds of years old, maybe I should play the music I liked to listen to. I started to play with anyone and everyone who would let me play with them, from rock bands to country artists to hip-hop tracks. I discovered what I actually liked in music and decided to fuse it all together in my own music, and that’s what made me write my first songs.

You also do motivational speaking in your “spare time.” The first obvious question is, “What spare time?”

Yes, I keep super, super busy. But there are peaks and valleys in this industry. It’s a hard thing for artists to deal with, so people don’t usually talk about it. But I’ll come off of an intense album cycle full of planning and executing a tour show, doing press, directing and editing music videos, costume designing, etc. Then you go from a solid year and a half of running a million miles an hour to a slower season. It’s really jarring. Everyone tells you to go on vacation or enjoy the time and relax, but that induces more anxiety than being overworked for most artists. Suddenly you wonder if you’re not relevant anymore, and you can easily go crazy. So I now have passion projects and go-to things that I have waiting for me when I come to these “slow seasons.” For example, I love doing motivational speaking.

Why is it important for you to speak to young people about your experiences?

I once felt so alone when I was going through anorexia and depression, and I didn’t think that anyone could possibly understand what I was going through. I also felt hopeless. I speak to youth in hopes that I can help them feel like they are not alone in their feelings, and I want to give them tools of how to deal with it, but most importantly, I want them to know there is hope. If I could get through these things, so can they.

Given the remarkable success you’ve experienced and continue to experience, do you have some words of wisdom for young women, or for any young person, aspiring to work in the music industry?

Finally, many fans are commenting on your videos that they want to see Artemis turned into a movie or at least a short film. Is there any chance of that happening?

Yaaay! That is exactly what I hoped the reaction to that video would be. I wanted it to feel like a movie trailer, and I invested a lot of money into the production so that when I was finished with all six issues of the comic book, I could take that video and the comic book to a production company and make it into a full feature film. 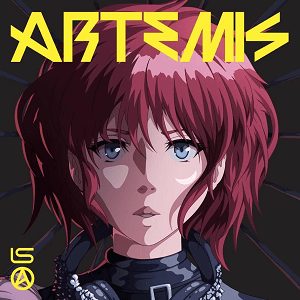