Home Interviews Mags at CMA Fest: You get better as a songwriter from... 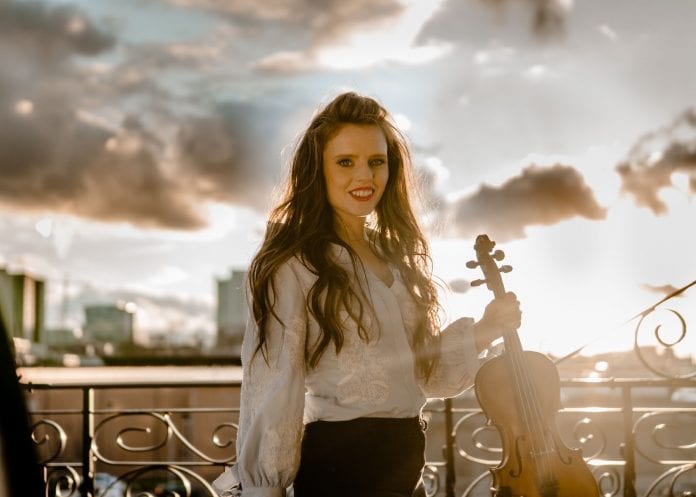 As a singer, songwriter, dancer, and musician, Mags has taken the definition of talented and reimagined its entire meaning. Leaving her home country of Ireland to pursue her dream, this noteworthy woman’s determination and belief in herself is what keeps fans coming back for more. Inspired by the historic women within country music, Mags distinguishes herself by her rock/country sound and signature performances. Equipped with her grandfather’s 132-year-old violin, don’t be surprised when discovering Mags stomping out a complicated Irish step dance, all while shredding on her iconic fiddle. Her one of a kind nature and apparent tenacity is what solidifies the belief that Mags’ career has only just begun.

I’m loving it here. The weather is so nice, and the people are so good. I got to perform on a CMA stage last night. I still think I’m on a high after it. I could hardly sleep when I got home; the audience was so good and so nice. This place, the city – it really is music city.

Had you been to Nashville before?

Yeah, years ago I toured with a dance show, but two years ago I arrived here and recorded songs and stuff. I’ve been back and forth to Nashville many times, but this time I actually moved here and have been here since January.

Being a songwriter, could you tell us a bit about your process and how writing in Nashville has been for you?

I was a singer-songwriter since I was very young. My dream was always to come here, meet people, and to co-write. You know, you arrive here from a different country, and it is very hard. The best songwriters are in this town. You get better as a songwriter from writing with other people. I crafted my own sound with my manager, Mike. We mostly write together, but we have co-written here, and it’s been the experience of a lifetime, really.

I’ve read that you are quite the quadruple threat! Singer, songwriter, musician, dancer… where did this all begin? Was it dance first? Singing? Music?

I began Irish dancing when I was four years old back in Ireland. I took up fiddle when I was six. My grandfather played fiddle, and he died when I was two. But I use his fiddle today which has a lot of value to me; it is 132 years old. It’s gone to a lot of countries; it’s my pride and joy. From there I picked up guitar when I was seven. I was always the one who wanted to try as many instruments as I could. I tried writing songs when I was younger, was never any good, but I kept on practicing. Eventually, as years went on, I picked up the banjo, played with friends back home, and did gigs around Ireland. One day I got a call to join a dance show called, River of the Dance. 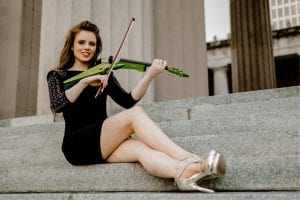 Through traveling with your dance company, were you able to begin playing music other places as well?

I went from playing in a pub back in Ireland to playing in front of 20,000 people. For me, I gained an experience of a lifetime. To do something you love, get paid to do it, and see the world was an experience I would advise any young person to do. I gained a lot of stage presence, and I grew to be a better person as well. You see a lot of different people out on the road, and you just want to make people happy. I always wanted to go off on my own. It takes a big leap and a lot of courage, you know, to leave everything.

How do you feel your Irish heritage influences the sound of your music, especially now that it is mixed with your American musical surroundings?

I grew up listening to country music – Dolly Parton, Patsy Cline, Johnny Cash. One thing that is very prominent for me is Irish music and Bluegrass music; there is definitely that connection with the fiddle. Even though I talk with an Irish accent, my music is a mix of country and rock; it’s very different to maybe someone else in this town. If there is one thing I always believed when I came here is that I don’t want to change who I am or what I am. I am very proud, I suppose, to be who I am. To come here and play with the best of the best has been an amazing experience. A lot of “A” list players in this town have come out to support me and introduced me to people. It’s really made me feel at home.

You brought up Dolly Parton and Patsy Cline, are there any other women that have inspired you?

Obviously, I love Carrie Underwood. I love Miranda Lambert. They are great artists. But Dolly Parton, I got to meet her in 2007, and I got to perform with her in Dollywood. She really gave me great courage to keep going and never give up. She says she went through a lot herself. I think out of all the people I’ve met in country music, I definitely think that she’s been someone I’d want to be like.

What is coming up for you in the future that fans can look forward to?

I’ve got a new single out, it’s called “Strong Enough.” I’m going on a big US radio tour in August to support the single. A lot of radio stations have started to pick it up, and I’m hopeful many more will as well.  I’ve got a band I’ve set up here who are very young, determined, and energetic. It’s going to be an exciting year!