Home Interviews Jada Vance at CMA Fest: I love to be on a... 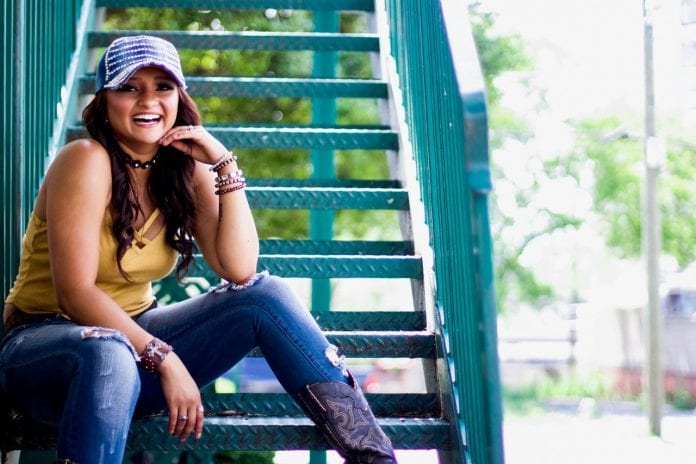 Busy performing at CMA Fest, Jada Vance made time to sit down with us and reminisce about the musical journey that got her to where she is now. Growing up with a deep admiration for singing, it wasn’t until a dare and a trip to Bowling Green, Kentucky to audition for American Idol, that Vance’s lighthearted hobby became a viable career. Thriving off of her connection with fans through her lively performances, Vance is prepared to continue pursuing country music greatness.

How are you enjoying CMA Fest so far?

Have you had the chance to watch anyone perform?

Unfortunately, no! My schedule has been so packed. I did get the chance to see some songwriting friends last night and support their shows, which was pretty cool.

I read that you got into music at a relatively young age. What was it that inspired you to begin your musical career?

I was 16 years old when I truly got into the music industry. Before that, I had fun singing in my backyard and entering karaoke competitions. I really didn’t think I would pursue music as a career. I was going into journalism and broadcasting, but after I was on American Idol in 2013, things really began to take off. I toured with some pretty big ‘90s country music stars.

What was it that made you decide to try out for American Idol?

It’s always funny when I get asked that question because it’s kind of ironic. My friend’s mom told me that this was the first year that American Idol was going to be doing the small-town bus tour. She said they’d be coming to cities nearby and dared me to audition, basically joking that I was too shy to do something like that. I went home and told my mom that we needed to leave for Bowling Green, Kentucky early tomorrow morning so that I could try out for American Idol. My own mom even joked that I couldn’t do it! It all kind of got started from a dare and from me feeling the need to prove myself.

What were some of the lessons you took away from your experience on American Idol?

I think the main thing I took from Idol was my fan base and the amount of exposure that it presented. After that, I got to meet some really cool people. Without that experience of being on Idol, on national television, I probably wouldn’t be where I am today. I am very grateful for what I gained from the show.

Who are some of your female musical influences?

Most of my influences are women. Growing up, I got my first Dolly Parton cassette tape when I was six, maybe eight years old. I grew up doing bluegrass, so I listened to a lot of the Judds and Loretta Lynn. Once I got a bit older, middle school aged, I started listening to Carrie Underwood and Miranda Lambert. A lot of the ‘90s artists inspire me as well; Martina McBride, Faith Hill, and Shania, of course!

Have you ever delved into songwriting?

I feel like my specialty as an artist, the best thing I could offer my fans, is performing. I love to be on a stage in front of a crowd. To be able to see them sing it back to me and interact. Hopefully, my presence on stage provides the audience with a more personal feel, less like what everyone else is doing.

How would you describe your sound to someone who may have never heard you before?

If you put Dolly Parton, Carrie Underwood, and a hint of Miranda Lambert into a pot, and mix it all together, that would be me!

What can your fans look forward to from you for the remainder of the year?

There is a lot of exciting stuff coming up! I just signed with a new booking agency, and they have been doing a great job. I’ve got a ton of performances booked for the near future, and fans can find all of that information on jadavance.com.