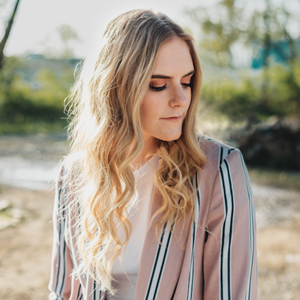 Pop singer-songwriter Megan Davies, known for her mash-ups created with her sister and other friends, has recently released her original single “Doesn’t Matter.” The single is about overcoming bullying and encourages those who are bullied to stay strong and believe in yourself.

She released her EP, Bad Poetry, last year (July 2017) and can be streamed in its entirety here. Davies’ mash-ups have received over 175 million views with 1.2 million subscribers and counting. She has collaborated with Red Cross & American Cancer Society, and has performed for Hugh Jackman, Zac Efron, Zendaya & the creators of The Greatest Showman.

With Bad Poetry and “Doesn’t Matter,” Davies really enjoys writing and performing her own original compositions, and her original project, Bad Poetry, has over 2 million Spotify streams.

Your new single that is out, “Doesn’t Matter.” It’s about overcoming bullying. What led to you writing the song? Was it from a personal experience or just hearing about what’s been happening to people?

Megan Davies: Yeah, for me, I definitely personally didn’t have any experience with bullying, per se, but I definitely experienced depression when I was in junior high and high school. It was a difficult time for me. I think it’s difficult for a lot of people at that age, when you’re young and trying to figure out everything and find your place. I think when I started playing this song for people I was getting a lot of stories.

It revolves around the idea that it gets better and just growing up, it’s hard for everybody, but as you get older you gain more perspective and become confident in your own skin. It’s a really exciting thing, although it was almost like a letter to myself back then because I had a really hard time thinking about the future. When I started playing it live, I was getting stories from a lot of different people.

Even at shows, people who just heard it for the first time and they were sharing their stories with me and I realized that it was applying to a lot of different things, whether it was bullying or just not feeling comfortable in your clothes or your skin or who people want you to be or think you should be. The video we ended up doing for it, the music video, it stars a boy who’s nervous to take his shirt off at the pool and that actually came from the director of the music video.

That’s where he jumped to when he heard the song. Of course, I have my own moments that I think of when I play this song. I read about a few of them in the verses, but we thought it would be cool instead of just trying to re-enact my own experiences to have someone else’s experiences in the video because the song is really wider than just my own experience.

You started out doing mash-ups and covers on YouTube with your sister and other musicians & bands in Nashville. What inspired you to do that since your passion lies in performing your own original music?

Megan: It started just as a fun side project. I’ve always done music for fun. I was absolutely pursuing it, but most of my friends are musicians. My sister sings and it was really just sort of a fun idea like, “Let’s make a music video.” There really was no ambition really behind it to like, “Oh, I really want to be a YouTuber,” and…I could never have imagined myself being on YouTube.

The reality was that we were making things and as we were making them, we were getting better at making them. I think some of the greatest things in life come out of just that having a passion for something and spending your time doing it. I was writing songs too and it just so happened that the thing that it ended up being a career for me is … first was the covers and the mash-ups. When it started happening, I embraced it fully because it’s a lot of fun making those too.

The videos have received well over 2 million views also…which is amazing!

Megan: It’s just the power of social media and how much it’s encompassed people’s lives and how well it … Back in the day, if you were struggling back then, nobody would even know really who you are and here comes YouTube, not you, per se, but just in general from doing YouTube. When you have YouTube as a resource, it kind of changes perspective, which I always find is interesting.

Megan: For me, I’m actually focusing on some singles right now, so “It Doesn’t Matter” was one single and I have a few others in the works.

Megan: It was really important to me to make the EP last year, to come out with a project that was just my own and that was my goal, honestly, for last year. I really wanted to put out my first original project. This year, I’m approaching it more, as I make things, put them out which is how I’ve always approached YouTube as well.

I tour a lot and, when I’m here [Nashville, making videos, so instead of just spending a huge chunk of time making one long project, I kind of wanted to keep jumping around some things throughout the year so I can keep performing and keep making videos at the same time, just keep putting out original songs as they come. You’ll probably be seeing a series of singles in the next few months.

Great, looking forward to it! You’re going to tour on the side as well?

Megan: Yes. I actually just finished a tour this past winter, now I’m looking towards the summer and to the fall and you know, hopefully, get some more dates on the calendar soon.

I don’t blame you for taking a rest or a breather. My last question for you is, who are some of your favorite female musicians?

Megan: Favorite female musicians. Well, the first female guitar player, just playing songs…Carole King. She’s sort of an experimental acoustic player, does like a lot of tapping. When I was young, I was just … that was my type of music I loved all my life. She was also, I think, one of the first female guitar players who I really saw who’s technically so great and it was very inspiring to me when I was younger. I saw her play when I was in high school and I actually auditioned for college with one of her songs. She was a huge influence for me and then I think, looking back even like the ’90s, like a lot of the singer/songwriters with guitars like Aimee Mann & Sheryl Crow. Even some of the younger pop artists back then like Michelle Branch, Avril Lavigne…they always were holding a guitar.

That definitely left an impression, I think, when I was young, and I was obsessed with a guitar when I started playing. Those are some of the ones that come to mind.