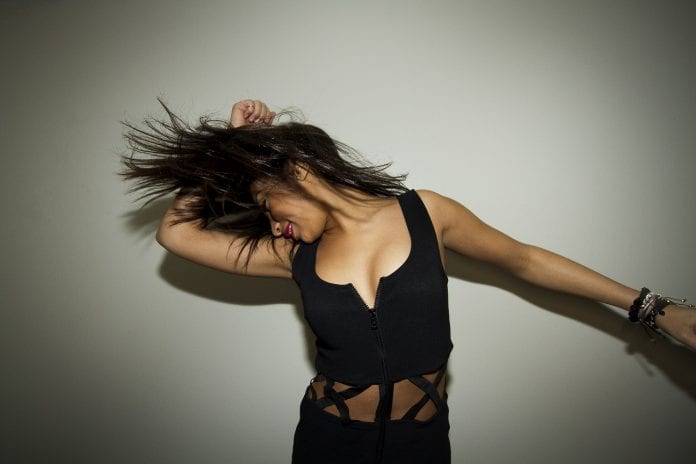 Born to a mother who is a music publicist and a father who is a guitar player, Micah [pronounced “Mee-kah”] Schure took up ballet when she was just 3 years old.  But it wasn’t until her mid-teens that she decided to take singing, songwriting and guitar playing more seriously.

A native of the borough of Manhattan in New York City, Micah has played shows and benefits up and down the East Coast.  One benefit, which raised over $60,000 for a friend who served in the Marines but lost both his legs while serving in Afghanistan, had Micah sharing the stage with Michelle Williams of Destiny’s Child fame. Currently, Micah is based in Boston, where she is a junior majoring in Communications at Emerson College, and has also been taking some classes on the side at the famed Berklee College of Music.

A couple of years ago, Micah released a song entitled “Rebel,” which drew the attention of another Destiny’s Child alumna who is presently a chart-topping singer in her own right, Beyoncé. I asked Micah about that, as well as other topics like how being a musician compares to being a ballerina, and how she landed a coveted honor on one of America’s leading fashion magazines.  But first…

GGM: I thought I’d start with a fun question for you, Micah. Which big-name popular music act was the first that you got to see live in concert?

Micah: My mom’s in the music industry so I’ve been fortunate enough to attend A LOT of shows. I literally can’t remember my first one! I think some of my earliest memories of concerts are Ricky Martin, Christina Aguilera, Destiny’s Child, and Jessica Simpson. I feel like I’m dating myself.

GGM: Did your father’s guitar playing have anything to do with you teaching yourself how to play guitar?

Micah: Yes, of course! He taught me my first couple of chords and his playing always fascinated me. Who actually got me playing, though, was my friend Ruby! Sophomore year in high school, during spring break, she taught herself guitar! I WAS SO JEALOUS! I suppose it was a beneficial, healthy jealousy to have. We started playing guitar a lot together and really just simultaneously blossomed as friends and musicians.

GGM: What advantages does being a singer, songwriter and guitar player offer for you, as opposed to being a dancer or ballerina?

Micah: I loved dancing. Ballet was my LIFE. I was dancing four hours a day, five days a week. Honestly, being a musician was less strenuous on my body. I was having terrible knee pains! As an artistic person, I had to find a different way to channel my creativity. Music was there for me, and honestly I’ve found it to be a better channel. I can truly tell my story through words as a songwriter. With dancing, it’s more about the audience’s interpretation. I definitely appreciate both art forms but I like the straightforwardness of songwriting.

GGM: Do you prefer playing an acoustic guitar or an electric?

Micah:  Definitely acoustic! I’ve only played electric a couple times and honestly, I’m too heavy handed for it. I love hearing other people play electric, though. I just sync better with acoustic.

GGM:  I notice there’s more of an “acoustic soul” trend developing worldwide.   Would your music be the kind that would fit in with that?

Micah: Yeah, I’ve definitely noticed that, too! I’m still discovering my sound. I think it’s extremely difficult to determine your sound if you haven’t recorded much or don’t play with a band frequently. As of now, I’ve only heard my music accompanied by my acoustic guitar. I’ll be recording this summer so I’m super excited to see what turn my music takes.

GGM: How did Beyoncé hear of your song “Rebel”?

Micah: The time and the place were opportune. It’s such a compliment when someone that talented says the things she said about me!

GGM: Next, Micah, my congratulations to you for being selected as one of Glamour Magazine’s Top 10 College Women for 2013. How did you land that coveted honor, and would you call yourself a “fashionista,” if not a supermodel, in addition to being a musical performer?

Micah: Thank you. Katie Sanders, the writer of the piece and an editor at Glamour, actually found my music, contacted me and encouraged me to apply. I really thought it was [a] long shot but I figured why not! If I didn’t apply, I would always wonder “what if?” I’m so happy I did, and I truly still can’t believe it. It’s crazy, my face is on newsstands around the country and people will get to acknowledge my achievements. It’s an amazing opportunity for my music and my growing fan base. Would I call myself a fashionista? Sometimes, I suppose. I definitely have my own style, which sometimes is great and other times confusing. I think my image is extremely important and correlated to my music. A supermodel—NO!  That’s funny!

GGM:  Following up on that, since you also major in communications, would that mean you’d also like to be a TV personality or a spokesperson?

Micah: That seems kind of scary, but I’m so up for trying anything. That would probably be awesome. Right now, my main focus is just being good at music. As for being a spokesperson, I think that would be insanely awesome. When I’m passionate about something, you can’t shut me up!

GGM: Finally, though you have “Rebel” currently available on iTunes and Amazon, how is production going on your forthcoming EP?

Micah: So well. I’ve had a couple meetings with different producers and I’m so excited about what’s to come. I’m going to take my sweet time recording. My songs are like my children and I want them to be their absolute best for the world.

Subsequent to my initial interview, Boston was rocked by one of the most tragic events in the last few years. I asked Micah about how she dealt with it.

GGM: As everyone knows by now, there was a bombing in downtown Boston back on Monday, April 15, as that city’s famed Marathon road race was winding down. Three people died, and well over a hundred were injured. How did you know about the bombings, and what was the reaction to it from you and your friends?

Micah: I live a couple blocks away but didn’t leave my apartment out of fear for two days. A lot of my friends are saddened and confused. I’ve been dealing with it a little differently. I went through 9/11 first-hand; as you know, I grew up in Manhattan. I was in downtown Manhattan on September 11, 2001. The bombings in Boston have brought back nothing but extreme anxiety and flashbacks to 9/11. I’m so saddened, anxious, fearful, confused, the list goes on. The Emerson and Boston community, though, has been so supportive of everyone and what we’re all individually going through. I know in a couple of weeks because of everyone’s support, myself and others will be able to become strong again.

We here at GGM appreciate your resilience, Micah, during the Marathon tragedy and its aftermath.

Micah’s EP is expected to be released later this year.  In the meantime you can find her and the 9 other top college women chosen by Glamour, at http://www.glamour.com/about/top-10-college-women-2013, and also in Glamour’s May 2013 issue, with Hayden Panettiere, star of the ABC drama series “Nashville,” on the cover, wherever magazines are sold.