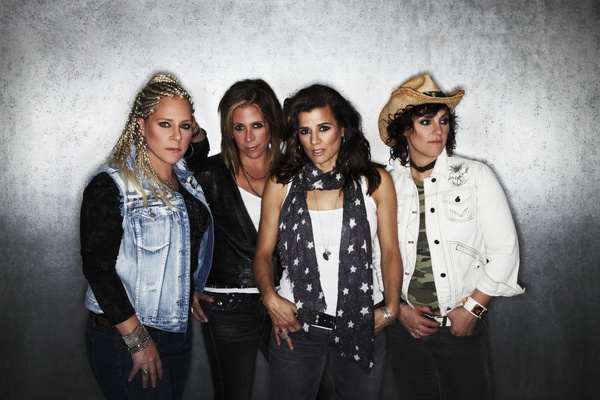 Following the successful release of volume one of their series Whiskey & Wine, Antigone Rising recently released volume two which Kristen Henderson says, “the songs have gotten much more personal, the productions a little more elaborate. These songs all have something to say.”

Lead singer and guitarist Nini Camps took the time out of their tour schedule to give us a little background into the new EP and what fans can expect to hear.

Nini: WWV2 has a very personal feel to it. Songs like “Game Changer” and “My Town” really speak to who we are, where we come from, and what we believe in.

How about your official music video for “Game Changer?” Can you share with us the meaning behind the song and video?

Nini:  “Game Changer” is a call to action. It is about believing in yourself and knowing that we can all be game changers. We can all stand up as one voice and generate a groundswell for change. We believe in equality for everyone and our video reflects that. It is a community coming together in solidarity.

With such a busy tour schedule, how does the band juggle writing, touring, and family life?

Nini: It is a full time, intense balancing act! There is no easy was to manage it but somehow we do. Our jobs are not unlike any job that demands time away from home. We are fortunate to have supportive family and friends. “It takes a village” is not lost on us.

What’s your background in music and when did you first begin playing?

Nini: I first began playing guitar in high school. I fed myself a steady diet of Indigo Girls. I would squirrel away in my room every chance I had with a cassette tape and played it over and over in my room until my hands could play the chords and slowly I went from awful to almost to playing along in time. After that, I studied a little in college and then after that, it was learning on the go, watching, listening and hours of playing because I loved it.

As you head out on tour, what can fans expect to hear?

Nini: We are having such a great time on the road. The fans that come out to join us are so great and feed our love of playing. We try to mix the show up with old and new songs as well as throwing some throw back covers or top 40. Usually the van ride dictates the shenanigans of a show. We spontaneously burst into random cover songs at any given time despite the consequences!

To learn more about Antigone Rising, their music, and catch a show in a town near you, visit their site HERE.