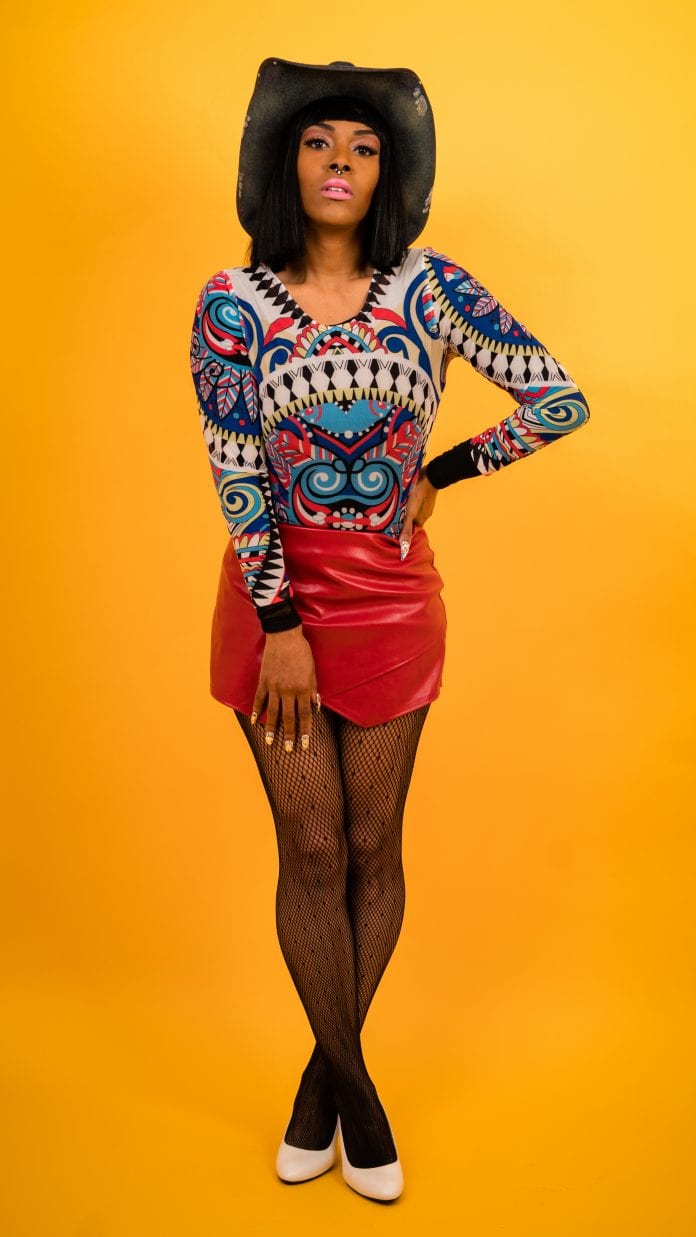 Having grown up in Houston, TX, singer-songwriter and performer, Niva the Soul Diva, made her home in New York and decided to channel her past hurts and disappointments into creating her own sound and giving herself the stage name of Niva the Soul Diva.

Being inspired by such classic artists as Tina Turner and Bettye Wright, along with Mick Jagger and The Rolling Stones, Niva released her first full-length album in 2010, titled Rollercoaster Love. Her latest EP, Love, Life & Music, was featured on 2018’s Grammy ballot.

Niva chatted with Guitar Girl Magazine about her artistry through the years, her reaction to having her music on a Grammy ballot, how NY has inspired her creativity with music, and more.

You’ve been shaping and building your artistry throughout the last eleven years. Is this something that you’ll continue doing, and what has it taught you?

Niva the Soul Diva: Actually, I started working at the pro level between 2008 and 2009 when I first started being mentored by my production company New Black Music and my band leader’s production company, Panache entertainment. The people that I work with are a tight-knit circle – they are a group of highly skilled musicians and producers and in my opinion, we make magic.

This music journey of mine has taught me that you must be true to yourself and you must make music because you love it – there may never be an award. You must make and perform music because it is in your blood, that is the sign of a true authentic artist.

Your new EP, Love, Life & Music, was included in the 2018 Grammy Ballot. Describe your reaction when that was announced.

Niva: Well, this was not the first time one of my songs were on the Grammy ballot. I have had two previous songs that were accepted in the past. But I was still very pleased that our submission was recognized by the Recording Academy.

Going to the Grammy awards in New York City was awesome! Though, I couldn’t help but feel saddened. I wanted so much for all of our hard work to result in our project being read out as a winner in the categories that we submitted for. That is the dream of every recording artist, to have their project announced from the stage at the Grammys. Maybe one day.

You also have a new music video for your single “Hennessy Love.” What was filming like, and how did you become involved with the director and producer on this video?

Niva: My production company, New Black Music, produced the video, so the whole project was an in-house family affair. We also brought in choreographer, Prince Hairston, for the videos awesome dance scenes. Prince and his dancers were patient with me in learning the dance routines. He also acted as the stylist and gave me some amazing outfits to wear.

Prince really took me out of my comfort zone and introduced me to a great sense of style.

Originally hailing from Houston, Texas, how has your current home (NY) inspired your creativity and music?

Niva: In Houston, it is mostly about rap and a harder-edged hip-hop sound. Even though Beyoncé and Destiny’s Child came from Houston, it is still very difficult for R&B artists. It wasn’t until I came to New York city that I was exposed to the legacy of R&B music and also introduced to soul music. I learned about great soul singers from cities like New York, Chicago, Philadelphia and so on.

The most important thing that I learned when coming to New York was how to sing and perform with a live band. I learned how to live up to the legacy and heritage of the great R&B soul performers of the past and I am very proud of that.

What else is planned for the rest of this year?

Niva: I will be re-releasing remixed and remastered versions of my two previous albums, Rollercoaster Love and Unrivaled. I also have a new ballad that we have been tinkering with for a while now – it will soon be released as a single.

I also look forward to doing another track with my produce ‘stay high 149’. When it comes to an awesome hip-hop banger ‘stay high 149’ is the man. Our goal is to hook up with a major record label. I’m also hoping that we can get a major booking agency to work with. These are all goals that we have been trying to accomplish for so long and that’s why this music industry can be so frustrating, but as I said I have so much music in me and I just have to get it out. Every time I do a show, I hear people scream and watch them jump around I know that I can’t stop. So you guys, keep watching out for Niva the Soul Diva!