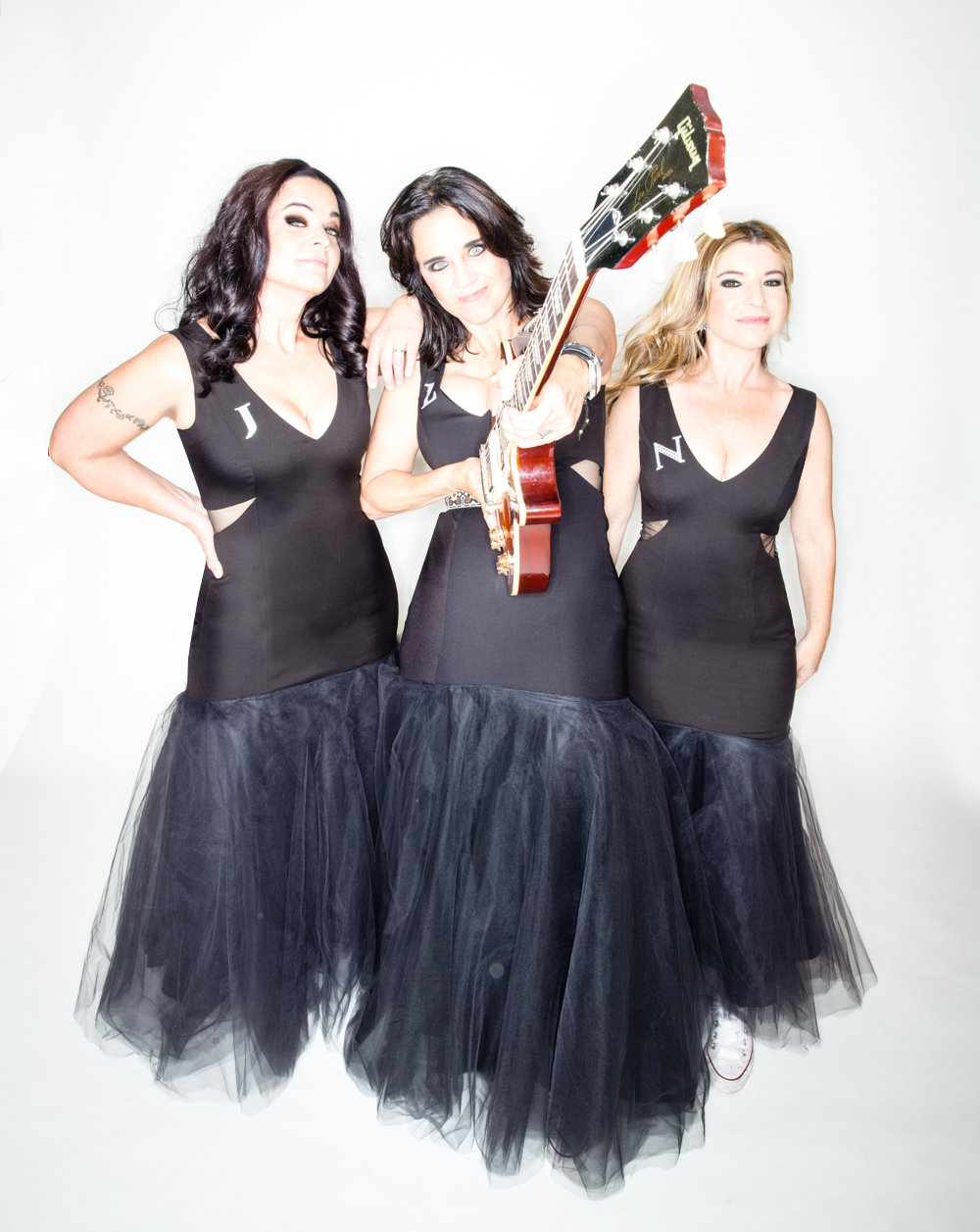 The female rock-pop trio that makes up the group No Small Children have released their new album, What Do the Kids Say?, out today. The ladies that make the trio, Lisa Pimental, Nicola Berlinsky and Joanie Pimental, are school teachers by day, who decided to form a band during recess on a playground. Lead singer and guitar player, Lisa Pimental, spoke with us about their new album, featuring themes that are important to them as teachers and individuals, and their popular remake of the Ghostbusters theme song, which was featured in the 2016 film remake.

How do each of you manage being in a band, and teaching school? Is it sometimes difficult, or have you guys figured out a routine that works for you?

Lisa Pimentel: It is true that it can occasionally get pretty crazy…and it’s getting crazier every day! A big part of being able to manage everything so far for us is that schoolteachers tend to be super organized. We love lists. We love order (laughs), so we try to manage our time super carefully. We carve out band time and we count on that time together every week. It has become a respite for our everyday lives. These rehearsals are also a place to be creative and to rock out so loudly that there is nothing else in the world…and sing from so deep in your gut that every doubt leaves your mouth. It is also a place to try new things with people that you know will have your back no matter what. We talk about school a lot at band practice and we talk about our band a lot at school. We think that having a place and time to be creative makes us better teachers and happier people. We love all of it.

You all are gearing up for your upcoming new album, out today. One of the songs on it is “I’m So Concerned,” which touches on gun control. This is obviously a very important issue for you all…can you elaborate on why you all decided to address it on the new album?

Lisa: Every songwriter writes songs about things in their lives and this is ours. Being a teacher requires so much of us…time…love…preparation… understanding… empathy… education…patience…mixed with being so present so you can read every kid at the same time in every moment while teaching everything they need to know and beyond. We are there with them and witness to what is happening in our classrooms. We notice things. We notice how kids change through time. We notice how what is happening in the world has an impact on kids. We notice how parents change too. We also notice how miraculously hopeful people are, even when it seems impossible to do this job. This song is where our teaching and our rocking come together. This song is about a lot of things. It’s about listening.  It’s about responsibility. It’s about education.

Purchase What Do the Kids Say? here.

Do you all touch on other important issues to each of you on the rest of the album?

Lisa: “It’s All For Love (For Goodness Sake)” is about raising each other up in our chaotic world. It’s easy to get down these days. The song is about trying to be kind…as so many of us are. We also have a song called “Can You Imagine.” We were thinking about our moms and what it was like for them growing up. They are total badass ladies that created three ladies that want to rock out all the time. We are so grateful for them being able to imagine more than what was expected of them. Then we started thinking about how that relates to all of us. How can you imagine a better situation when you can’t see it? That’s pretty much what the song is about.

What was the writing and recording process like for What Do The Kids Say?

Lisa: Most of the songs were written ahead of time on acoustic guitar and then brought to rehearsal. After we had a chance to work it out, we brought it to Bob Marlette (our producer) from pre-production and then we recorded.  After we knew the general idea for the songs, we recorded drums, then bass, then heavy guitars, then vocals, then fairy dust guitars, then other bells and whistles and backup vocals. This was the first record we did with Bob, so it was a little different to have someone else in the process. It was so great to work with him. He really got us thinking at a new level…so we could “Imagine.”

Stream What Do the Kids Say? via SoundCloud below:

Your remake of the Ghostbusters theme song was featured in the 2016 movie remake. What was having a popular song in a popular movie like for you all? Was it overwhelming, exciting or something altogether?

Lisa: It was amazing to get that phone call. The film was pretty much locked and Paul Feig heard our version in the final hour. It was one of those “you never know” moments because we had gotten the song to him through Ted Shapiro, who was the composer on the movie. Artists do this all the time…give your demo or your screenplay or whatever to someone who knows someone, who knows someone. Sometimes you get lucky! The placement led to many more opportunities…and continues to! We are super grateful for all of it!!!