There’s much to be said about Samantha Fish’s unique musical style. Her distinctive blend of blues, rock, and soul is perfectly tailored to her sultry pop vocals, a difficult pairing to pull off. But she does.

Fish is currently gearing up for the release of her latest album Kill or Be Kind on September 20, which is her first album with Rounder Records.

Recently, we caught with Fish to talk about her amazing sound, her new album, and her latest tour.

First question, what guitar do you use?

I’ve got an arsenal of them right now. My main go-to guitar for a good portion of the shows is my Gibson SG, but I also use a Fender Jaguar. I’ve got a couple of custom-built from a company called Delaney Guitars, one that’s sort of like a 339 when you first pull together. They called it 512, but it’s hollow-bodied and got a big body build. It’s kind of like a Thinline Telecaster with humbuckers and semi chambered. I got a cigar box that I utilized for a lot of the show, and I’ve got a Taylor acoustic guitar that I’ve been using on my show.

Is the gear different from what you use in the studio?

You know my rig in the studio, I mean I can’t just bring everything in when I go into the studio. On this last record, I kind of took in all my amps, all my pedals, and all my guitars. I mean, I bring in everything I can.

Your sound is pretty unique. Do you find you favor one particular sound on one song, and then switch out for another one?

Yeah, for sure. It just depends on what the song calls for. The guitars have kinds of different outputs; some are more aggressive, some are a little bit lighter, it works better for rhythm guitar rather than lead. I do a lot different tuning too, so it helps to have that many guitars with you on the show, that way you’re not spending a good portion of your time tuning your guitar into something wacky.

Sometimes I leave that open to the studio, though that’s why I bring everything in there with me because you can have all of the best intentions in the world. You could go in there with these like rigid ideas of what a song is going to be, what it’s going to sound like, and then you get to the studio, and it changes for whatever reason. You know sometimes there’s more of a natural fit or something. You can’t get too hung up sometimes on these really firm ideas. But sometimes I do, and sometimes I like to let things flow, to happen naturally.

So you’re on tour right now in the US. How is that going?

Was it your first time in Europe?

No, no, I’ve been going over there since 2011. It was just a really nice spread out tour. We hit the UK, Germany, and Paris, and I went to Italy for the first time with a band.

Did you have people that were coming to the shows that had seen you before, or was there anything in particular that stuck out for you?

I mean with the European tour, I’ve never played in Italy before. We actually sold out the venue in Bologna. That was kind of surprising to me because I guess our online presence has spread to some places that we actually haven’t been physically. When you are just meeting an entire room for the first time, none of these people have any prior experience seeing these shows, so it was really cool. 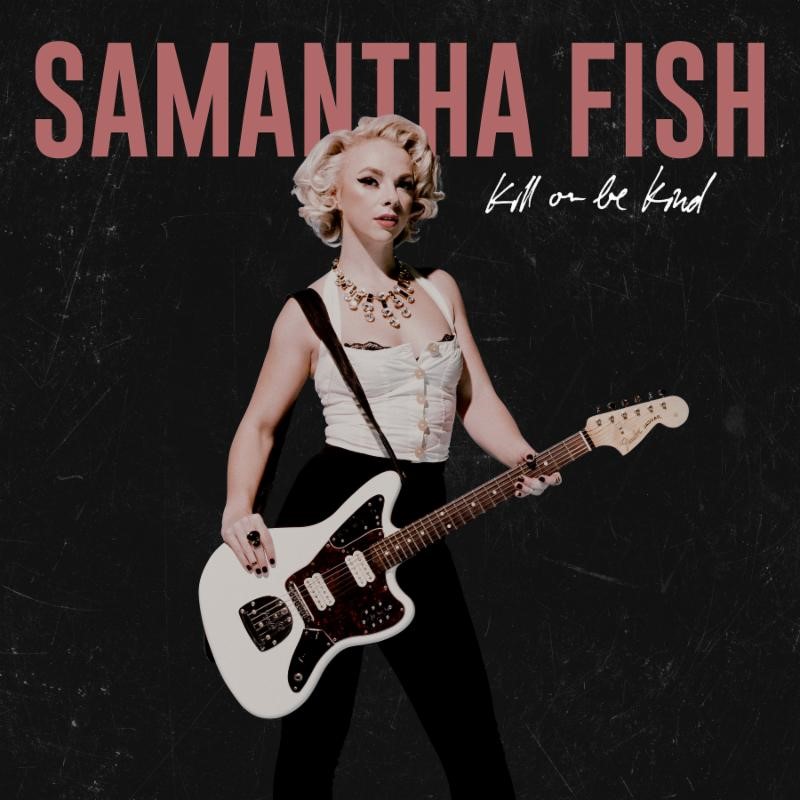 How has it been working on your new album?

It’s my first album with a new label [Rounder Records], but it’s my seventh album overall. It’s called Kill or Be Kind, and it comes out in September. I’m stoked about it. I think it’s my best one yet. I think everybody feels that way about their most current project. You know if you don’t, you’re in trouble, but it’s a nice evolution. And I think my fans are really going to dig it.

Is there a track on the album that really speaks out for you?

They’re all really different from one another. We went to Memphis and recorded at a historic studio out there called Royal Studios, so we went for this Memphis vibe. It kind of seeped into the music, but also on this record I got to play with different textures and guitar layering. My producer, Scott Billington, really allowed me to experiment and build out these tracks in a really dramatic way. It was nice to have that kind of freedom and trust from a producer, and I think it’s reflected in the record.

I did a lot of cowriting on this album too. I worked with different writers in Nashville and Los Angeles. I went out there and worked with the folks. The record is bluesy; it’s got R&B and soul elements to it. There’s rock and roll, and it’s got some Americana. It’s even got some pop sensibilities, and the hook is just catchy overall.

You really have your own sound, like everything I read about your comments on how you’re blending genres. What is it about not being stuck in a genre per se that appeals to you?

I just want to make something that’s original. I want my personality to come through my music. When I’m going into the studio to record, I’m not really thinking, “Oh, I got to write a song that’s going to fit into this box to make this type of fan happy.” I’m just writing stuff that appeals to me, and that sounds cool to me. [Genres]…that’s for the record label [to decide] unfortunately. They’re left to scratch their heads on that one, to figure out how do we put this into a sellable genre. But you know at the same time, it’s not just music that feels good. That’s all I’m working on, and that shouldn’t be too hard to figure out.

That’s tough because it was always around when I was a kid. My dad’s friends, and my dad, all played guitar when I was a kid. It just seemed like the fun thing that the adults did, and so when I picked up the guitar, it was like I was joining the boys club, so to speak. But my mom also sang in church. So I think it was just always kind of there. I was a really shy kid. I wasn’t very outgoing, and when I found music, it kind of helped me develop. [Music] gives you direction. It helped me come out of my shell, and that kind of attracts me to it.

So one last question, what advice would you give to young musicians?

Just be yourself. I know that sounds kind of lame and very cliche, but really you have to. And make sure you’re content with what you’re putting out into the world, because you wake up with yourself every day, and you’re the one who has to live with this forever. It’s your legacy. It’s you. It’s your journey.

Be true to yourself and just keep putting out things that make you happy.

Kill Or Be Kind Track Listing