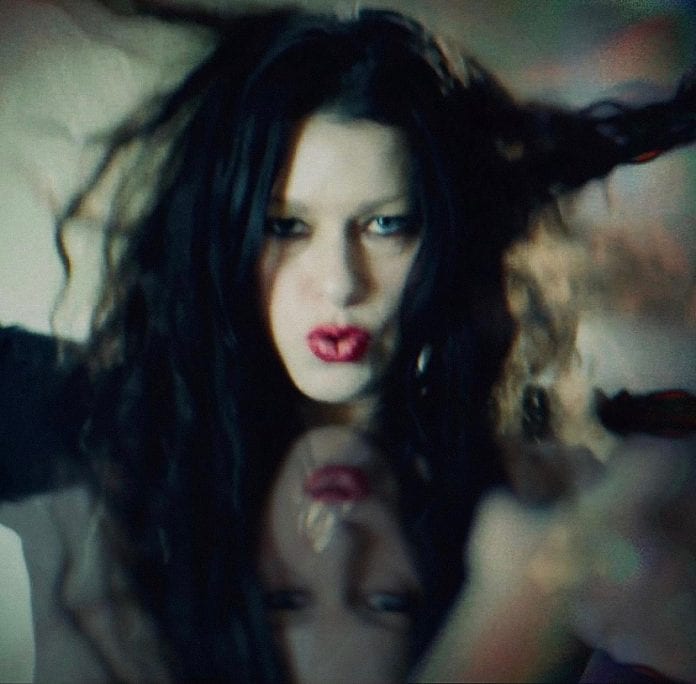 Sierra Swan is an incredibly talented multi-instrumentalist hailing from Minneapolis, Minnesota. Her solo work is already incredibly impressive; however, Swan has made her mark in the industry as a member of Dollshead and has appeared on albums with such iconic artists as two-time GRAMMY Award-Winners The Smashing Pumpkins and Gold Album-selling rock band Cold. She is also the daughter of Billy Swan, who played rhythm guitar for Kris Kristofferson and toured with Ringo Star and The Eurythmics’ Dave Stewart.

Swan released her EP Peaches on May 17, 2021, with the track “Tangerines” as the lead single. Swan also released a music video for her single “I Want My S–t Back,” which was incredibly powerful and showcased the great artist that she is. 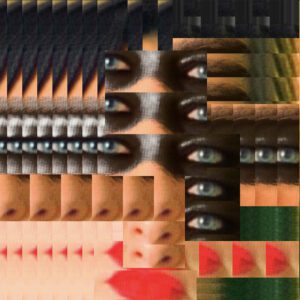 Well, this is the first release since I moved from LA to Minneapolis. So, that difference is pretty huge as far as what I’m inspired by now. Obviously, COVID happened, so I wasn’t able to see many people except for my little family. I have a studio in the basement, so after the kids went to bed, I would go down there and spend hours working on music. One night, I just promised myself that I was gonna make this EP, and I was gonna have a fantastic time doing it—meaning, no rules, no expectations; just having a great time. With my other projects, I’ve definitely been more stressed out. And I feel like it was a completely different world the last time I released something.

Tell us more about the video for your single “I Want My S–t Back.” You were incredibly involved in the process – what was that like for you?

The whole EP I wrote and produced except for one of the songs called “PEACH,” which Billy Corgan wrote and I produced. But everything else, I wrote and produced. So, when it came time to do the videos, because I am an independent artist and there’s not tons of money to spend, I knew I was going to have to direct most of the videos myself. I have done videos before, so it wasn’t completely foreign to me, but it was still very intimidating because I knew I was going to do four out of five, which is going to be a lot of work. The thought of that almost paralyzed me, but once I got started, I got really excited about directing most of the videos myself because I realized I could do it. So, the video concept for “I Want All of My Shit Back” was simple. I gathered some of the friends I’d met here in Minneapolis and, because of COVID, it had to be safe, so I just had them all be amplified versions of themselves. It’s kind of a dreamy day in the life of this woman, who is me. I also knew I wanted it black and white, like ‘90s black and white.

There is a poignant message behind the video. What does it personally mean to you?

To me, personally, it means “I’m fed up with caring so much.” That moment you finally throw in the towel and say I don’t give a s–t. That’s kind of the place I’m at now in my life. I am 43 with two children; I have a lot on my plate. I’ve lived a lot of life; I’ve had many experiences, good and bad. And I kind of feel like I can be myself 100% and not give a s–t what anyone else thinks. That’s kind of the essence of this song.

You’re a multi-instrumentalist: what instruments do you play, and how did you learn?

So yes, I can play more than a couple of instruments, but do I play them well? Not really; I’m still really learning a lot about each one that I play. I mainly play guitar and piano. The past couple of years, I’ve played more bass, and I’ve gotten much better at it. As far as drums, I can hold down a beat, but I’m not John Bonham whatsoever.

I learned how to play when I was a kid. My mother played violin and she really wanted my sister and me to play violin, so we took violin lessons, but neither my sister nor me really flourished at it. So, I took piano lessons, and I enjoyed it. Then, when I got closer to my teenage years, I started learning how to play guitar, and I mainly learned how to play on my own. 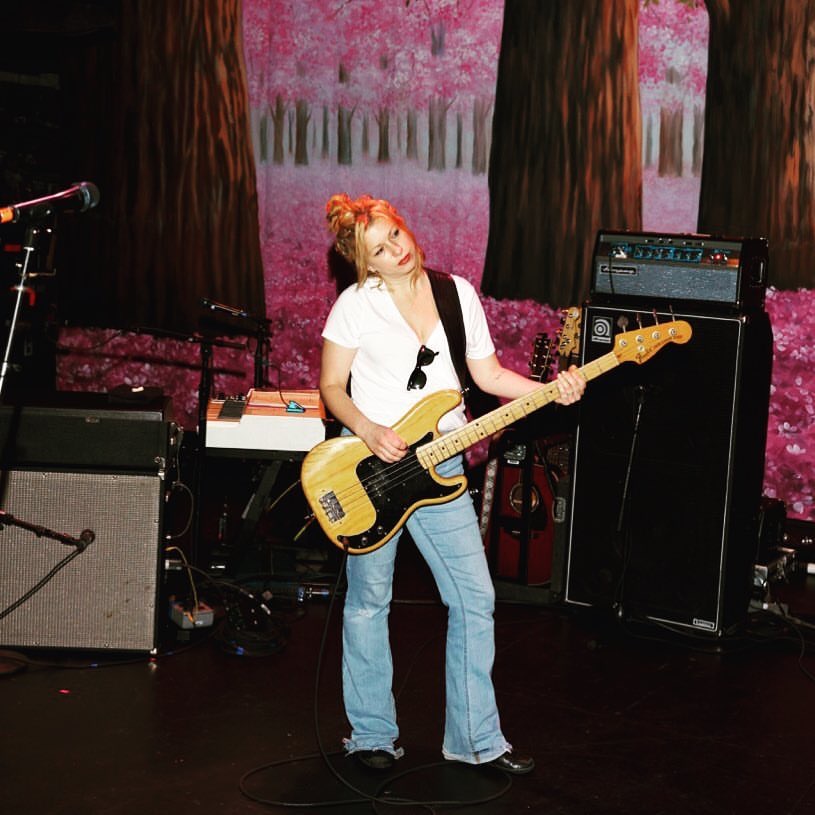 We are Guitar Girl Magazine, so we always like to know what is your favorite guitar to play and why?

My dad has an acoustic Martin guitar; it’s a 75-76 model. My dad and Stephen Bruton got identical ones at Westwood Music in LA. I love that for some reason, but it is delicious sounding. As far as electrics, I prefer Fender Telecasters; there is something about the sound they give off, so clean yet haunting, maybe because it mirrors so many songs we love. So many people have used them and recorded with them, so it’s a familiar sound. I love a good Gretsch as well; I enjoy its confined hollowness.

It was amazing! He’s amazing. Probably one of the nicest people I’ve ever met in my life, and I can call him my father. He was also so attentive to me and my sister when it especially came to music. As soon as he knew that we had a love for it, he really fed that love. Whether it was handing me a Beatles CD every week or making sure I knew all of the songs they wrote. When he realized I was a singer, he gave me Patsy Cline CDs, Sam Cooke CDs, or Frank Sinatra CDs. He wanted to make sure my sister and I were equipped with all of the tools to become great artists. Also, he is a total workhorse. I don’t remember one day of my life, if he wasn’t on tour or that he wasn’t working in his studio. So, that left a real impression on me – you have to write and create all the time in order to get anywhere. I am 43 years old, and I am still struggling in this game. I’ve never had any great success, but that doesn’t mean I’m gonna quit. Because I know who I am; this is what I know how to do best, and so I’m gonna keep on trying. I got that from my father. 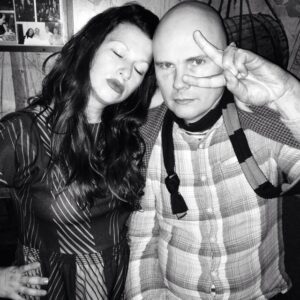 Billy Corgan is a musical icon and working with him has to be quite the experience. Tell us some behind the scenes of collaborating with him and the Smashing Pumpkins in the studio and on tour.

Well, I think what people don’t know about him is that he is really funny. I think when people think about him, they think he’s super opinionated and maybe a little grumpy. I don’t know that side as much as I know the side that is hysterical and who is also a workhorse, and really does his research, loves to hang out with his friends and laugh and walk around in nature or listen to music. He’s actually a really good time. In the studio, he is amazing. He lets you do the work, and then once the work is done, he gives it a good listen and makes judgments from there. I really appreciate that in the studio. He doesn’t tell you what to do. He lets you do the thing he trusts that your best at and then gives his opinion. He’s a spiritual person as well, which keeps him really humble.

How has working with Billy on the production side of things evolved your sound as an artist? What is your collaborative and artistic process like as a team?

Well, the coolest part about working with him is that we are very similar when it comes to how we work in the studio. We both, I think, don’t expect a ton of things to happen. We just let it happen. I am less anxious in the studio than I am in life. I’m more of a control freak in life than in the studio. I think he’s the same way because he also lets his gut tell him what to do during the recording process. If there is a disagreement, depending on who’s project it is, everyone’s very honest about how he or she feels. And in any situation, whoever is the most in charge makes the final decision. But between him and me, I am not nervous to tell him what I think, and he’s definitely not nervous to tell me how he thinks, so there’s a lot of trust there. Trust is everything.