Home Interviews Singer Guitarist Anneke van Giersbergen of VUUR on being part of the... 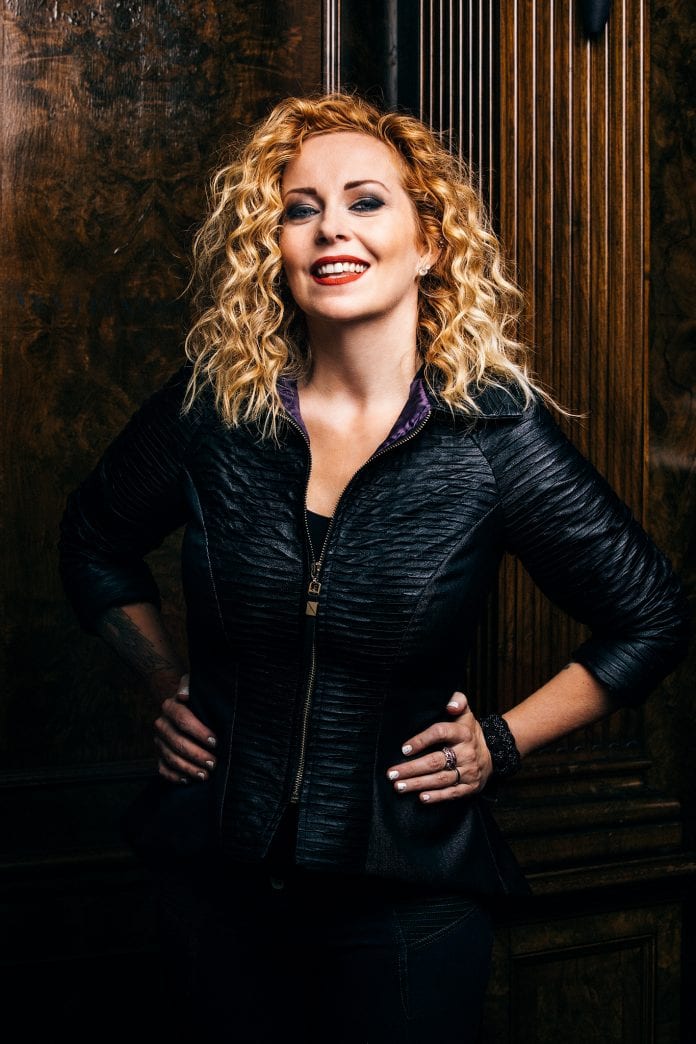 Anneke van Giersbergen fronts the progressive metal band VUUR. With her signature voice, and a wall of guitars, VUUR’s bringing metal into a sophisticated new era.

Van Giersbergen is probably most known for her time in The Gathering and the prog rock band The Gentle Storm. The Dutch vocalist has also performed as a solo artist showcasing her wide range of musical styles.

Anneke formed VUUR so that she could focus her energy on creating music with a more progressive edge. VUUR, the Dutch word for fire or passion, personifies the band’s fiery prog metal and the singer’s multi-octave range.

Meet the band of metalists from around the globe:

Their full-length debut In This Moment We Are Free – Cities (InsideOut Music) was released last year with much anticipation. Since then, VUUR has been working hard building a fanbase playing large European festivals and also headlining their own shows.

On stage, van Giersbergen is uniquely recognizable — head swaying,  vocals soaring — playing her coveted Gibson SG. The iconic guitar has captured her attention for as long as she can remember. “It’s been my fave electric guitar since I was young and started out in music,” says van Giersbergen. “I was happy as a puppy when I bought my first one!”

She also tends to strip things down with an acoustic; putting her individual spin on songs from Pink Floyd to Cindy Lauper. Additionally, her version of Audioslave’s “Like A Stone,” is a stirring tribute to Chris Cornell with her Kate Bush-style vocals and soulful playing.

Anneke took some time in between her busy tour schedule and travels for this Guitar Girl interview.

What inspired you to go back and focus on a heavier type of music such as your current band VUUR?

Anneke: I have always been involved in the heavy scene, but I did a lot of other music in the 10 years I have been going solo. I love singing in different genres, I learn a lot and it keeps me inspired. In the meantime, I have worked with artists like Devin Townsend and Arjen Lucassen, as well as bands like Moonspell, Within Temptation, etc. However, I have never formed my own heavy oriented band and I felt it was time to do so now. I already created a project band with Arjen Lucassen, The Gentle Storm, and it felt so good to create and perform this album that I immediately started working on forming a band with the goal to make it last a long time. I fell in love with the live band of TGS and asked them to hop over to the new band with me and they pretty much all said yes! So here we are!

As a solo artist, you’ve explored acoustic softer almost folk-style music. Does switching between the lighter and heavier styles help express all of your musical inspiration?

Anneke: Absolutely! One inspires the other. I love switching between these other fields. In a way, they both represent my character and my musical inspirations. Both sides nourish me, and I love how the audience is also open-minded about it and (will) check out different music (other) than what they are used to listening. 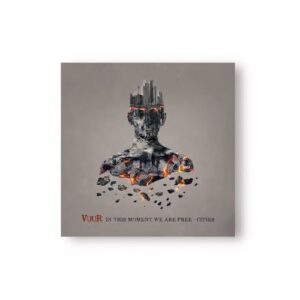 In This Moment We Are Free — Cities has a strong element exploring the feeling of certain cites and the personal experience. What does freedom mean to you in that sense?

Anneke: As you know I travel a lot. We go to so many places every year to tour, and I found that in every town or city there is a different vibe and energy and that these places have a big influence on my state of mind. Which means that in a lot of cases I was inspired to write new music and lyrics. This is what freedom means to me. Being able to move around and create and express myself.

How has it been taking this new band on the road and playing the songs live?

Anneke: It’s fantastic to go out and perform after a long period of writing and recording. I love playing live the most! I have to say though, this is a new band with new music and even though my name is already out there for a while, people have to get acquainted with a new band all the same. So, I realize we have to work hard to invite people to dive into our new world. And I don’t mind, I love working hard and I saw it happen on tour. We played better every day and I see that when people experience the live show, they experience an extra dimension to the songs and that is a great thing to watch! I feel that we are at the beginning of something really wonderful.

I remember seeing progressive bands back in the day (in the U S.) and it seemed like there were not a lot of women around–maybe a handful at a Dream Theater show; while bands like Queensryche and Rush had more of a diverse following. What was it like in your experience? It seems like it has changed.

Anneke: Indeed so, and these days there are more and more women in heavy music. Not only singers but instrumentalists, technicians, journalists like yourself and yes, the audience!! There must have been a reason for women not discovering heavy music so much until 15 to 20 years ago, but as a few of us hopped over to this wonderful community back in the day, I think it inspired a lot of other women to do the same. The metal and prog world is like a brother/sisterhood. And very female friendly in general. I truly love being part of it!

As a vocalist, you have a beautifully distinctive voice. What singers do you admire?

Anneke: Thank you! My favorite vocalists are men. Freddie Mercury, Devin Towsend, Mike Patton, Bruce Dickinson… Though I also grew up with Barbara Streisand, Diana Ross and Kate Bush. All these singers played an important roll in my life.

Your current band has some of the most talented players in the Netherlands…how did you gel in the studio? It’s very guitar driven…

Anneke: OMG yes, this band. I am so happy with all the wonderful players in VUUR. I am happy and blessed to play with these guys, a few of the best metal players around! I wanted this album to be very guitar oriented – not a lot of keys or other layers have been used. I wanted the music to be tough and masculine and the melodies, vocals, and lyrics to be feminine. I tried to find the perfect balance in these songs and in the production.

Check out the gear for VUUR’s multi-dimensional sound…