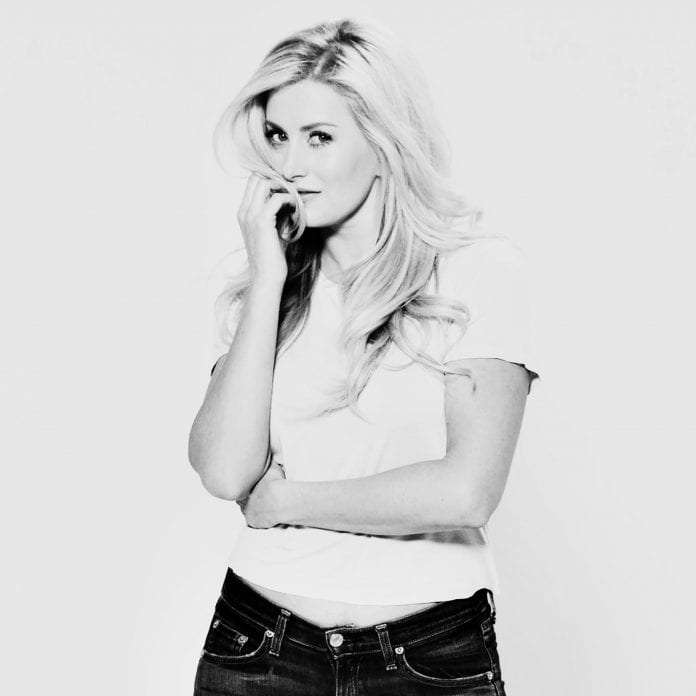 Stephanie Quayle has said it best herself, that she is in a “relentless pursuit” to produce relatable and inspiring music. Happy and grateful to be talking with us despite her demanding schedule, Quayle reveals her early start on the piano, eventual admiration for guitar, and what inspired her most successful tunes.

Recently named by Rolling Stone Country as one of the top ten artists to look out for, Quayle is busy touring the US and promoting her swiftly rising single, “Selfish.”

How has your CMA Fest been so far?

Great! I kicked it off hosting on the grey carpet at the CMT awards! That was so much fun! It’s exciting to watch everyone have so much success. It’s just awesome. Then on Thursday, I performed on the Hard Rock Café stage here at CMA Fest. Right after that, I boarded a flight to Myrtle Beach in South Carolina to play the Carolina Country Music Festival. Then got on a flight to Utica, New York to play a festival up there! Then we made our way back to Nashville this morning. Thank god for airplanes!

Through your song “Drinking with Dolly,” it is apparent the admiration you have for classic female country stars. Could you tell us a bit about how they’ve inspired you?

It all started off with my mom. She would sing to me as a little girl, and we listened to a very wide range of music, but then growing up on a farm, it was almost all country. My dad was really into rock ‘n’ roll, so that’s where the Fleetwood Mac, Stevie Nicks, and Joni Mitchell come into play. I was also always drawn to women like the Judds, Reba, and, of course, Dolly. Their music tells such an incredible, inspiring story. That’s what I always wanted; if I was going to do this, it had to have a purpose.

You began playing piano at such a young age, who was it that inspired you to play?

Yes, I began at age four. My step-grandma, Grandma Katherine, she was a tough cookie! The only time I could get away with anything with her was during a recital when there was an audience. I’d be playing a piece, and I’d skip a repeat or something because I couldn’t do anything right then. I was such a turkey! The piano was such a great instrument to start with that I then went on to pick up the guitar. There was a music store in my hometown, which is still there, called Music Villa. It was right on Main Street, and I would go in there every day after school and watch all of the musicians’ play. There’s just something about a music store, you know? So, I was always drawn to a guitar; it was something you could always take with you. Where a piano not so much unless you got a keytar which is a whole other animal! I then started writing little songs and poetry, and it just grew from there. When I moved to Nashville in November of 2011, I started going to writer rounds. I would see just a guitar and a voice exploding with emotion, really capturing a sound in the rawest form, and I wanted to do that. I was relentless; I was in a relentless pursuit of “how do I get that?”

What would you say to other women out there, who admire you, and want to get into music?

Just start playing and collaborate. Always be around people that stretch you to be better. I think that who you surround yourself with is everything. Everyone you interact with is going to impact how you play and how you perform. To be able to take criticism in a way that pushes you forward and doesn’t paralyze you. We’re creating things that either make people feel good, or they turn it off. Knowing how to navigate those waters is incredibly important. I think it’s also really important to know that this is a business. Have your business head on your shoulders as well. Be able to differentiate the artist side of yourself with the business side. If you need to write songs for yourself, get those out, but also remember that we are here to inspire our fans. Give them something that they can really sink their teeth into. Whether that’s hope, encouragement, empathy, or roll your windows down, feel the breeze, and escape into the music. As artists, we have such a responsibility.

How did it feel to have Rolling Stone Country name you as one of the top ten artists to watch?

It’s truly such an honor. You know, as an artist, I just have my head down, working hard, relentlessly pursuing greatness. Just wanting to do the best I can for the fans. When those little moments happen, it’s amazing to know that someone heard us! It’s incredible. It’s similar to when I got asked to play the Grand Ole Opry, make my debut. That changed something in me. April 7th will always be tattooed in my mind. It was that moment where a switch just flipped inside of me. There’s really no greater stage in country music. As an artist in country music, I always look back on what was. I love traditional country. I love being able to incorporate that into my style. I call myself a modern traditionalist because I have the twang that comes with the Quayle!

Could you walk us through your songwriting process and from where you pull your inspirations?

I am always writing. If I overhear someone say something, I’ll write it down. Even last night I was performing in New York, someone said something, and I immediately knew that had to become a song. I had to say, “excuse me, one moment” and I went to save it into my phone! Even with guitar parts, I’ll get a lead part in my mind and try to figure it out. Sometimes I’ll start a song with something like that. I write from a personal space; it’s real life for me. You have got to live it to write it and write it to live it. Even when you find a song that you didn’t write, finding a song that fits you so well, like a perfect pair of jeans, that’s how I find those songs.

What can your fans expect from you in the coming months?

We go back out on radio tour tomorrow. Keep playing more dates; then we get to go international and head to Spain! That will be amazing. We have the coolest job in the world. “Selfish,” is making its way up the chart; it’s at top 60 right now, which is awesome as an independent female artist.