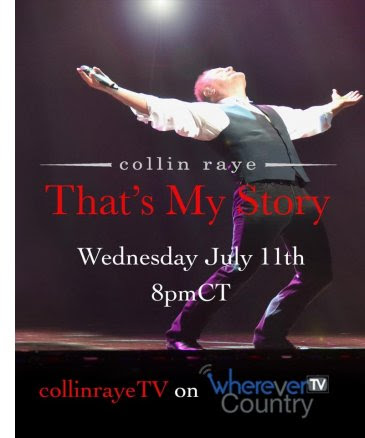 Nashville, Tenn. (July 10, 2018)— Country star Collin Raye will debut his brand-new TV show, That’s My Story, on Collin Raye TV, the subscriber-based television channel available on the WhereverTV network thisWednesday, July 11 at 8:00 PM/CT.
“I am beyond excited about the debut of my new TV show, That’s My Story,” explains Raye. “Our goal is to bring back country music talk and music to TV with a deep emphasis on the music, and the stories behind it. It’s a show that the real music lovers will enjoy!”

The show, broadcast live from Nashville, Tennessee, will feature musical performances by Raye and his many special to-be-announced guests who he will sit down with each week to explore their lives, careers, and what country music means to them. Guest artists will also perform alongside Raye.

His first special guest will be fellow 90s country singer Billy Dean, whose hit songs include “I Miss Billy The Kid,” “Somewhere In My Broken Heart,” and “You Don’t Count The Cost.”

Raye, a 10-time “Male Vocalist of the Year” nominee (5 ACM, 5 CMA) released Collin Raye — 25 Years, 25 Hits in May of this year. The compilation is a legacy project created in honor of his 25th anniversary of being a recording artist. The multi-platinum selling artist recut his most popular hits such as “Love Me,” “Little Rock,” “That’s My Story,” “Little Red Rodeo” and more. 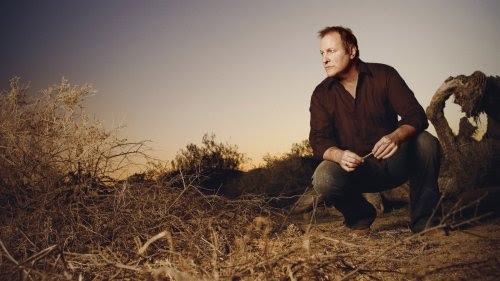 WhereverTV is the next generation subscription television service providing consumers with live-streaming, genre-specific, and in-language viewing choices from around the world, delivered to anywhere in the world, and through any internet enabled device. Many channels that are available are the same as those broadcasts by traditional cable and satellite platforms, with the only difference being that WhereverTV’s channels are broadcast securely on our over-the-top platform (OTT), and channel management is handled by the company’s patented Interactive Program Guide (IPG) technology. WhereverTV provides an economically beneficial and completely versatile alternative to traditional cable and satellite services, with the added benefits of personalization and portability. WhereverTV delivers your channels to computers, iOS, and Android devices. Current in-language subscription offerings include English Spanish and Moroccan among others. Genre-specific subscriptions include a variety of content such as news, faith, dramas, sports, movies, reality, kid’s and more. WhereverTV is on the cutting edge and is continually making technological advances to improve the viewing experience.