Home Interviews The Women of the 2019 drama ‘The Mountain Minor’ 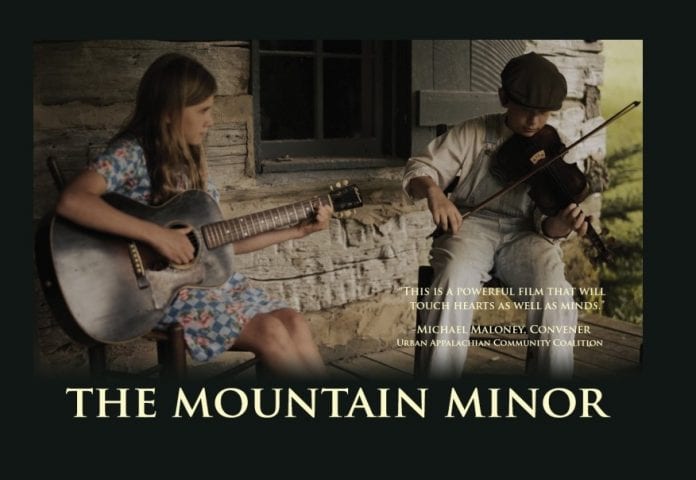 The award-winning motion picture The Mountain Minor written by writer and director Dale Farmer is based loosely on his grandparents’ experiences. The film tells the story of an Eastern Kentucky family forced to leave their mountain home to find work in Ohio during the Great Depression. Instead of using professional actors, Farmer cast old-time musicians in most of the roles. Here we’re going to learn more about the women of the cast who brought to life the characters in this film.

Farmer tells us, “My goal for the film was to give the audience the most authentic Appalachian music experience possible by filming all the music live on set. The women in The Mountain Minor have lived and breathed this music for most of their lives. I could never teach an actor to sing an ancient ballad with the soul and understanding of Elizabeth LaPrelle and Susan Pepper, or to play the guitar with the many stylistic nuances and drive heard from Judy Waldron, Ma Crow, and Hazel Pasley, or to dance the Appalachian flatfoot style with the passion and skill of Hazel Pasley and Amy Cogan Clay.”

Share with us your passion for co-producing the 2019 drama The Mountain Minor and one of the standout moments from this experience.
Co-producing The Mountain Minor was the product of a sort of snowball effect. It started from the moment I read Dale’s movie screenplay, and I felt moved and pulled to the story. What began as discussions amongst bandmates turned into a full-fledged project that has spanned five or six years since I first got involved. The other part of my passion beyond the story itself was that this project drew me back to a region where I had lived and fallen deeply in love with ballads and Old-Time Music traditions. That general place was Todd, North Carolina, where the film was made. It was moving to see my friends from North Carolina come together with musicians from Southwestern Ohio to bring Dale’s story and this very essential Appalachian and American story around migration to life.

When I arrived on set for the second week of the filming in the Summer 2018, it was like magic. I know that sounds cliché, and I really didn’t expect to have that feeling, but the whole experience felt so beautiful (apart from watching Dale sleep so little and work around the clock). There was something almost otherworldly about having so many sweet people step into their roles in this heartfelt story within the context of the breathtaking homestead at Willet’s Farm and the surrounding scenery.

Co-producing with bandmate Dale Farmer, what do you want fans to take away from the movie?
The old music and songs help me connect with my emotions and life in deeply meaningful ways. My main hope is that the film will have a similar effect on viewers.

Playing the role of Sandra Abner, what was your process for getting into character?
At the funeral where I sing “The Day Is Past and Gone,” I just put myself into Sandra’s world. I tried to take in all her lineage and the connections she would have felt to her relatives past and present—and convey those threads through the singing of that song. My main preparation came from years of listening to old recordings of mountain singers as well as going out and learning songs from older singers and taking in their stories. Living with the music in the mountains for so many years prior to this film made it easier to feel a part of this musical family in the film.

You’re very passionate about teaching and sharing old-time and bluegrass music through workshops and performing. Tell us about your workshops.
Although I play several instruments, my real passion is teaching workshops around old songs from the mountains, often called ballads (those long story-songs with haunting melodies like “Young Emily” sung by Elizabeth LaPrelle in The Mountain Minor). Southern Appalachia has a pretty unique unaccompanied singing style or sound, and I enjoy sharing songs from this tradition as well as background on its history and singers in workshops and performances. During COVID-19, I’ve offered some workshops and webinars online, and that’s actually been really meaningful. In some ways, it’s like we’re making music together from our homes. There’s a certain intimacy there, but of course, there’s something missing too.

When did you first become involved in music?
I’ve been involved in music since day one. My Mom said I hummed when I was a baby. I took private piano lessons and was very active in chorus and musicals growing up, and those things were really important as a foundation. Later in college, I started getting interested in folk and roots music and that just continued to grow with various points of exposure to different traditions. Around 2001, when I was twenty-four, it all started to come together—playing guitar, songwriting, and performing mountain music.

As a multi-instrumentalist (guitar, banjo, fiddle, and dulcimer), what was the first instrument you picked up to play, and what was the progression for learning other instruments?
I started with guitar—a little start and stop during college but a year or so after I graduated from college,  something clicked and I started playing a lot, songwriting and then quickly and perhaps naively playing out. It was a lot of fun. After that, I became interested in learning banjo and that really has become my main instrument for performance. When I was living in the Boone area, I got to hear the grandaughters of a prolific and well-known dulcimer player, Edd Presnell, play the dulcimer up on Beech Mountain at a church. It was just one of those “aha” moments, and I was so excited to learn it. I play a simple style that’s very easy to teach to beginners and people of all ages and abilities.

What’s your go-to for songwriting, and do you a particular brand you prefer?
I go for simple and memorable keeping in mind the power of Woody Guthrie’s songs. It doesn’t have to be complicated to convey and when I song write, I try to write something that I feel could be accessible not only to a listener but also to another singer or performer. I don’t want it to be so quirky that only I could ever perform it.

What have you been doing during the quarantine to stay in touch with fans?
Early on in the quarantine, I shared quite a bit of music both videos as well as live facetime mini-performances. I really enjoyed connecting with friends and fans, and that connection inspired me to write a few songs that meant a lot to me including “Worker” about the first aid responders in this crisis as well as “George Floyd.” I have also done webinars and ballad workshops as well as some connecting with other singers from my region on the ZOOM format. I am currently releasing a new album The Prettiest Bird that I recorded in the studio back in 2019. In some ways, it’s a challenging moment to release an album but it also feels like the right time to be sharing this particular record.