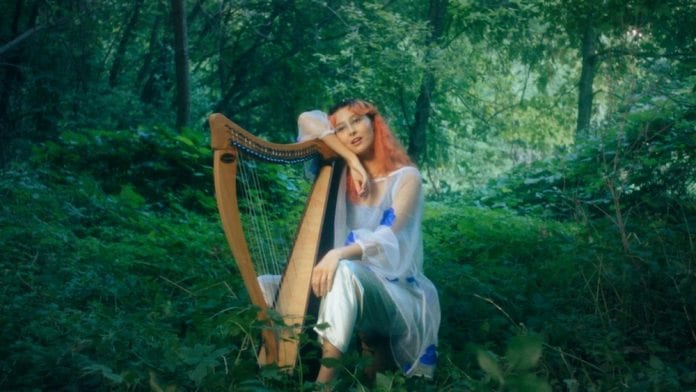 Luna Li is a multi-instrumentalist, singer, and songwriter from Toronto. She doubles down on her femininity in the indie-rock scene, where frills, feathers, and softness are often avoided. She fills us in on her definition of guitar tone, practice technique, and advice for women in music.

What is your definition of tone, and how has it changed over the years?
When I first started playing guitar, I didn’t really think about tone because I was so focused on learning how to play. It’s definitely grown in importance for me over the years, and I’ve learned that tone is really an expression of your own voice.

Which guitars, amps, and pedals are you currently using and why?
I play a J Mascis Jazzmaster, which is the first guitar that I really fell in love with. It feels so natural under my fingers and sounds great. I have a pedalboard with delay, chorus, fuzz, overdrive, and phaser, which to me feel like the basics of what I need to play with a range of different sounds and tones! I just bought a Jazz Chorus 55 amp, which I’m really excited about. I’ve wanted a Jazz Chorus for a while now, after playing one on tour with a friends’ band, and also after seeing Crumb play a show with one last year.

What about strings?
I use D’Addario XL Nickel tens. I like my strings light!

How do you keep your sound consistent onstage?
This has been tough to do sometimes because of the constraints of touring as an opening act. A lot of the time, I’m using amps provided by the main act or by the venue. I always bring my same pedal setup, though, and with a good soundcheck, I can usually get things sounding close.

What does your practice consist of?
During normal times, I’d practice regularly with my band so that the set could get to a point where it felt like second nature, and I could really focus on the performance. Otherwise, on my own, I like to put on my favorite songs and just jam to them, learn fun guitar solos, and a lot of my practice also happens when I’m writing. Sometimes I’ll think of a part that’s tricky to pull off, and I have to practice it a lot before I can record it or play it live.

Favorite guitar riff or lick that inspired you to play guitar?
When I first started learning guitar in my teens, I was really into the White Stripes, and I’d learn Jack White’s riffs and play them with my friend who played the bass.

What is your advice for young women who hope to work in the music industry?
I’d say to reach out to other young women who have similar goals. Being a part of a supportive and welcoming community makes such a big difference, especially since there’s so much exclusion of women in several areas of the music industry. I think building our own communities from the bottom up is a really great way to empower each other. 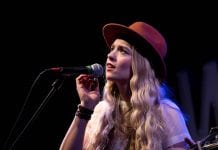 Haley Johnsen performed at the Tractor Tavern on April 2, 2017