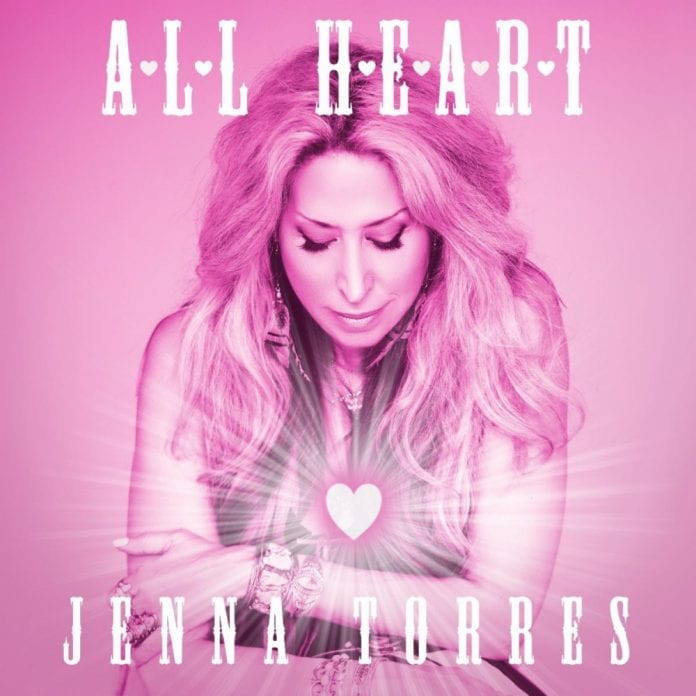 Singer-songwriter Jenna Torres is back with “All Heart,” the stirring new title track to her long-awaited upcoming album. The single showcases Torres’ innate skill at digging deep to beautifully express the optimism, pain, and exhilaration that comes with loving, losing, and everything that makes life worth living.
The stripped-down ballad has Torres laying it all bare in an ode to the raw vulnerability of new love. Produced by Stephen Leiweke and featuring Torres’ soulful vocals, the song is a fitting title track to the singer-songwriter’s third album. The “All Heart” video, shot in Nashville by Duende Vision, creates an intimate ambience that finds Torres pouring her passion into her guitar in a performance that is truly “All Heart.”
“So often when I am writing, I can see pictures of what I am trying to say,” Torres said. “This song came with an unshakable image: when I am at my most open and most vulnerable, it feels as though my heart is not inside me – I am inside my heart.”
Throughout her career, Torres has written songs for Warner Music Group and Warner/Chappell Music, including songs for Martha Wash of the Weather Girls as well as a Top 10 Billboard hit for the band For King & Country with her co-writer Ben Glover. She received wide critical acclaim for her two previous albums, A Woman’s Touch and Wild Sugar, the latter of which featured the single “Heart On Wheels.”
Her songwriting has carried her through life’s ups and downs. In New York City just after 9/11, Torres wrote songs amidst the surreal surroundings of Ground Zero, turning to her music as a way of finding peace. Now, back in New York making music amidst the coronavirus pandemic, she finds herself once more using songs to heal – both herself and a world that has found itself recently turned upside down.
“I believe in the power of song,” she said. “Words set to music have the ability to touch us in a way that words alone often can’t. The coolest thing about being a songwriter is that somehow in the process of trying to heal myself, I am making something that might just touch somebody else!”
(Watch the video below.)
Follow Jenna Torres
www.jennatorres.com
Facebook | Twitter | Instagram| YouTube