Home Lessons The Power of Bass in Songwriting 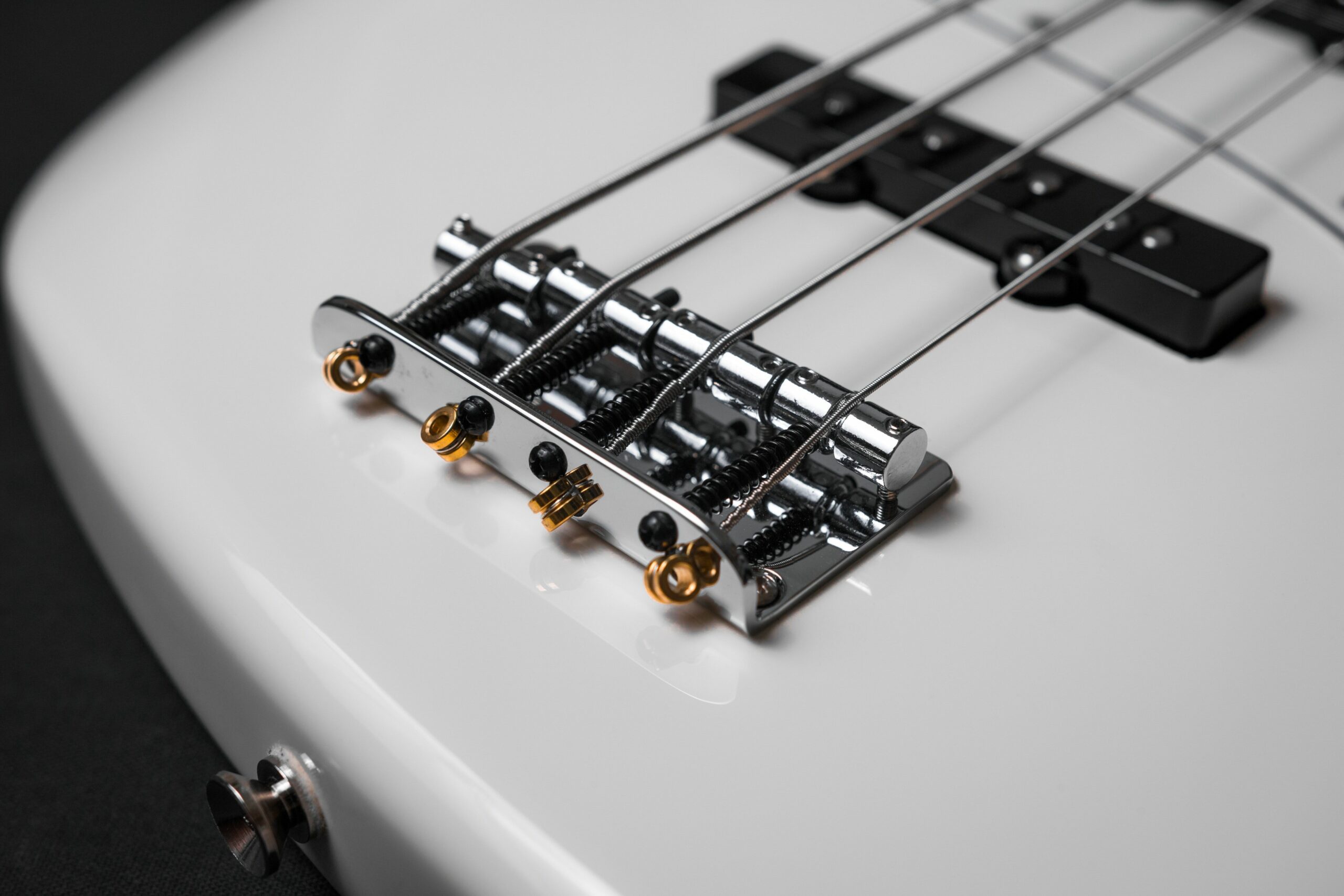 “Cannonball” by the Breeders. “Never Miss the Water” by Chaka Khan and Meshell Ndegeocello. “Come Together” by The Beatles. “Another One Bites the Dust” by Queen. These are songs in which the bass guitar, not electric guitar, is front and center, playing the cool signature riffs or very catchy bass lines. This songwriting lesson is all about the bass. I want to share some ideas that both bass and guitar players can try out.

Songwriting and arranging is often about playing with energy levels. If you stay on the same idea for too long, the energy tends to sag. A subtle change might be just enough to raise the energy, also known as temperature—or perhaps a more drastic change is what the song needs. These bass ideas are song craft tools that can shift the energy in your songs to give them an emotional charge.

THE BASS RIFF
If you’re a guitarist writing a song, explore what happens if you center it around a bass idea instead of, say, strumming chords or playing a guitar riff. You might come up with a riff that becomes the song’s signature, like “Another One Bites the Dust” or “Cannonball.” These two examples couldn’t be more different if you compared them from a genre point of view. But they both have a great groove. Now, in order to make something groove, you need to give it something—a pulse—to groove against. Another instrument needs to provide that pulse. It can be a drum, your voice beatboxing, a guitar part recorded on a loop pedal, or even just a static metronome click.

BASS LINES BETWEEN GUITAR CHORDS
An ascending bass line can create intensity and expectancy, as in “Like a Rolling Stone,” while a descending line might evoke calm or melancholy, as in “A Whiter Shade of Pale,” for example. I like to incorporate little bass lines into my rhythm guitar playing in certain spots of a song (usually where there are no vocals, like the intro, an instrumental interlude, or end of a lyric line). It can be a walk-up line between, say, an AM chord to a C chord (where I’ll play the ascending single notes A, B, and C,) or a walk-down from a G chord to an Em chord (playing the descending notes G, F#, and E), or it can be a line that’s a little more elaborate.

If I play a solo show, I tend to play these kinds of bass lines more often—for instance, when I transition from a chorus into a bridge. And people do notice it. They hear something different about the music that isn’t just chord strumming, and it makes the songs more interesting for both them and me.

If you’re playing in a band, make sure your bass lines on guitar don’t clash with the actual bass player’s parts. It’s always best to record yourselves and check.

PEDAL TONES
When you stay on the same bass note while the chords change, that note is called a pedal tone or a drone tone. Listen to the first half of the chorus in “I Kissed a Girl” by Katy Perry. The synth bass stays constant on one single note, A, underneath the chord progression Am, Dm, F, and E. In the second half of the chorus, the bass moves around, playing the root notes of each chord. That subtle change is just enough to energize the rest of the chorus some more. If they had kept the pedal tone idea throughout the chorus, it might’ve become tedious.

Another song that uses the pedal tone idea is “That’s What Love Can Do” by yours truly. You’ll hear it in the intro, first part of the verses, and the ending. The constant pedal tone is F, while the changing chords are F – Bb/F – Bbm/F – F. The story of the song is about somebody who allows herself to take a chance and open up to a new and unfamiliar kind of love relationship, which ultimately transforms her. To me, that chord progression and pedal tone provided the right feeling of intensity and vulnerability that the lyrics called for.

VOICE LEADING
Let’s take a C-chord going to a G-chord: could you play something different (and less predictable) than a C note and then a G note—the roots of each chord? Absolutely. Voice leading is a way to enhance the melodic movement between chords.

Bass players usually outline the chords in a song by playing chord tones. There are three or four important notes in a chord: the root note is the most important, next is the note that gives the chord its major or minor sound. The other two chord tones create layered sonic effects. If you don’t know music theory, think of how singers produce harmonies: one will sing the main melody, while another singer might place her notes at a close distance above the melody. If there’s a third singer, he might sing a harmony above the second singer, or create a lower harmony underneath the melody singer. Often, the notes singers stack together will be the same notes that make up the different chords in the song.

Now let’s go back to our C chord going to G. The chord tones of a C major chord are C, E, and G, while the chord tones in a G major chord are G, B, and D. So, if you have your C chord and choose to play the note E instead, this will create a nice sounding variation for that chord. But what is voice leading? Let’s start from that E note in your C chord; hit an F note next and then land on G. You just created an example of smooth voice leading. You started on a chord tone of the C and landed on a chord tone of the G without making big jumps between notes.

The iconic studio bassist Carol Kaye, who started out as a jazz guitarist, used a very chordal approach (including voice leading) to create her basslines on “Good Vibrations” and other classics by The Beach Boys.

Since the bass won’t be sticking to root notes, it’s best for the guitar player to avoid playing barre chords with all five or six strings. That’s because barre chords have root notes on the 5th or 6th string, which can clash against the bass notes. Sometimes you’ll want the sound of barre chords or power chords plus bass guitar, playing root notes in unison. It creates a powerful effect. But other times, you’ll want more openness and space in the music, especially if the song has vocals. 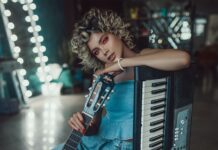 How to Play Ambient Guitar 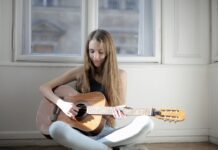