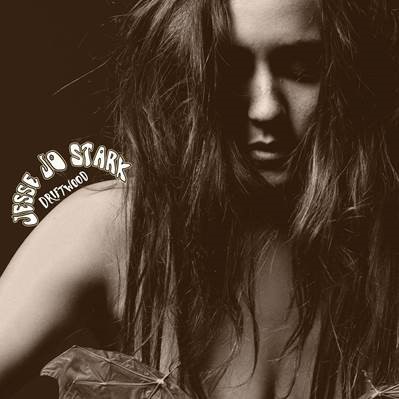 PRODUCED BY JASON LYTLE AND CO-WRITTEN BY JOHNATHAN RICE,
SINGLE HAS GARNERED 150K STREAMS ON SPOTIFY SINCE DEBUT

New York, NY – March 22, 2017 – Singer/songwriter Jesse Jo Stark has released the video for her latest single, “Driftwood.” Directed by Dream Team Directors, the video was filmed as a one-shot at The Peppermint Club in Los Angeles. Premiering exclusively on Noisey, the video highlights Jesse Jo’s gorgeous stripped down vocal and focuses on her beautiful melody and haunting lyrics. The cinematographer for the video is Damian Horan, an Academy Award and two-time Emmy Award winner.

“Driftwood,” an aching tune about love and loss, is the first single from Jesse Jo’s label, Sugar Jones Music, in anticipation of an upcoming EP in summer 2017. Garnering 150k streams on Spotify since its release in late January, the song has also entered the Canadian Spotify viral charts. “Driftwood” is produced by Jason Lytle (Grandaddy, Band Of Horses producer) and written by Jesse Jo and Johnathan Rice (a frequent Jenny Lewis collaborator and film composer). “I loved working with Johnathan on this song because he has such a lovely way of writing. My lyrics are a bit darker so I felt like the combination turned out beautifully,” said Jesse Jo.

An exciting new artist on the rise, Jesse Jo has begun to carve out her own niche amongst the musical landscape with her beautiful chords and original verse. Very few young artists have inherited bonds to the music world as much as she has. Growing up in an environment that fostered creative expression, music came naturally to her and became a great way for her to express herself. Under the guidance and collaboration of notable musicians such as Steve Jones of the Sex Pistols and Duff McKagan of Guns N’ Roses, Jesse Jo began writing and recording in her teens.

Her musical influences reflect her own eclectic tastes, ranging from country, punk, folk to rock and roll. Each genre shares the qualities that are most evident in her own music –

honesty and authenticity. Often drawing on her deep love of horror for inspiration, Jesse Jo has crafted a look and sound all of her own. “I’m in love with the Cramps and I also grew up listening to Merle Haggard, Linda Ronstadt, Fleetwood Mac, Brian Eno and David Bowie—they all influence me,” says Stark.

While working on her music, Jesse Jo was also quietly defining her position in fashion. She’s made a name for herself as an influencer with her distinct style and has been featured as one to watch in W and Nylon, to name a few.

Next up for Jesse Jo is a much anticipated second single, “April Flowers.”