Home News A Star for Heart on the Walk of Fame 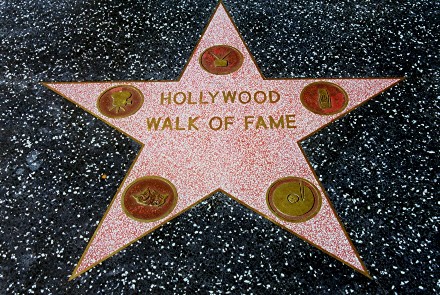 The Hollywood Walk of Fame, covering the fabled Los Angeles thoroughfares of Hollywood Boulevard and Vine Street, has placed more than 2400 stars, representing honorees from TV, radio, live theater and motion pictures. The Go-Go’s were among those who got their stars last year, but on Tuesday, September 25, the 2481st star will belong to rock’s greatest sisters.

Yes, Ann & Nancy Wilson of Heart will have their star placed on that stellar sidewalk during a day that happens to fall in between the releases of their autobiography “Kicking and Dreaming: A Story of Heart, Soul and Rock & Roll”, and their new album “Fanatic.”  Guest speakers lined up for the ceremony include Jerry Cantrell and Mike Inez of the Seattle band Alice in Chains, each of whom have also collaborated with Heart as guest musicians, either live or on recording.

The star honoring the Wilson sisters will be unveiled on the sidewalk in front of the Musicians Institute at 6752 Hollywood Boulevard in L.A., alongside stars honoring Journey and Motley Crue.  You can watch the ceremony webcast live on September 25, beginning at 2:30 pm Eastern/11:30 am Pacific time on http://www.walkoffame.com

Considering how influential Ann & Nancy have been in proving that women can rock, as shown by their having sold over 35 million albums in more than 35 years, I must say their star will be a well-earned one.  Now, if only the Rock & Roll Hall of Fame in Cleveland follows suit and gives those sisters an induction, be it next year or any year after.