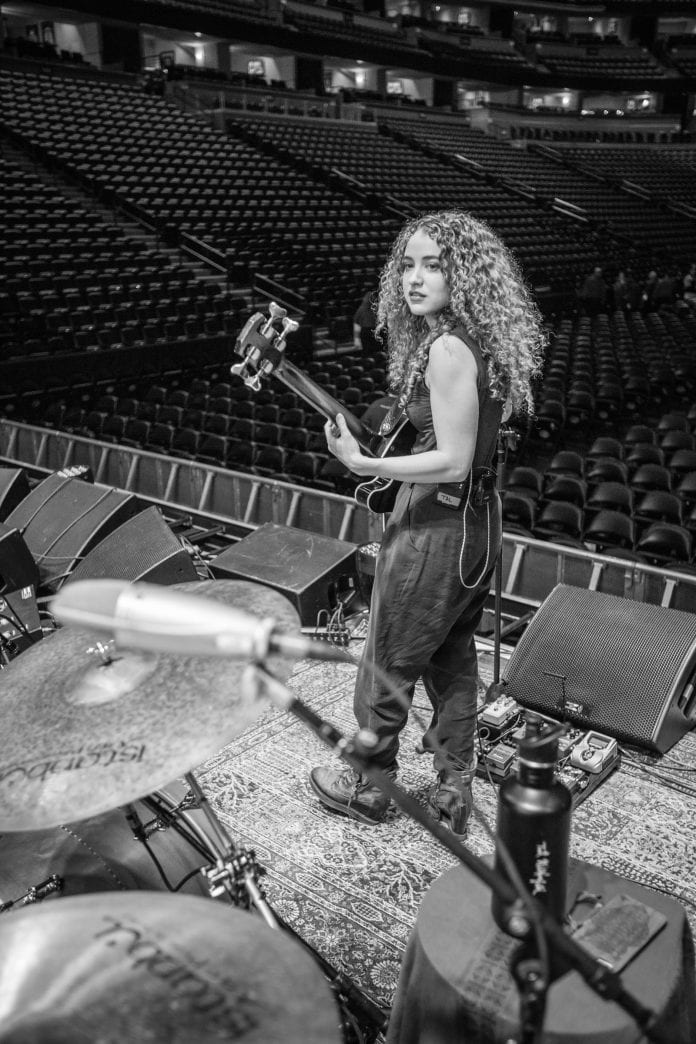 — Additionally, new online videos include a live clip of Wilkenfeld and band performing the single “Corner Painter” and a tour preview video —

Los Angeles, CA — To her many fans and admirers, it may seem like there aren’t many musical worlds left for Tal Wilkenfeld to conquer. Wilkenfeld’s unique songwriting, sheer passion, and lively bass playing all add up to a truly one-of-a-kind experience. Collaborating as bassist with such legends as Jeff Beck, Prince, The Allman Brothers, Herbie Hancock and beyond, winning accolade after accolade from top music publications, and expanding her fanbase with dynamic live performances, Wilkenfeld has been an elite presence in the music scene for over a decade – a far more impressive and extensive resume than her 30 years of age would usually suggest. Her recent and upcoming work marks an additional new chapter – playing more instruments on stage, including guitar, and performing lead vocals on original songs. Her single “Corner Painter,” released last year [buy “Corner Painter” on iTunes here], was a preview of things to come: Wilkenfeld’s first album of original material with vocals, to be released in early 2018. [View Tal and her band playing “Corner Painter” live, opening for The Who last year.]

To support the completion and release of the album, Wilkenfeld has launched a PledgeMusic campaign (https://www.pledgemusic.com/projects/talwilkenfeld), giving fans exclusive access to a variety of different gift and rewards packages. Contributions of any amount are welcome, and fans will find interesting, exclusive items at every level. To celebrate her upcoming tour, several new items are being added to the store today, including three signed basses and two BOSS DS-14A limited-edition 40th anniversary distortion pedals. Pledgers also have access to an advanced pre-sale in which they’ll be able to purchase tickets to Wilkenfeld’s November 30th show at the Troubadour. This offer is exclusive to Pledgers and can only be accessed using an exclusive password. Pre-sales begin on Wednesday, October 11, at 10 a.m. and will run for 24 hours. 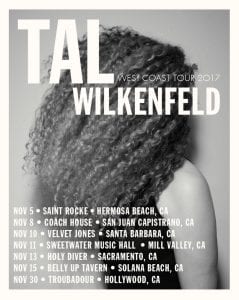 Additionally, Wilkenfeld has announced her 2017 West Coast Tour with support from drummer Tamir Barzilay and guitarist Owen Barry. Wilkenfeld will be sharing new material from the upcoming album, performing primarily on bass but also other instruments, and other surprises! See a tour preview video here.

“The response to ‘Corner Painter’ has been great, and I can’t wait to share more of this chapter of my musical life with my fans,” noted Wilkenfeld. “The record has been an ever-evolving project reflecting new things for me as an artist, and all that’s left, really, are the finishing touches. I hope each of my fans finds the right PledgeMusic package for them, because I want them all to have a personal connection with me and my music. I’m sure I will see lots of them on this West Coast tour this fall, and I’ll get to thank so many of them in person for the love and support they show me every day!”

Stay up to date with Tal on social media: