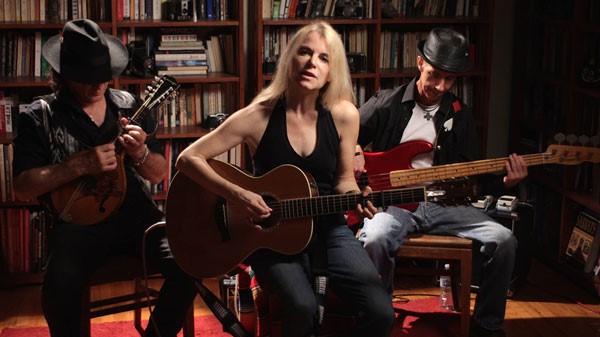 Los Angeles, California — Following a successful run at the prestigious Folk Alliance festival last month, Americana songstress Amilia K Spicer is gearing up for her next single “Lightning,” from her new album Wow and Flutter (out April 28, 2017). “Lighting” will be serviced to radio this week and will go for adds in April. Spicer will hit the road later this month to visit radio stations across the country. Take a listen to “Lightning” here. Spicer will perform songs from Wow and Flutter on April 7th at her acoustic East of West show in Pennsylvania, which will also feature her photographs from Tibet, Nepal and other locales. In addition, Spicer will tour as a special guest with renowned singer/songwriter John Gorka in June. All tour dates can be found at amiliakspicer.com.

“Lightning” follows the first single “Fill Me Up.” The Bluegrass Situation premiered the “Fill Me Up” video, an atmospheric clip that finds Spicer reliving moments of her childhood in rural Pennsylvania, while singing the emotional track.

Wow and Flutter has earned early praise from Popdose, who called it, “One of the best albums, any genre, in the last decade.” Critics have also previously raved about Spicer and her live performances.

Stay tuned for more information and music and tour dates.