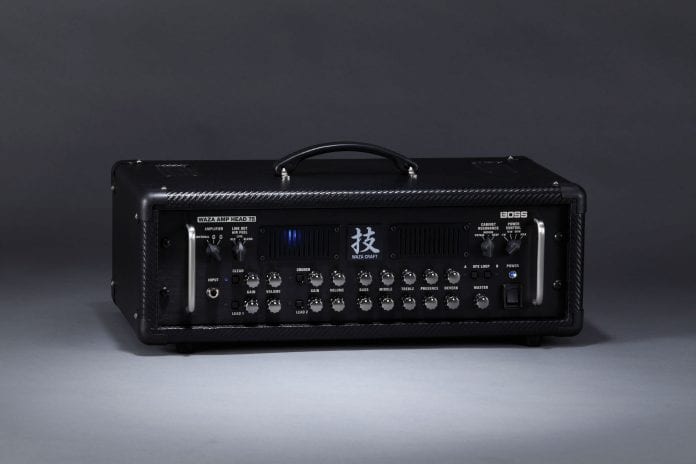 In 2016, BOSS introduced the 150-watt Waza Amp Head, the very first BOSS guitar amplifier, which received wide acclaim for its authentic high-gain sound, responsive feel, and concert-level power output. The Waza Amp Head 75 offers the same sound, feature set, and maintenance-free design as the top-of-the-line model, but with 75 watts of power and a more affordable price.

A key feature of the Waza amps is that they can be instantly re-voiced with a three-way Amplifier selector. The Internal position provides the classic vintage tone of the original stack-style amp from the 1960s, while the A position engages a built-in Tone Capsule that delivers the famed brown sound, fine-tuned in precise detail by the BOSS engineering team. The B position accesses an optional user-installable Tone Capsule, such as the Steve Vai Legacy Tone Capsule model.

The Waza Amp Head 75 is equipped with four channels: Clean, Crunch, Lead 1, and Lead 2. Clean and Crunch share one four-band EQ, while Lead 1 and Lead 2 share a second four-band EQ. The amp also includes a variable power control with Max, 50 W, 15 W, and 1 W settings, enabling users to get the satisfying feel and response of a cranked-up tube amp, but at a volume to suit any playing situation.

The amp’s rear panel includes two effects loops with series/parallel operation, XLR and 1/4-inch line outputs, and USB for direct recording to a computer. The line and USB outputs feature mic’d cabinet voicing that can be adjusted with the front-panel Air Feel selector. There’s also a jack for connecting an included foot controller for channel switching and effects loop selection, and a MIDI input for controlling the amp via a MIDI switching device.

To learn more about the Waza Amp Head 75 and the entire Waza amplifier series, visit www.Boss.info.