Home News Delilah Purchases KDUN-AM, the Hometown Radio Station Where It All Began 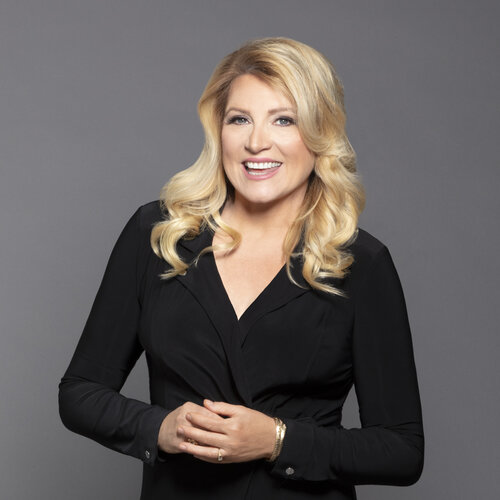 REEDSPORT, Oreg. (June 29, 2021) – Delilah, the ‘queen of sappy love songs’ has purchased the radio station where it all began – KDUN AM in Reedsport, Oregon. The beloved radio personality made the announcement today.
When Delilah was in middle school, she entered a speech contest at the school she attended in a tiny coastal hamlet, Reedsport Oregon. She won the speech contest, reciting the “Gettysburg Address” by Abraham Lincoln. It turns out, the contest was being judged in part by two brothers, Jerome and Steve Kenegy. The Kenegy brothers owned the local radio station, KDUN. Less than a week after the contest, the Kenegy’s invited Delilah and other winners of the contest to the studios of their little AM station, which were housed in the same small wood building that housed the transmitter. The first time she was in the studio, Delilah says she felt “at home,” and her passion for radio was born. When Delilah was old enough to work, the Kenegy’s offered her a job and she worked there until her graduation and then moved south to Coos Bay, Oregon to work as a “rock jock” on KYNG. Delilah continued to advance in her career, growing her influence and developing her signature style that so many love today.
Today, Delilah is heard by over 12 million listeners weekly on over 160 radio stations across the United States, on the Armed Forces Network in Japan, Korea and Central Europe, on the iHeart Radio app, and her podcast. This announcement truly brings her home, as Dellilah purchased KDUN, her hometown station where it all began.
The transmitter is still housed in the same small wood structure, that is literally in the middle of a cow pasture on the banks of the Smith River. Delilah is feverishly working to restore the site in order to be able to again be heard on “KDUN, the voice of the Oregon Dunes.”
Delilah says: “When I left, I was eager to make it to the ‘big city,’ But there’s something special about the kindness and simplicity of this coastal hideaway and I can’t wait to help grow this station.”
Currently, the town of Reedsport is lacking media outlets to cover local news: there is no newspaper, tv station or other media. Delilah’s hope is to engage the entire town in the station, offering local programming and news, complete with local hosts.
Delilah’s desire is to help cultivate and develop local young talent who have a passion for communicating, and involve them in the local station. For now, getting the station upgraded and updated is first on her agenda.
A number of notable radio stars have stepped up to the plate to assist in this endeavor, including Smokey Rivers, Gary Nolan, Chris Mays (who launched Delilah’s current format, called Lights Out in 1984), Jim Ryan and many others. The fact that the town and surrounding areas only boasts of a population of less than 10k doesn’t phase them, they are eager to help. KDUN will be streamed live, with news and information pertinent to the community and live cams that capture the indescribable beauty of the Oregon coast. Even if you live in a fast-paced metropolitan city, you can connect to the hometown feel of a city  with four stop lights, a herd of elk that nestle down in a field right outside of city limits, miles of sand dunes, and people that care deeply about one another.
More information will be forthcoming on the future of KDUN-AM.