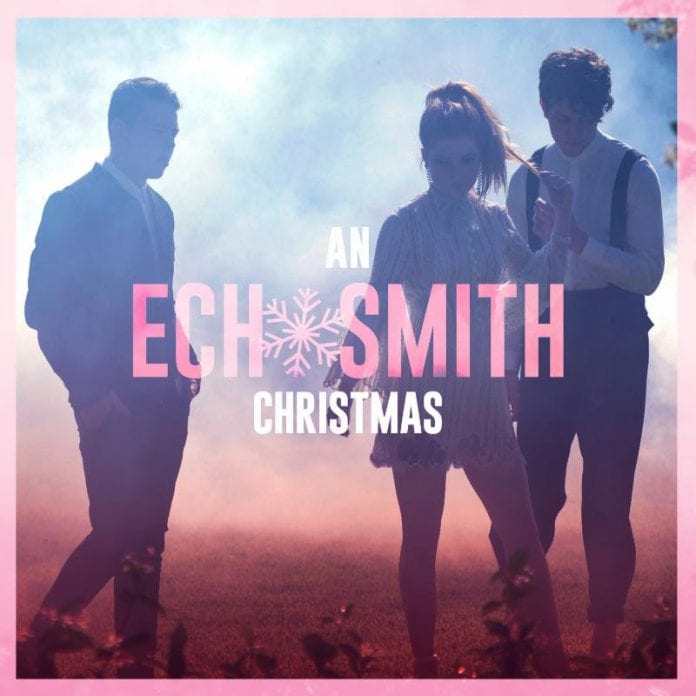 November 10, 2017 (Burbank, CA) – Echosmith have released their 3-track holiday EP, An Echosmith Christmas, out today via Warner Bros. Records. The record includes two original songs, “Baby Don’t Leave Me (All Alone On Christmas)” and “I Heard The Bells On Christmas Day,” as well as a cover of “Happy Xmas (War Is Over)” featuring Hunter Hayes. This spring, the band will release their full-length sophomore album and embark on a 25-date North American tour. See a full list of dates below.

Earlier this fall, Echosmith released their highly anticipated EP, Inside A Dream, which has earned acclaim from the likes of Vulture, Stereogum, MTV and more. Billboard praises, “Echosmith is back in full force” while Substream Magazine attests, “Every song is a different take on shimmery indie-pop (some retro, some more futuristic) that’s so catchy, it’s hard not to sing along.” The 7-track set, which includes singles “Dear World,” “Goodbye” and “Future Me,” showcases a more mature and evolved sound for the LA-based Sierota siblings that are awash in shimmering synths, airy guitars, and heavenly vocals.

Echosmith first emerged onto the scene in 2013 with their debut album Talking Dreams.  The (Gold-certified) album produced the triple-platinum hit “Cool Kids,” and platinum-certified “Bright.”  The band quickly earned rave reviews from the likes of ELLE, Rolling Stone, Teen Vogue, Billboard, NYLON, and more for their distinctive melody-minded, New Wave-influenced sound. They have performed on ELLEN, The Tonight Show Starring Jimmy Fallon, The Today Show, Late Night with Seth Meyers, The Late Late Show with James Corden, Conan and others. The Sierotas – Sydney (vocals/keyboard), Noah (vocals/bass), and Graham (drums) – have played to crowds of thousands at festivals and sold-out shows in the U.S. and Europe. The band has even joined Taylor Swift as a special guest on her 1989 Tour in Philadelphia to perform “Cool Kids.”

*All previously purchased tickets, VIP packages & pre-order bundles will be honored for rescheduled dates below.