I turned 50 last May, and no sooner did I reach that AARP-minimum-age milestone than I notice that the female guitarists I have enjoyed over the years are still around and, I’m sure, far from retiring.  So many of them, in fact, that I am going to write about who, I feel, are some of the best of these fabulous fiftysomethings.  Unlike other lists, I will rank these guitarists in no particular order.

And because there are so many prominent female guitarists in that over-50 club, I can break this article into two parts.  The first part will deal with those who were born between August 1, 1952 and July 31, 1962.

Nancy’s versatility has impressed me ever since I first saw Heart live way back in 1977. You got to love how can she can handle acoustic and electric guitars as well as an occasional mandolin moment.  I wouldn’t be surprised to expect much more of that when Heart’s new album “Fanatic” comes out this October.

I have had the pleasure of seeing these two definitively-rocking female guitarists each play live back in the 1980’s, when both were well-established in their post-Runaways solo efforts.  Though one can compare Joan’s style with ’70s glam rock, while Lita leans more toward heavy metal, you can’t go wrong with either of them.  But who knew these two were born within three days of each other? 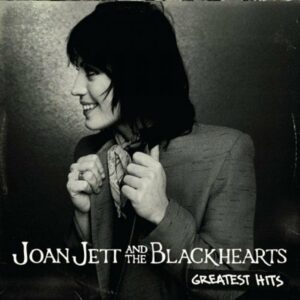 I saw the Go-Go’s during the 2011 baseball season, when they played right after a Tampa Bay Rays home game.  And that was because it was ’80s Night at the ballpark.  You got to love how the Go-Go’s evolved from late-’70s punk act to riding the ’80s new wave, as well as catchy guitar hooks like Charlotte’s in “We Got the Beat.” 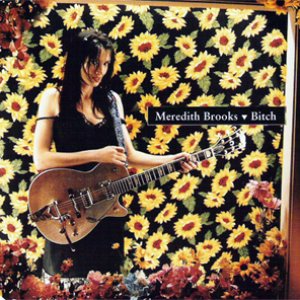 The aforementioned Charlotte Caffey, during her Go-Go’s hiatus, hooked up with Meredith and singer Gia Ciambotti for a side-project act called The Graces back in 1988.  Meredith left that act in ’91, but it was in 1997 when she broke through and rocked out with “Bitch”, which got her a couple of Grammy nominations.  Meredith’s been doing a lot of production work lately, and also did a children’s album, so she’s still at it, but can be good for a nostalgia tour down the road. 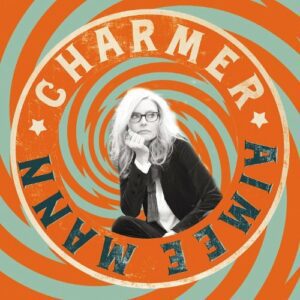 Many will remember Aimee from her days as singer and bassist of ‘Til Tuesday, with their big 1985 hit “Voices Carry.”  Aimee has remained active, with a new album expected this fall.  But because the major labels she was on didn’t promote her good enough way back then, but told her what to do, you have to admire Aimee for her post-1999 recording independence.

Grammy and Oscar winner, breast cancer survivor, and a woman whose outspokenness rocks as good as her music.  One of my favorite Melissa moments had to have been in 2005, when she showed up on the Grammys, fresh out of chemotherapy [below], to join British singer Joss Stone for a cover of Janis Joplin’s “Piece of My Heart.”  That moment was a testament to Melissa’s strength. 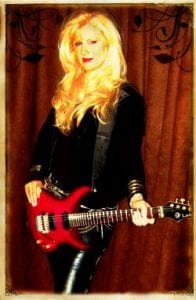 Remember that guitar intro to Vixen’s 1988 hit “Edge of a Broken Heart”?  That belonged to Jan.  While the rest of Vixen’s original members–singer Janet Gardner, bassist Share Pedersen and drummer Roxy Petrucci–moved on, save for a 2004 made-for-TV reunion on VH1, Jan re-formed Vixen with new members in 2006.  Though Vixen 2.0 hasn’t toured lately, I wouldn’t be surprised if they do so once more, at least for old time’s sake.

She’s a little bit folk, a little bit alternative, and a lot of traveling and activism in between.  In the process, Michelle went through a lot of the major-label politics that affected acts during those pre-Internet days of the late 1980’s and early ’90s, when she was doing business with those labels.  Michelle still tours often, still does a lot of political activism, and has even shown more eclectic musical tastes, which is good if it means not staying stuck on just the genre [alternative folk] that made her famous.

This multifaceted singer/songwriter/guitarist was once a fresh-out-of-college music teacher at an elementary school in her native Missouri, as well as a singer of commercial jingles and a backup vocalist for everyone from Michael Jackson on his “Bad” tour in the late 1980’s to recordings with the likes of Stevie Wonder, Belinda Carlisle and Don Henley.  But it was when being part of a songwriting collective in the mid-1990’s that led to Sheryl’s big debut album Tuesday Night Music Club.  Sheryl’s music transcends so many genres that she told talk show host Ellen DeGeneres back in 2008, “if it didn’t have a drum beat, you can just forget about it.”  Like Melissa Etheridge, Sheryl is a breast cancer survivor.  She has also branched out into acting, plus writing the score for an upcoming Broadway musical based on the 1982 movie “Diner.”

Let me know if I have overlooked any female guitarists who would also be fabulous fiftysomethings.  In the meantime, look soon for part 2, in which I will write about some “sensational sixtysomethings” [born prior to August 1, 1952].