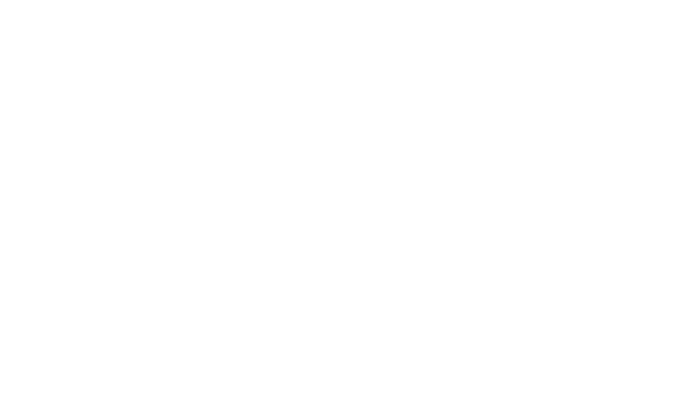 The 15th anniversary of the OSHEAGA Music and Arts Festival presented by Bell in collaboration with Coors Light is set to be one of the biggest parties of the decade. Montreal’s Parc Jean-Drapeau, one of the greatest festival sites in North America, will be host to a much-anticipated and unrivaled festival experience from July 29 to 31, 2022. In addition to headlining sets from Foo Fighters, A$AP Rocky and Dua Lipa, music fans can expect a stellar lineup featuring massive star power and the best of the new music vanguard from around the globe, in a state-of-the-art setting overlooking the gorgeous Montreal skyline.

”Our goal since year one of Osheaga has been to create a festival for music fans who truly love the live music experience, seeing their favorite acts and discovering new artists. This year’s lineup is almost three years in the making ; it has given us a lot of time to reflect on the last fifteen years. We wanted to stay true to our roots by putting forward a lineup that is diverse, eclectic, and multi-genre, as well as finding the balance between current and more established artists. We hope you have as much fun at the festival as we have had putting it together!” – Nick Farkas, Senior Vice-President, Booking, Concerts and Events at evenko and Founder of Osheaga.

For over 2 years, fans have been waiting for a chance to let loose and enjoy their best festival life – and Osheaga’s 15th anniversary is sure to deliver that dose of excitement! 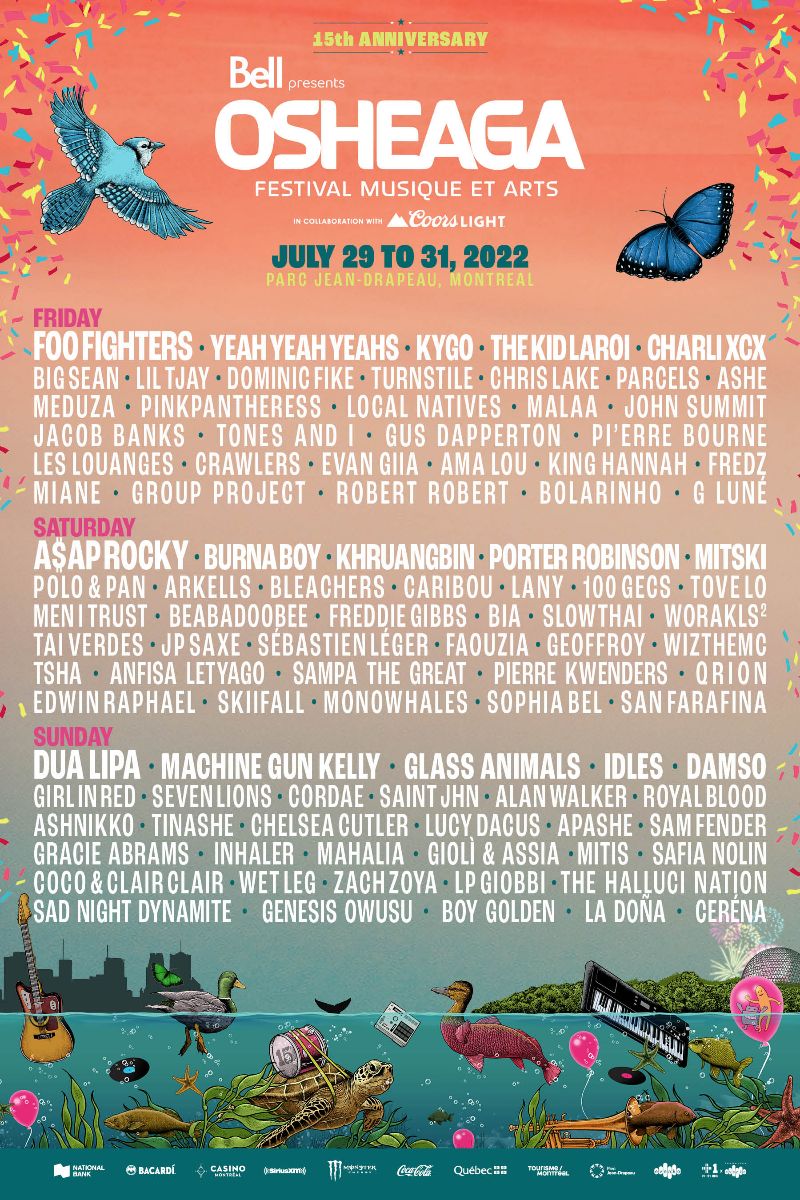 Friday, July 29 marks the long-awaited return of the Foo Fighters to Montreal. The 3-day event kicks off with unforgettable performances from artists such as 18 year-old wunderkind, The Kid Laroi, who has generated over a billion streams on Spotify for his Bieber collaboration, Stay; Norwegian DJ and global superstar Kygo will have fans feeling a higher love; rap legend, Big Sean, a major architect of the modern hip hop sound, who will surely have heads bobbing in the crowd. Friday will also herald the Osheaga debut of hyperpop artist PinkPantheress, whose bedroom pop ditties have made her a bonafide social media star; Dominic Fike, the indie rapper / pop star and Euphoria cast member whose recent hit, 3 Nights, was an international chart topper, will be making an appearance; Osheaga alumni and UK pop star, Charli XCX, who’s upcoming new album, Crash, is one of the most anticipated of the year; as well as the Yeah Yeah Yeahs, a festival favourite who headlined Osheaga in 2009 and many more.

Saturday is set to be an unforgettable day, packed with big beats, including a headlining set from rap superstar A$AP Rocky. The afro-fusion sound is also front and center this year with a much anticipated set from the African giant, Burna Boy, a motherland megastar who has influenced an entire generation of musicians and artists to embrace and celebrate the music of his Nigerian homeland. Japanese-American artist Mitski is one to watch – her unique approach to songwriting has made her one of the most exciting new artists to hit the international scene, the former prog-metal vocalist brings her visceral take on intimate songs to the Osheaga stage. Also on hand; Porter Robinson, the Grammy-winning electro house DJ who is on everyone’s must-see list; Bleachers, Jack Antonoff’s solo project, making a triumphant return to Montreal with a new album on the horizon, as well as some of the best artists this province has to offer, like local indie band Men I Trust.

Sunday’s lineup is an eclectic bunch with some major star power, including headliner Dua Lipa, as well as Machine Gun Kelly, who’s got a brand new album slated for release in March – the wild boy, who gained notoriety as an actor and A-list celebrity, is a huge draw for fans of rap, rock, and pop punk. The lineup also features some of the best young hip hop acts, like Damso, the massively successful Belgian-Congolese MC who raps in French. Sam Fender will return to Osheaga after a very successful performance at the 2019 edition, and with a critically-acclaimed new album under his belt, he’ll prove why he is deserving of the Brit Awards nomination for Best Solo Act in the World. girl in red will be making her Osheaga debut – the indie pop singer has very quickly become a queer icon with over 150 million streams of her hit, Wanna Be Your Girlfriend. Sunday also features an explosive set by UK’s IDLES, one of the most exciting live bands in the world with a ferocious post-punk sound, plus many more. 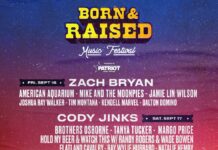